The new site in Boston’s Back Bay will scale to administer nearly 9,000 shots per day, the largest mass vaccination operation in Massachusetts

A new mass vaccination site at the Hynes Convention Center opened Thursday for a soft launch of what will become the largest-scale clinic in Massachusetts and a replacement for the one at Fenway Park.

The soft launch kicked off with capacity for 500 daily appointments Thursday, followed on Monday by the official launch. Capacity will ramp up to 1,000 the following week and, ultimately, to nearly 9,000.

Starting Monday, the site will be open from 9 a.m. to 5 p.m., seven days a week, with plans to extend weekday hours shortly thereafter. The Pfizer vaccine will be administered at the site, but that may change later contingent on the state's supply.

Earlier this month, Gov. Charlie Baker announced that the mass vaccination site at Fenway Park would close March 27 and be replaced by the Hynes Convention Center in Boston's Back Bay neighborhood.

Less than a mile from the ballpark, the Hynes is accessible by public transportation. Additionally, Boston Properties is allowing up to two hours of free parking in the Prudential Center Garage for vaccination appointments.

Run by CIC Health, the Cambridge-based health tech company is handling the transition from Fenway as the Boston Red Sox prepare to start the 2021 season. The first home game is scheduled for April 1 against the Baltimore Orioles.

Eligibility for vaccination appointments will continue to follow the state’s eligibility timeline.

People 60 and older in Massachusetts will be able to get the coronavirus vaccine starting Monday, with other groups following in the coming weeks.

Baker announced a new timeline Monday for when Massachusetts residents who have not received a COVID-19 vaccination shot will be able to sign up. He also released new information on vaccination locations across the state and how to schedule an appointment.

Starting Monday, residents 60 years and older as well as many front-line workers will become eligible. Frontline workers newly eligible for the appointments include restaurant workers, grocery and convenience store workers, public transit workers and those who work in the court system.

On April 5, eligibility will be expanded to those 55 years and older and those with one co-morbidity, Baker said in a press conference. On April 19, vaccination appointments will be opened to any resident 16 years or older.

People can preregister for appointments using the state's online system. Anyone without internet access or who cannot navigate the system may call 211 to preregister by phone.

More Coverage on the COVID Vaccine Timeline in Mass. 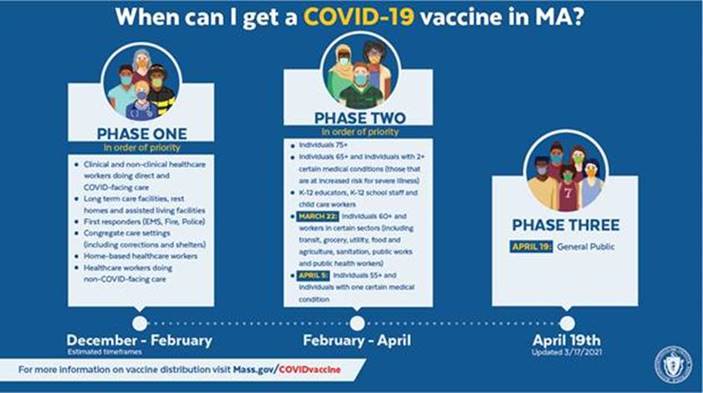 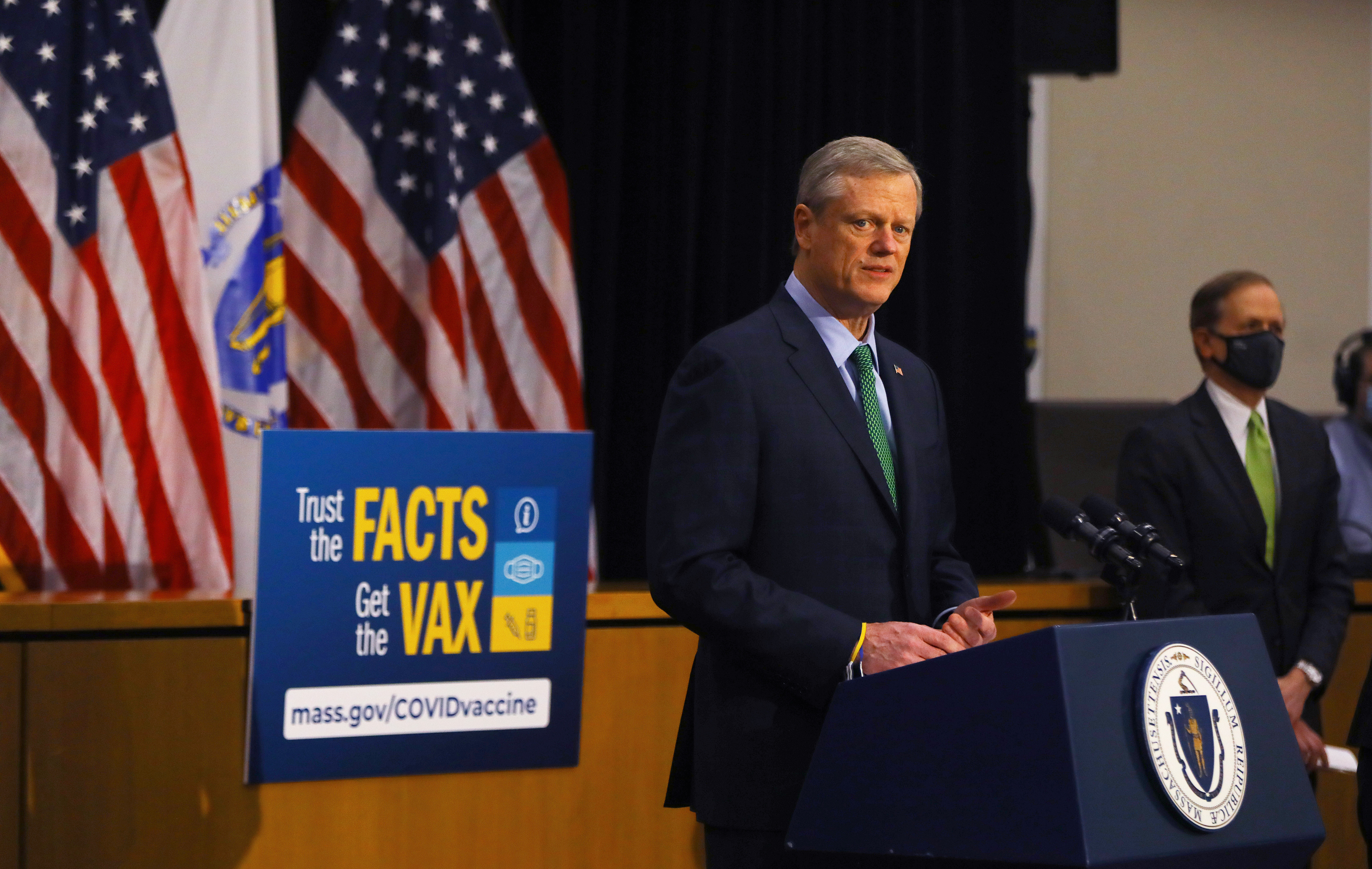