Norfolk Rep. Shawn Dooley of Norfolk announced Monday he would challenge Jim Lyons for the chairmanship of the party in January when the 80-person state committee votes to elect the chair for a new two-year term

After a disappointing election during which the state Republican Party warmly embraced a deeply unpopular President Trump, and continues to do so, MassGOP Chairman Jim Lyons is confronting growing frustration from within the party over his leadership and now competition for his job.

Norfolk Rep. Shawn Dooley of Norfolk announced Monday evening that he would challenge Lyons for chairmanship of the party in January when the 80-person state committee, of which he is a member, votes to elect the chair for a new two-year term.

Dooley, who was first elected in a special election in 2014, said the Republican Party needs a new and positive message in order to unify and win seats on Beacon Hill. The former town clerk pointed to the loss of one Senate seat this month and the net loss of one seat in the House as evidence of the need for change.

"I am not running to maintain the status quo - but instead for the opportunity to create a new beginning, to usher in a new age for the Massachusetts GOP, and most importantly - to win," Dooley said.

Republicans this year also lost two Senate seats in special elections, and the caucus in the 40-seat Senate will shrink to three in January.

Dooley has contributed to some of the division within his own party by supporting a lawsuit challenging Gov. Charlie Baker's executive actions to control COVID-19 and referring to the governor derisively on social media as "King Charles."

But with the party unable to capitalize on having a popular governor in office for six years, Dooley pointed out that for the first time since the party's founding in 1854 membership has fallen below 10 percent of registered voters.

"We need to show that we are focused on moving in a positive direction with real solutions not empty rhetoric. We cannot simply say the democrats are wrong, we must prove that our ideas are better," Dooley said, listing principles like fiscal responsibility, personal liberty, self reliance, and compassion.

The fight for control of the party comes at a fragile time for the MassGOP, which has moved away from Gov. Baker over the past two years, and seen its fundraising plummet as COVID-19 limited traditional activities and Lyons moved the party's messaging to the right.

As Baker has admonished Trump and national Republicans for sowing doubt about the results of the presidential contest, Lyons and the MassGOP have trumpeted the idea that voting fraud took place and encouraged the president not to concede.

"It's pretty sad that we're in a situation where the state has gone so far left, so far blue. You have to ask yourself what is the state party doing to help that. And all they're doing is doubling down on Trump because Jim Lyons is obsessed," said Marc Fantasia, who was the chair and treasurer of Republican Matt Kelly's unsuccessful state Senate campaign in the Norfolk, Bristol and Middlesex District.

More on the Biden Transition 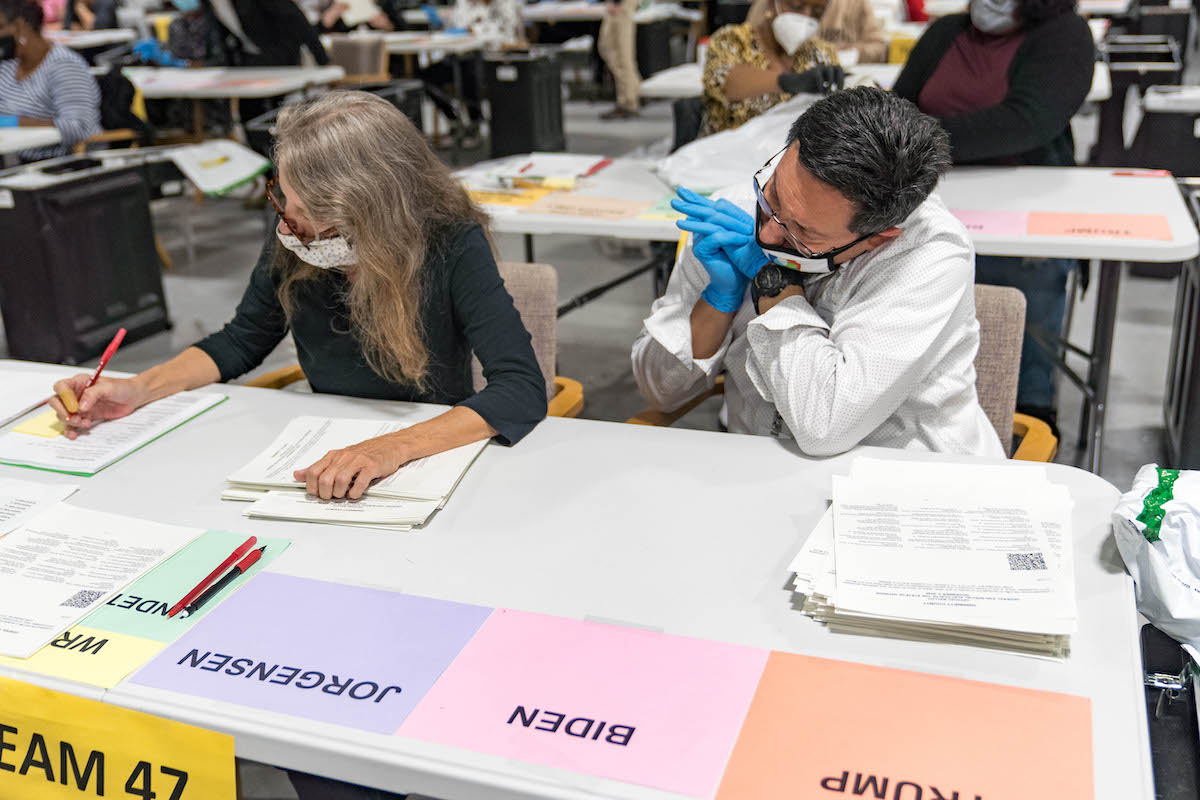 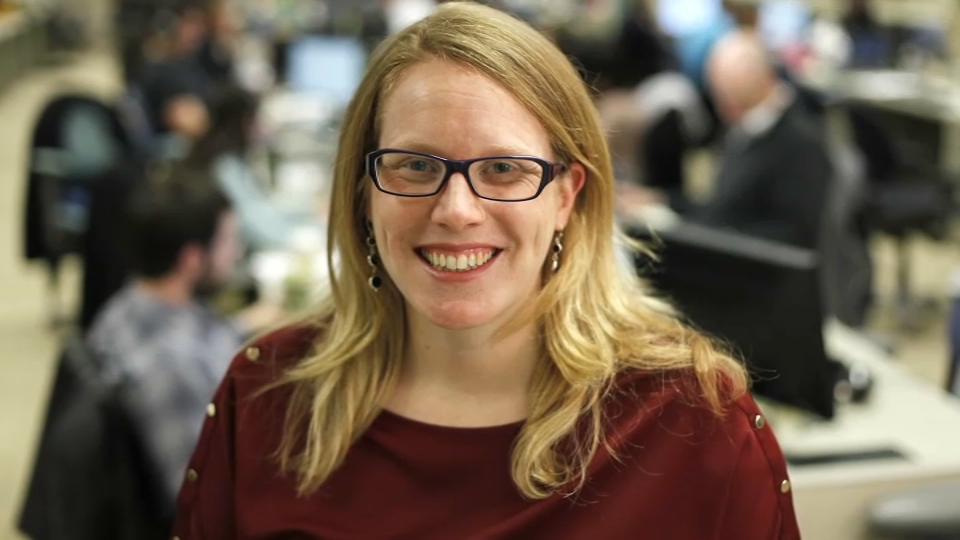 Kelly, a town councilor in Franklin, ran against Sen. Becca Rausch in a district that had been controlled by Republicans like Scott Brown and Richard Ross until Rausch, a Needham Democrat, defeated Ross in 2018.

Fantasia said he and Kelly sat down with Lyons and State Committee member Patricia Saint Aubin in January to discuss Kelly's possible candidacy, and were encouraged by both to jump into the race. Lyons, he said, told Kelly that if he raised $35,000 on his own, the party would chip in with some additional support.

But in late September when Kelly had raised over $50,000 for his campaign and was looking for the party to help him with a $4,000 mailer targeting voters in Millis and Attleboro, Lyons said the party couldn't help.

"Happy to hear that the campaign is going well. As you point out a lot has changes since January. At this time the mass gop is not able to assist you your (sic) campaign," Lyons replied in a short email, a copy of which was shared with the News Service.

A follow-up email from Kelly to Saint Aubin seeking her intervention was not returned.

"We believe they were specifically not helping us because we refused to endorse Donald Trump," Fantasia said.

A spokesman for the party did not immediately respond Monday to questions about the party's finances, how much support the MassGOP gave to legislative Republican candidates this cycle or Dooley's decision to run against Lyons.

Fantasia said he doesn't mean to suggest that if the party had helped Kelly he might have won. Even though Kelly outperformed Trump in the district by focusing on local issues, Rausch defeated her challenger with 60 percent of the vote.

A coalition of federal agencies is refuting President Trump's baseless claims of election fraud, calling this the most secure election in American history; more GOP senators call for sharing of intelligence briefings.

Just why the MassGOP was unable to help a candidate like Kelly is unclear, but the party's fundraising this cycle has greatly lagged past elections.

The party reported raising just $1.7 million in 2019 and 2020 through its federal account, compared to $5 million in the previous cycle, and spent $1.94 million, which was considerably less than the $4.77 million spent for the 2018 midterms when Gov. Baker was also on the ticket.

On the state side of its ledger, the story was similar.

Over the past two years with Lyons as chairman, the party raised $1,265,222 and spent $1.55 million through its state account. The prior cycle the MassGOP reported raising $3.17 million and spending more than $2.7 million.

The MassGOP had $273,970 in its combined state and federal accounts as of its last filed reports in October, and Lyons has already taken cost cutting measures such as leaving some top positions at the party unfilled and moving its headquarters from downtown Boston to Woburn.

Without financial help from the party, Kelly benefited from close to $60,000 in spending on his behalf by the Massachusetts Majority super PAC, which is run by allies of Baker and spent heavily to support mostly Republican legislative candidates in 2020.

After the election, Baker did not directly address a question about whether the party needed new leadership or a new message. But the governor made clear that he believes local candidates should run on local issues.

"Obviously, I think going forward to be successful in 2022, which is now what everybody's going to start thinking about, we need to recruit some candidates who build a base of support in local communities, make the case that their presence in the Legislature, which is where I really am focused, can be successful and do the work and focus on the issues people care about," Baker said.

Dooley might not be the only challenger Lyons has to fend off to keep his job in January. The Boston Globe reported Monday night that Michael Valanzola, a state committee member and one-time Baker administration official who was forced to resign, might also run.

Valanzola was part of a group of GOP leaders that included long-time Republican National Committeeman Ron Kaufman who formed a PAC in the closing weeks of the campaign to support legislative candidates.

Lyons after the election congratulated all the Republicans who ran this cycle, and in an email to supporters vowed to "continue to play offense." But for campaigns like Kelly's, some believe the party is going to need a different message if it wants to win.

"We don't need Donald Trump on the website of the MassGOP," Fantasia said. "You really could not have played this any worse."