In-depth news coverage of the Greater Boston Area.
clean up

Roughly 15,000 of the power outages during the Monday night storm were in the Greater Portland area

Before it roared its way out of Maine, a powerful storm Monday night into Tuesday left more than 100,000 people without power, downed trees and even started an electrical fire outside of a nonprofit organization.

Roughly 15,000 of the power outages during the storm's visit were in Greater Portland with wind gusts of 53 mph recorded at the Portland International Jetport.

Parts of the city's West End were without power for about 11 hours, which residents called "very unusual."

The outage included a section of the neighborhood on Brackett Street where a downed wire forced 12 people at the Ronald McDonald House to evacuate when it sparked a fire that melted bricks on a sidewalk and caused smoke damage inside the structure itself.

More on Storm Clean Up 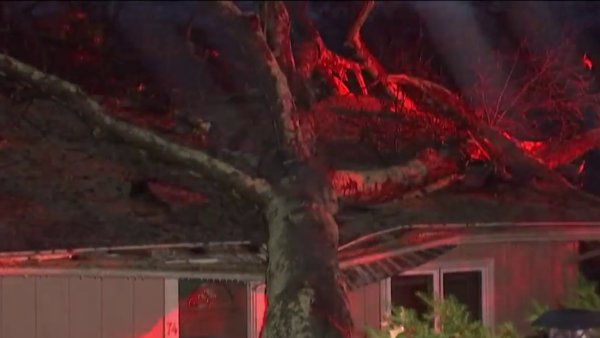 Groves said he saw the "orange aura" from the 7200 volt line sparking from a distance away as he drove towards the house to get people out of it.

The guests there are now spending the night at a Portland area hotel.

Elsewhere, a six-month-old infant in a crib narrowly avoided a tree that crashed through the apartment building it was sleeping in Lewiston.

In Bangor, parts of the city's downtown including a parking garage were closed due to flooding.

Other flooding was reported along rivers in rural Piscataquis County, near Dover-Foxcroft.

Back in Portland, an hours-long 911 shortage was fixed overnight. Officials have not commented on the exact reason why it happened.

As of 5:30 p.m. Tuesday, Central Maine Power was reporting about 21,000 customers without power, while Versant Power reported about 7,000 customers impacted by outages.

Several trees were down Monday night in many neighborhoods in Hopkinton, Massachusetts, after gale-force winds and rain lashed much of the northeastern U.S.