States across New England reported major power outages, with crews scrambling to restore electricity ahead of the Christmas holiday

The storm that brought downpours and strong winds to the Boston area and across New England knocked out power for hundreds of thousands of people region-wide Friday.

And as workers scrambled to restore downed power lines, temperatures were plummeting, complicating the recovery effort along with lingering high winds days before Christmas.

"Really the biggest challenge we faced is the wind," said Bill Malee, National Grid's vice president of emergency planning. "They would die down and gust again, which made it challenging for our crews to have a sustained restoration."

Power outages were widespread across New England -- and sustained.

There were just over 40,000 customers without power across the Bay State as of 11:30 p.m., according to the Massachusetts Emergency Management Agency, down from nearly 70,000 around 8:45 p.m. -- about as high as the number had gotten throughout the day. It had peaked in the morning before dropping off, but the return of high wind gusts in the evening brought a new round of outages.

National Grid said the Merrimack Valley was the utility's hardest-hit area of Massachusetts, though being in the dark didn't phase Cynthia Blandini, of North Andover.

In the Merrimack Valley Friday evening, thousands of people were without power after the storm knocked out trees and utility poles, and took out power lines. National Grid says this was their hardest hit area.

In New Hampshire, just under 100,000 customers were in the dark before midnight. Firefighters in Candia urged residents to hunker down at night, writing on Facebook, "Not pretty out there tonight. If you can stay home, we’d suggest it. Multiple trees down throughout town."

More than 264,000 Central Maine Power customers had lost power as of 11:45 p.m. and the number had been climbing for hours Friday night.

Homes across the region were affected, but the problems had knock-on affects for travelers at the Portland International Jetport in Maine, which lost power for about an hour and requiring at least two flights to be diverted.

Cities and towns regionwide were dealing with trees falling.

"When we think about all the physical repairs that our crews need to do up in the bucket trucks, we really need the winds to start dying down for them to safely get out there and do their job," said Eversource spokesperson Chris McKinnon told NBC 10 Boston Friday morning.

Tens of millions of Americans endured bone-chilling temperatures, blizzard conditions, power outages and canceled holiday gatherings Friday from a winter storm that forecasters said was nearly unprecedented in its scope, exposing about 60% of the U.S. population to some sort of winter weather advisory or warning.

The worst of the storm in terms of wind and rain was expected Friday morning. While that will phase out by Friday afternoon, cold air will flood into New England, which could cause roads to freeze over.

"The flash freeze is the biggest concern for drivers on the road," said McKinnon. "A lot of outages are caused by crashes into utility poles." 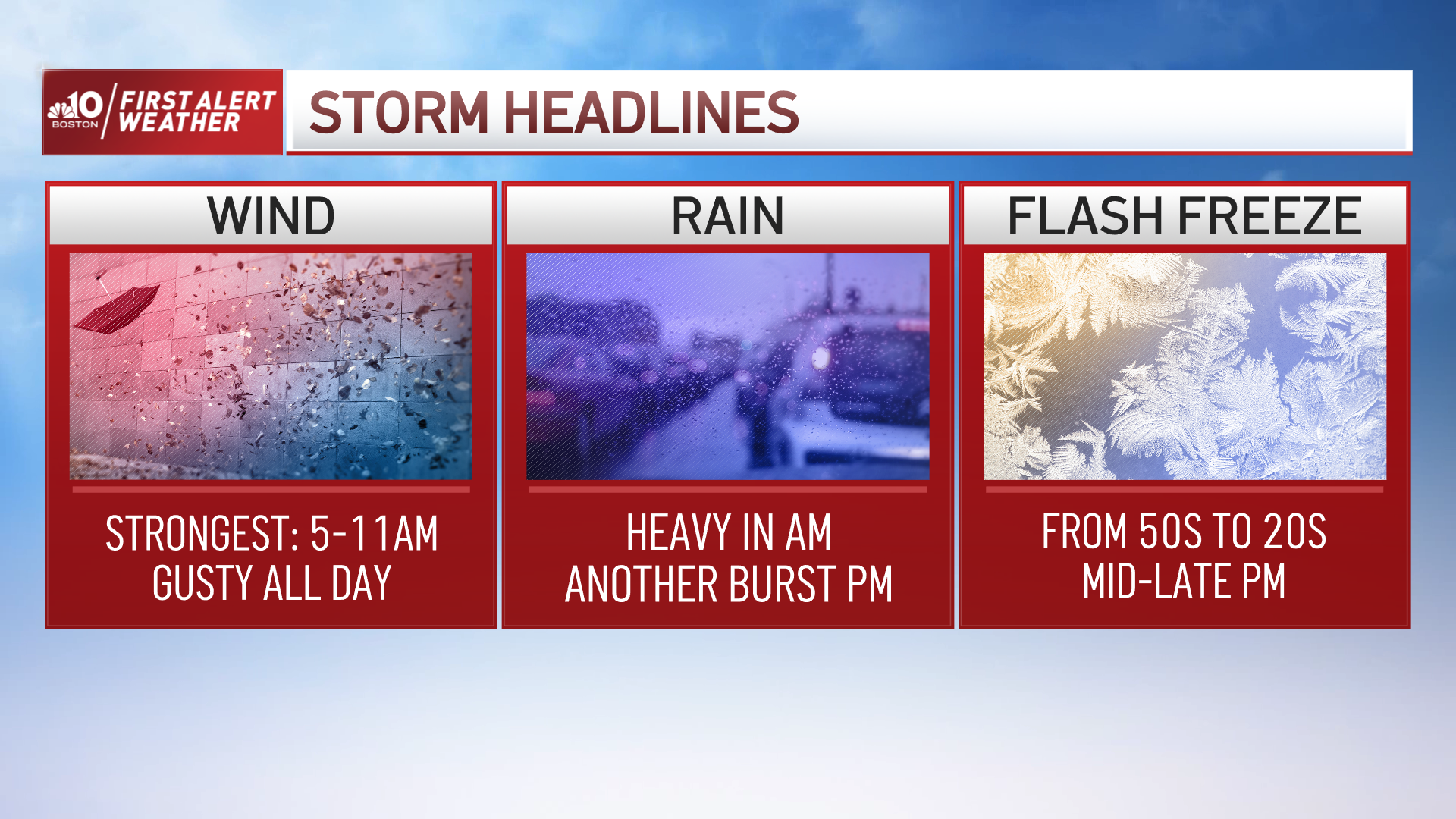 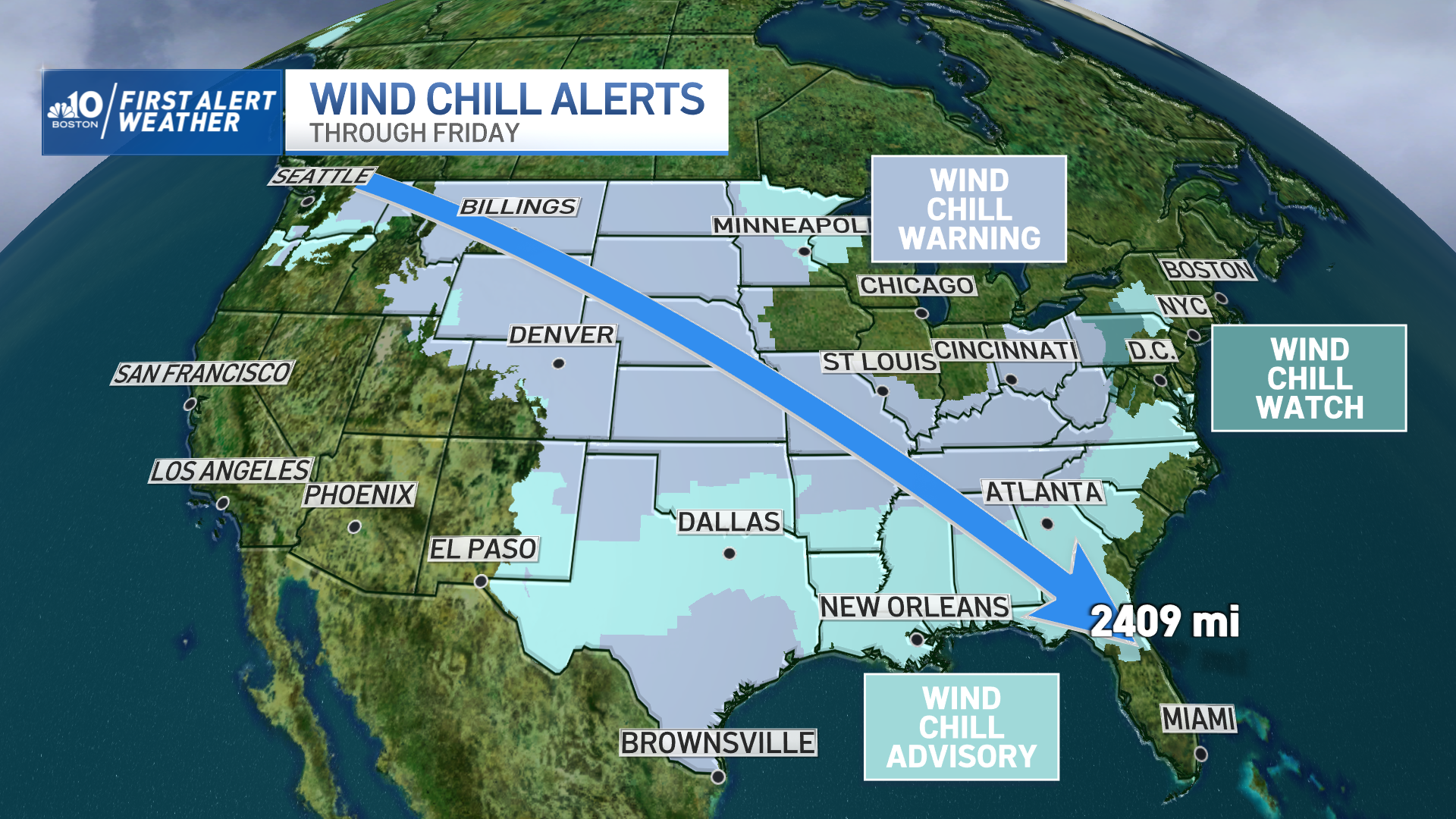 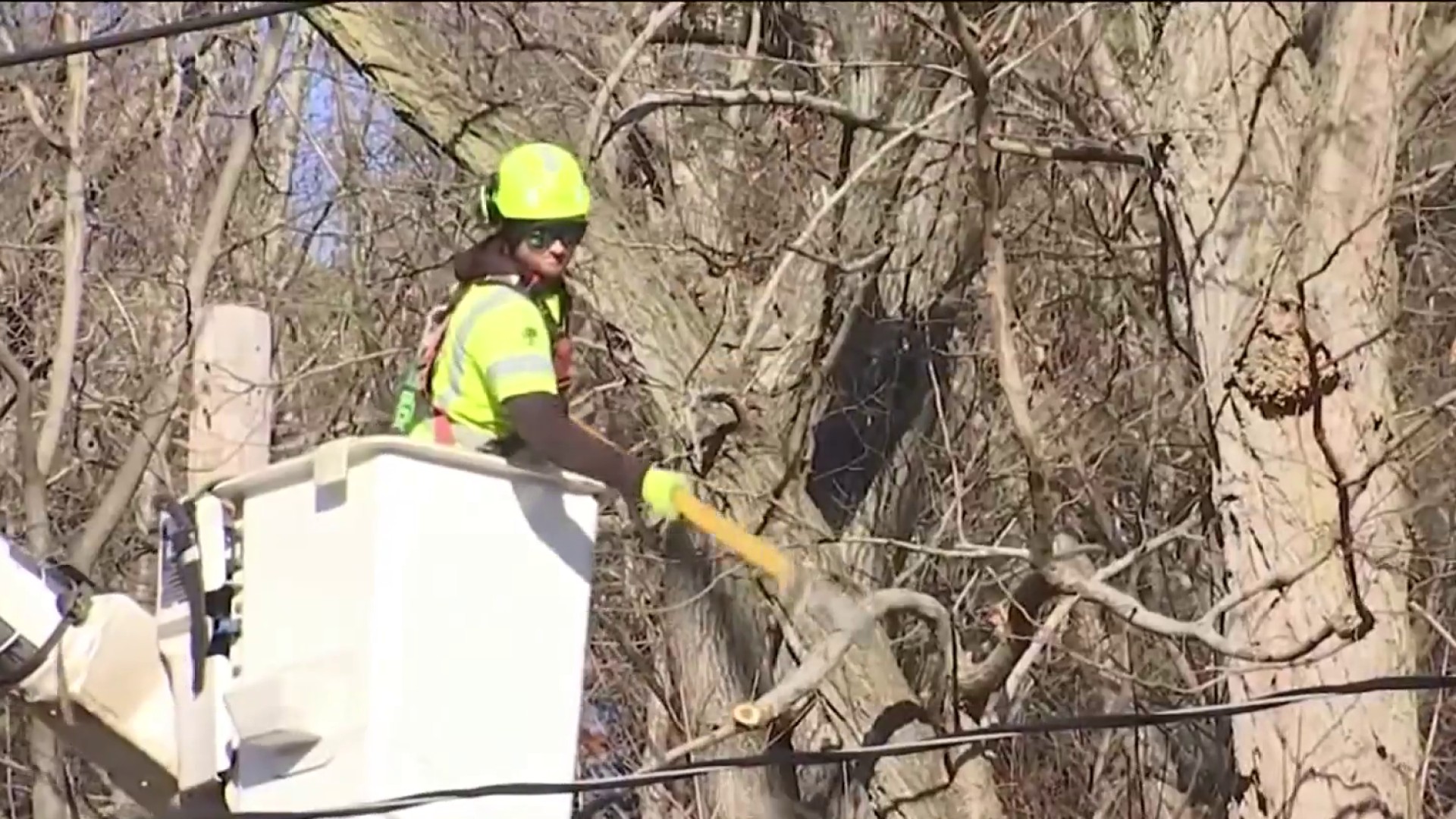