An arrest warrant has been issued for a second suspect wanted for the alleged carjacking, authorities say

A Massachusetts man is facing several charges after police say he carjacked a woman in Stoughton last week while armed with a gun.

Kristopher Depina, 25, of Boston's Mattapan neighborhood, was arrested Thursday in Brockton after a weeklong investigation.

Last Wednesday, a 64-year-old woman told police she had been leaving work on Sumner Street in Stoughton and got into her vehicle when a man in the back seat struck her in the face with what appeared to be a gun.

The woman was allegedly told to get into the passenger seat but refused. Instead, she said she drove down the street until she could get the attention of another motorist and exit the vehicle.

Police were able to track the license plate to an apartment in Randolph, where they questioned two people who they later released.

Upon further investigation, an arrest warrant was issued for Depina who was tracked to a North Warren Avenue residence in Brockton on Thursday. As detectives from Stoughton, Randolph and Brockton approached the apartment, authorities said Depina and other occupants inside tried to flee the scene with Depina jumping out of a window.

Depina was taken into custody but police said it took several officers to do so. Some of the officers suffered minor injuries, authorities said. 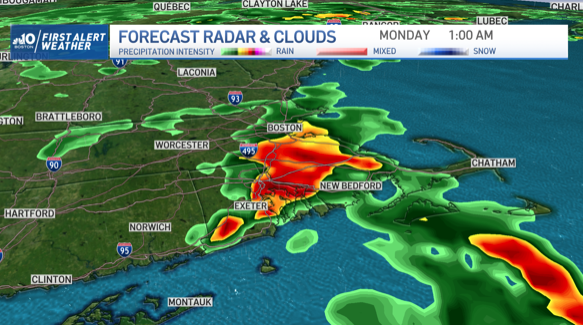 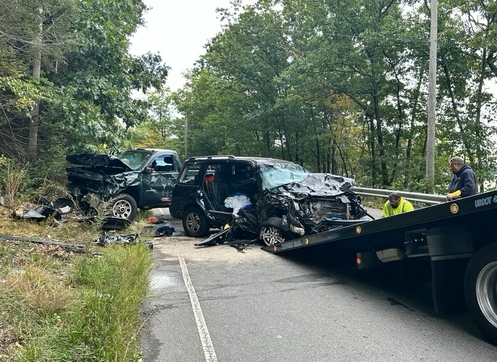 In the process of the arrest, police said several firearms were recovered.

Depina is facing charges of armed carjacking, assault and battery with a dangerous weapon, kidnapping, conspiracy to commit a crime, breaking and entering a motor vehicle and armed robbery while masked.

Police also issued an arrest warrant for Mykilah Stewart, a 23, of Randoph, who they say is wanted for conspiracy to a felony.

It's unclear when Depina will be arraigned or if he has an attorney.