Tens of thousands of people woke up without power in Massachusetts Tuesday as howling winds tore down power lines, trees and caused other damage. By nightfall, more than 4,000 people remained without power as winds continued pounding new England all day.

The strong winds picked up late Monday night, gusting near 60 mph in some places and creating a sub-zero wind chill.

Heavy winds toppled a tree into a home, knocked the side off a Boston building and made fires hard to fight in Massachusetts Tuesday.

A large tree snapped and crashed into a house and garage in Westboro, causing extensive damage. There were various branches down throughout the area and trash cans rolling around the streets as the howling wind continued.

The owner of the house said she and her husband were in their bedroom on the far side of the house when the tree came crashing down at about 10 p.m. last night. The tree broke through the roof, but the woman said the interior damage wasn’t as bad as it looked from the outside.

The Westboro Fire Department reminded residents to keep their smart devices charged and be prepared for the possibility of a power outage. They also said to plan for cold temperatures overnight.

The strong wind gusts even caused a part of the scaffolding to come down from a seven-story building on St. Alphonsus Street in Boston's Roxbury neighborhood Monday night. No one was injured.

Firefighters blocked off the area in case any more debris comes down to prevent injuries.

"We're just making sure the building is safe, that the tenants are safe and that there isn't any further dislodge of the scaffolding that might cause some injuries," Boston Fire Department District Chief Pat Nichols said.

Officials said there is a significant amount of debris in the street next to the building and behind it. The conditions were too dangerous to clear it Monday night. Crews are slated to be back on scene Tuesday morning for cleanup.

Another tree came down on Fuller Street in Brookline, falling across two yards, hitting part of a house and crushing a fence. And in North Wilmington, a downed tree blocked the driveway of the Avalon Oaks apartment complex.

A large tree came down on the power lines in Norwell near 370 Circuit Street, rendering the road impassible. National Grid was notified, according to the fire department's Facebook page.

Billerica Police closed off Sheldon Street between Oak Street and the Tewksbury line as they dealt with downed wires Tuesday morning.

Officials in Upton also closed down Chestnut Street in the area of Shore Drive due to a downed tree.

In Topsfield, a tree branch from an old pine tree pierced the roof on Ledgewood Circle in Topsfield around 4 a.m. in two places in the upstairs den and another in the bathtub.

“It sounded like a bomb went off it was monstrous so loud,” said Kelley Montgomery, who lives in the home.

The tree will stay on the house until tree crews can get a crane in on Wednesday morning. The damage is substantial.

In New Hampshire, the Pelham Police Department responded to Balcom Road for a tree down across the roadway. Police said the tree struck a vehicle when it fell.

Bridge Street/Route 38 was closed at Balcom Road due to the downed tree. Police asked people to avoid the area.

Elsewhere in Pelham, another downed tree closed Marsh Road between Willow and Burns. Again, residents were asked to avoid the area. 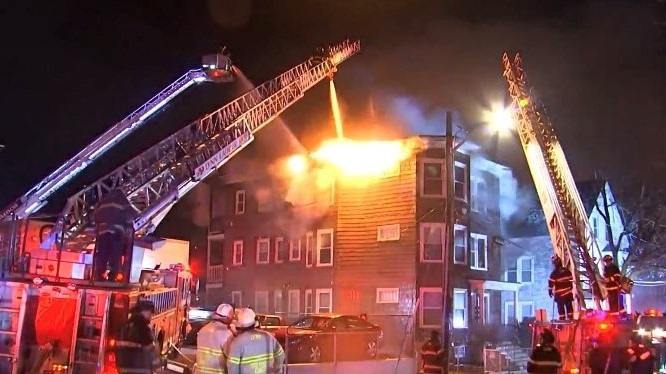 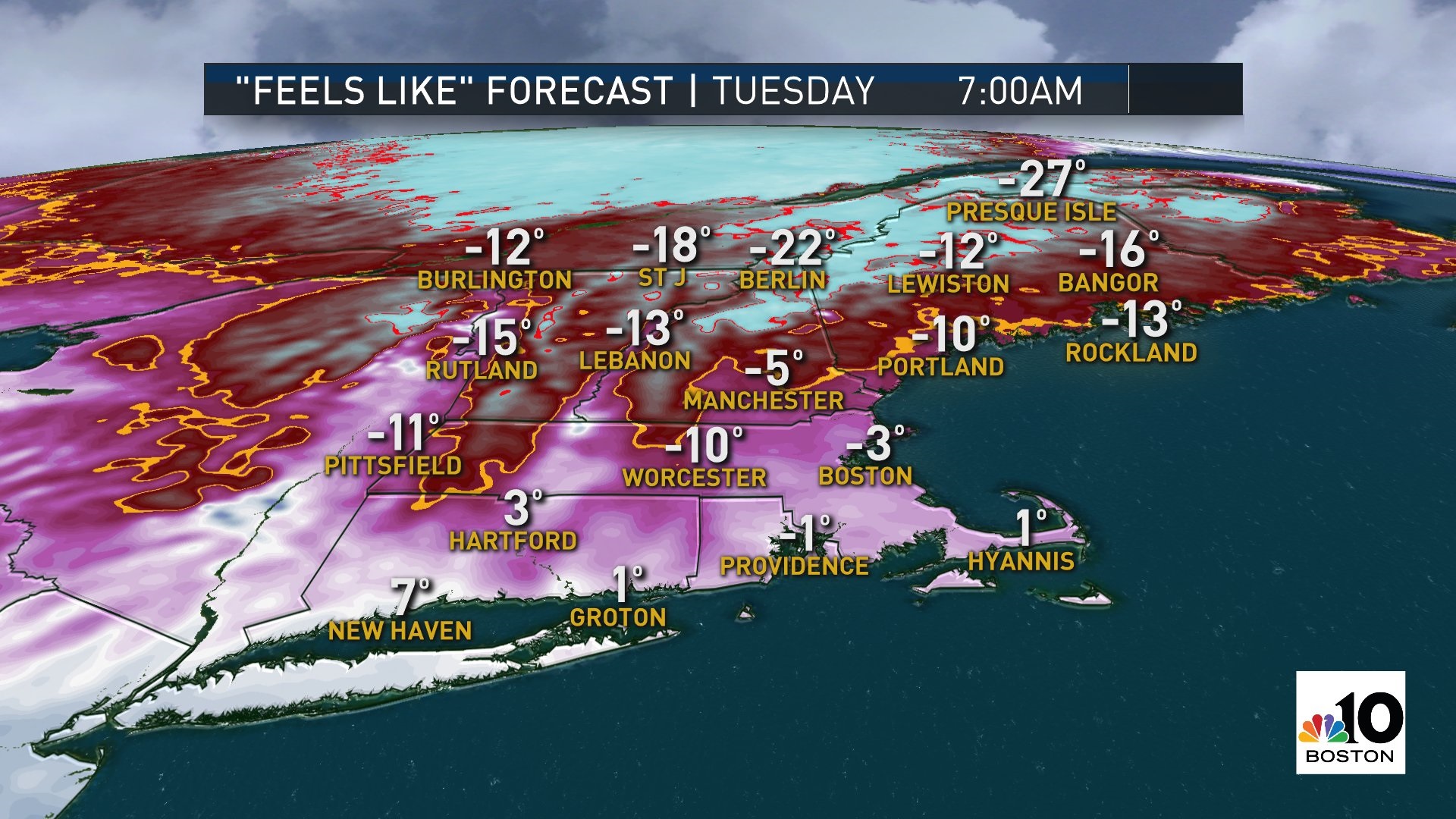