Luckily, no one suffered serious injuries after an SUV slammed into the Pressed Cafe on Needham Street in Newton on Monday afternoon

An SUV slammed into a busy restaurant in Newton, Massachusetts, on Monday afternoon, sending glass flying into the area where people typically pick up their food orders, where employees work behind the cash registers, and near where people eat on the outside patio.

The Newton police and fire departments responded shortly after 3 p.m. and found a black BMW inside the popular Pressed Cafe on Needham Street. A mom in her 50s was driving with her teenage daughter in the front passenger seat, and two of the daughter's friends in the back, Newton Police Lt. Bruce Apotheker said.

The mom and her daughter, whose names have not been released, were taken to a local hospital with what was described as non-life threatening injuries, Apotheker said. The teens in the backseat were picked up by family members.

Video from the scene showed several firefighters standing near the SUV that was wedged halfway inside the building, with large glass windows visibly shattered all around, and several chairs being used to block off the area with yellow police tape.

A Pressed Cafe manager, who says there were about 50 people inside the restaurant when the crash happened, declined to release surveillance video of the accident from inside the cafe, but it shows a customer waiting for his order and standing just inches from the impact.

"God was watching over a lot of people today," Apotheker said. "There's a person that we've seen in a video from inside that just missed getting struck. That's usually a very busy area. I'm actually in there a few times myself and I stand in that same exact location so it kind of hits home, but today there were a lot of lucky people out there that could have been hurt that weren't."

Newton police are still investigating what caused the driver to crash into the storefront, but several witnesses who spoke with NBC10 Boston Monday said it appeared a woman hit the gas instead of the brakes as she pulled into a parking spot.

A woman who was standing at one of the first registers as she ordered food told NBC10 Boston she was about five feet away from the crash.

"We were ordering and we heard a very loud, scary, abrupt crash. And it was unreal to see the vision of this vehicle just kind of slamming, so we just ran the other direction," Carolyn Siegal said.

"We were ordering from people that were within feet away, so it was really, really fortunate that no one was standing in that space that people often stand in. They can stand there to wait for their food and their coffee. I'm just thankful that everybody's safe because it was close," she added. "I noticed there were kids in the car so that was pretty alarming. But you could make no sense of it. It's just one of those things. You can make no sense of it."

Siegal and her son Jake said they were shaken up after a really close call.

"It was just very jarring, jarring. And we're shaken up. It's just really crazy...we were not far," she said. "If we had gotten our orders and were waiting for it, we probably would have been waiting there, so thankfully that didn't happen."

"I was standing right there...I heard her, I heard somebody hit the gas instead of the brakes, and they flew right into the building. All I hear is a big smash," said Mike Beshara, who was standing on the cafe's patio at the time of the crash. "Nobody got hurt thankfully. There's usually people that pick up their orders right there, and nobody got hurt."

Beshara said the woman who was driving also had passengers in her car, and that he's thankful no one was hurt.

"I seen them carrying her out, I believe she had her daughter in there or something. They took her out right away. She looked like she was really scared, you know," he said. "All I hear is a big bang. I'm happy no one got hurt inside. I could have been standing there."

Joanne Krupp couldn't believe what she witnessed and is shocked no one was hurt.

"We're sitting here and all of a sudden, hear a loud crash. And we turned around, and we see this SUV BMW through the window, and we thought, oh my god, how could that happen? It was like unbelievable. And it turns out that the lady put her foot on the gas instead of the brake. But it's unbelievable when you look at it and you see that the vehicle is halfway inside Pressed Cafe," Krupp said.

"Pressed Cafe is a very popular place in Newton. What's really astounding is the Newton Fire Department came so quickly to the rescue and no one was hurt. And the top of her car had a window, and it was open, and none of the glass came in. I mean, they were very lucky," Krupp added. "Stuff happens, that's what I think of it. It could happen to anybody. It's a little scary because you could have been sitting on the other side, inside Pressed Cafe, and the car comes through, and it's over. Internal bleeding." 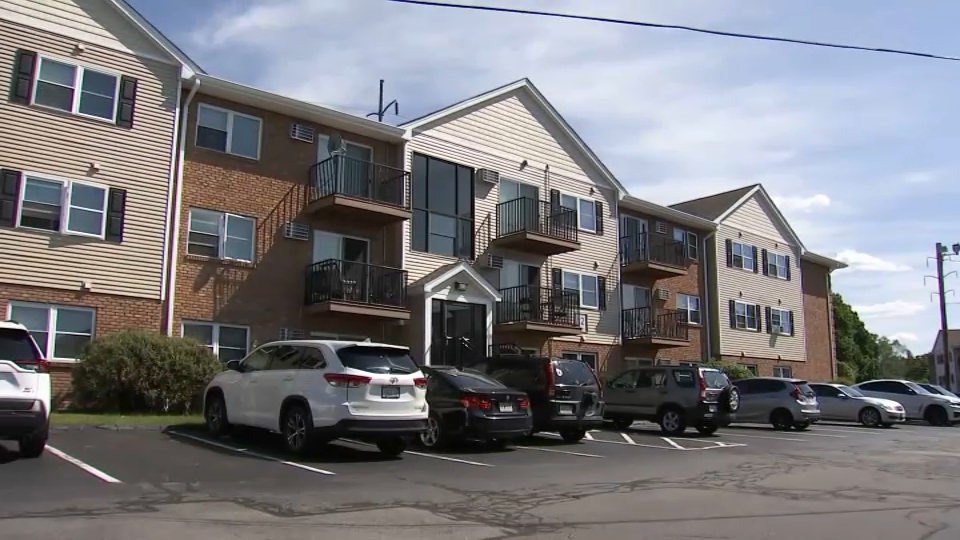 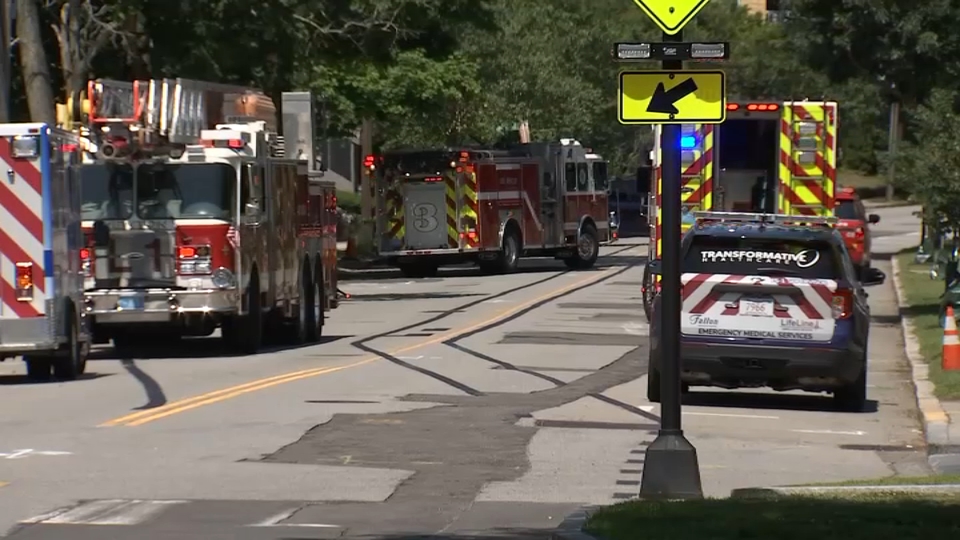 Suzanne Wallace, a nurse practitioner who happened to be in the parking lot at the time of the crash with her daughter, said she was right next to the SUV that went crashing into the cafe.

"We were in the car right next to them, we were leaving Chipotle. They were pulling up. It looked like they were getting ready to get out of the car, and I don't know exactly what happened, it appears as though she hit the accelerator instead of the brake, I don't know. I kind of looked up and heard it, saw it, heard it before I saw it to be honest because I was getting ready to leave," Wallace said. "And so we jumped out quick and I was like, oh I should move my car. So she jumped out and made sure someone was calling 911. I moved my car, and then went over to make sure that they were okay, myself and another nurse practitioner that were here, until the police and fire got here."

Wallace said there were several people inside the SUV and while they appeared okay physically, they were definitely shaken up.

"There was four people in the vehicle, she was an adult, it looked like the other three were teenagers type age, everybody seemed okay. She was pretty shook up. but physically they didn't appear to be pinned. Our biggest concern and why I have the towel in my hand is because their sunroof was open and glass was still falling from the windows, so the other nurse practitioner and I tried to help kind of cover that up. It didn't quite work but everybody seemed to be okay, but a bit upset obviously," Wallace said.

"I don't want to put words in their mouths but they did seem, I can only imagine, kind of embarrassed, scared, fearful. They couldn't get out of the car, like they couldn't move it," Wallace added.

Wallace says her gut instinct was to help, and that fire and EMS showed up and were able to get the woman out.

Both Wallace and her daughter Abbey are relieved everyone appears to be okay.

"It was loud, and it was fast, but I'm just glad they're all okay," Wallace's daughter Abbey said. "Very lucky."

"I think there were some people that were right inside, I think the employees stand there, so they were pretty shaken, as well," Wallace said.

Apotheker said this kind of call is "very difficult" for first responders.

"It can bring back memories of other crashes that have occurred in the city but thank God that no one was seriously injured with this crash today," he elaborated.

The SUV was towed away from the building later Monday, and the woman's family told NBC10 Boston everyone is doing well but they declined to comment further.