The vandalism at all the properties including Pilgrim Maiden and Pilgrim Memorial State Park has since been cleaned up, police said

A Massachusetts teenager is facing numerous charges of vandalism to historic landmarks, including Plymouth Rock, according to police.

On the morning of Feb. 17, police received several reports of vandalism to properties that were defaced with red spray paint - most written with the number and letter combination 508 MOF.

The locations police say were vandalized include:

After reviewing video footage from several locations, police were able to identify a 17-year-old Plymouth resident who they say is responsible for the vandalism. The male teenager has not been publically identified.

The teen is facing 11 felony counts of vandalism and one count of trespassing. It's unclear when the teen will be arraigned on the charges.

Plymouth Police Chief Michael Botieri told The Patriot Ledger the teen offered no explanation for what was written. The vandalism has since been cleaned up. 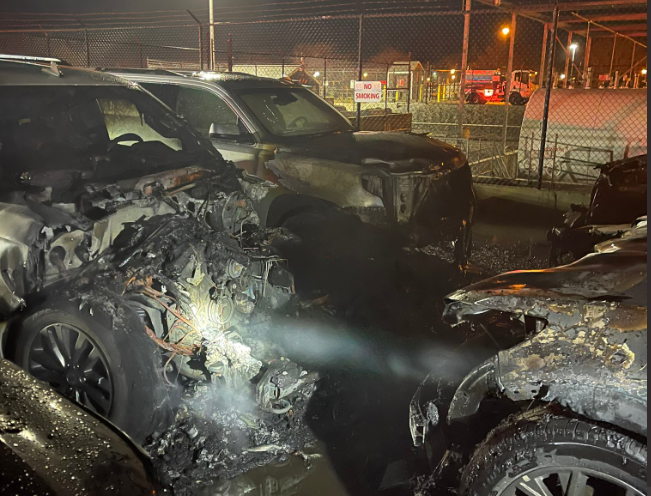 The Feb. 17 vandalism is not connected to vandalism to the town's 9/11 Memorial discovered last Sunday, Botieri said.