Sites, hospitals and universities are participating in the COVID-19 Memorial -- the national moment of unity and remembrance hosted by the Presidential Inaugural Committee -- by lighting up their buildings

More than a dozen sites are being illuminated in Boston Tuesday evening in solidarity with cities across the nation memorializing the hundreds of thousands of lives lost to the COVID-19 pandemic.

The Presidential Inaugural Committee announced that it would host the COVID-19 Memorial in honor of those who have died from the coronavirus the day before President-elect Joe Biden is sworn into office.

The committee invited cities and towns around the country to light up their buildings and ring church bells at 5:30 p.m. ET on Jan. 19 in a "national moment of unity and remembrance." A ceremony was held at the Lincoln Memorial Reflecting Pool in Washington, where Biden delivered his final address as president-elect.

Additionally, the following hospitals and universities in the Longwood Medical Area are participating by illuminating their buildings in an amber hue.

Meanwhile, signs that Boston is on alert ahead of the inauguration of Joe Biden as the nation's 46th president were increasingly visible on Monday.

The Massachusetts National Guard staged behind the Boston Convention and Exhibition Center and access to the State House was restricted after being nearly closed off entirely on Sunday.

As the country awaits the transition of power - officials are preparing for all possibilities both locally and in the nation's Capitol.

Todd McGhee, a retired state trooper who runs his own security firm, pointed to the mob of people who stormed the U.S. Capitol nearly two weeks ago, many of whom had come from a rally held by President Donald Trump. The incident left five people dead and interrupted the peaceful transition of power after an election with no sign of widespread voter fraud.

Based on intelligence gained in the wake of the attack, the FBI warned of armed protests at state capitols around the country, which is why barricades have been put up on Beacon Hill and Gov. Charlie Baker activated up to 500 members of the National Guard.

While the FBI has cautioned that there are no specific threats known against the Massachusetts State House, McGhee said the possibility is real and all necessary precautions must be taken.

Signs that Boston is on alert ahead of the inauguration of Joe Biden as the nation’s 46th president have become increasingly visible. 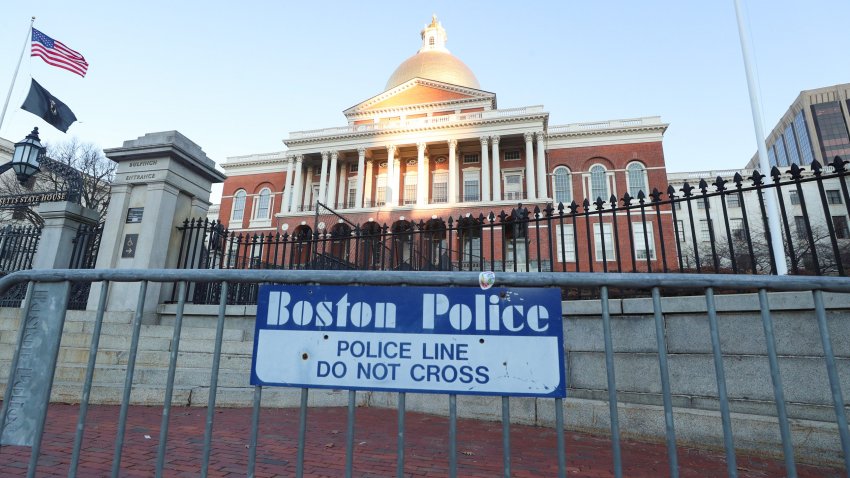 Security Ramps Up in Boston Amid Warnings Before Biden's Inauguration Streets Reopened After Mass. State House Secured by Police Out of ‘Abundance of Caution'