Power outages are the biggest concern in the latest storm as strong winds gust through the region. Thousands of people woke up in the dark Friday morning in Massachusetts.

A high wind warning was in place for parts of Massachusetts and Rhode Island until 9 a.m., according to the National Weather Service. Eversource utility crews from out of state were positioned throughout the region and prepared to respond to any downed trees or wires.

“With those high wind risks -- over 60-65 mph gusts in some places -- there is that potential for damage and tree limbs to come down on power lines and knock power out," Chris McKinnon of Eversource said. "But we just want to make sure we have enough people that are ready to go.”

Eversource saw widespread impact from Cape Cod all the way to the Berkshires, McKinnon said. Outages were on the South Shore and the Cape, but also scattered through the interior of Massachusetts.

"It is kind of a challenging storm when you think about just the widespread possibility for damage," McKinnon said, "but we do have those hundreds of crews that have been pre-staged all across the state, and they are ready to go."

Power outages are the biggest concern in the latest storm as strong winds gust through the region. Thousands of people woke up in the dark Friday morning in Massachusetts.

Many Massachusetts communities were dealing with downed tree limbs on wires Friday morning from the strong winds, including Hopkinton, Duxbury and Pembroke.

Crews were still working to remove a tree off a power line on Pleasant Street Friday morning and a tree caught fire when it hit a power line on Tremont Street in Duxbury.
Not far away, another tree fell on a Duxbury home, damaging the chimney. On the Pembroke-Duxbury line, a downed tree prevented a large tanker truck from passing for more than two hours.

"I tried to help him but his truck is too heavy and he didn’t want to turn around and he is just waiting," resident Andrius Siska said, adding that he was glad the storm didn’t leave any trees down on his house.

Initially, Duxbury Public Schools issued a two-hour delay due to the power outages and down trees, but later canceled school all together.

McKinnon said Eversource crews were out working on tree, limb and debris removal Friday morning and making sure any downed power lines were cleared. As wind conditions die down, hundreds of crews will go up in bucket trucks and work to get power restored "quickly," McKinnon said.

Some island ferries were cancelled Friday morning due to the weather. The Massachusetts Steamship Authority cancelled ferries between 5:30 a.m. and 7 a.m. between Vineyard Haven and Woods Hole. 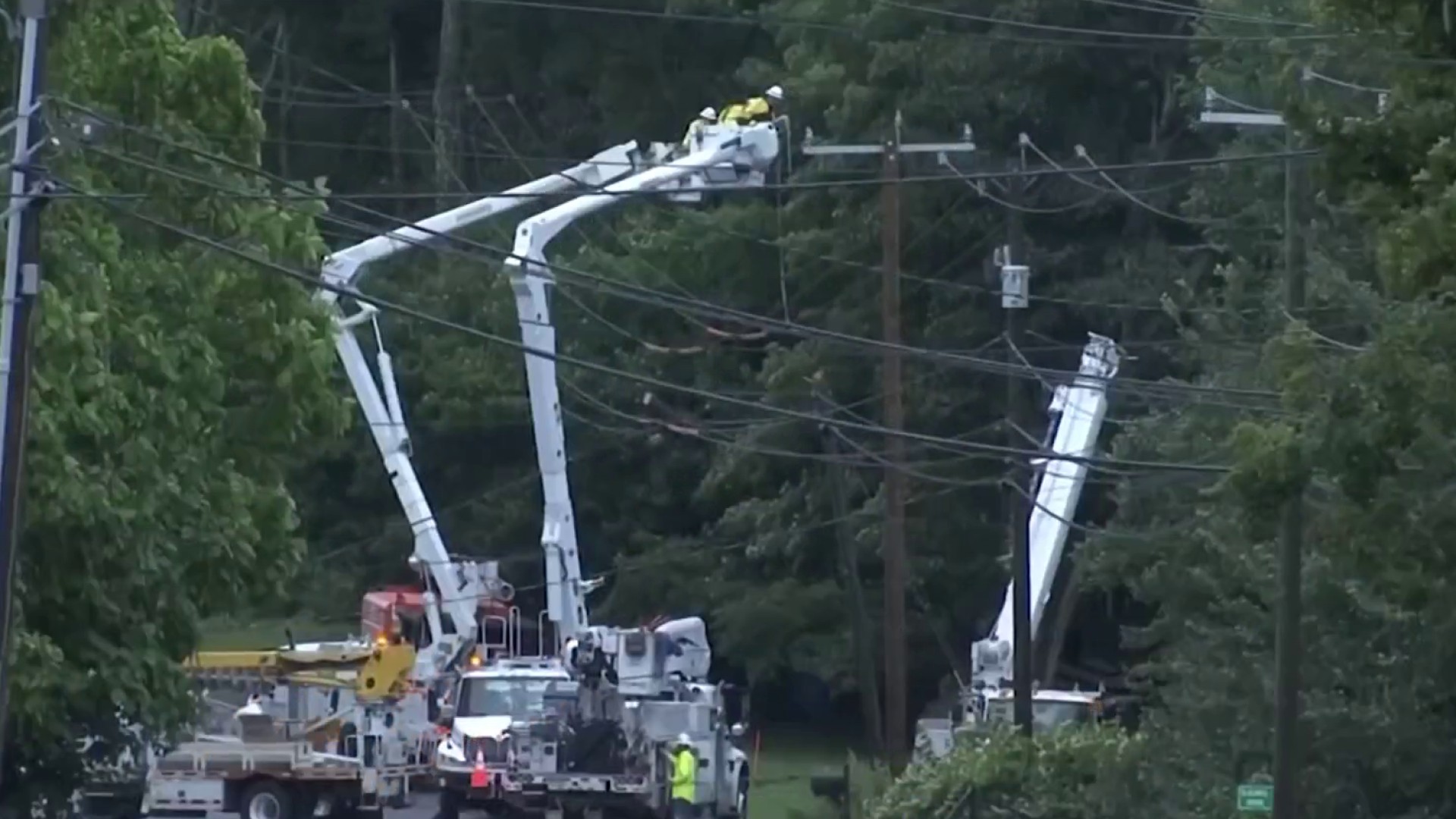 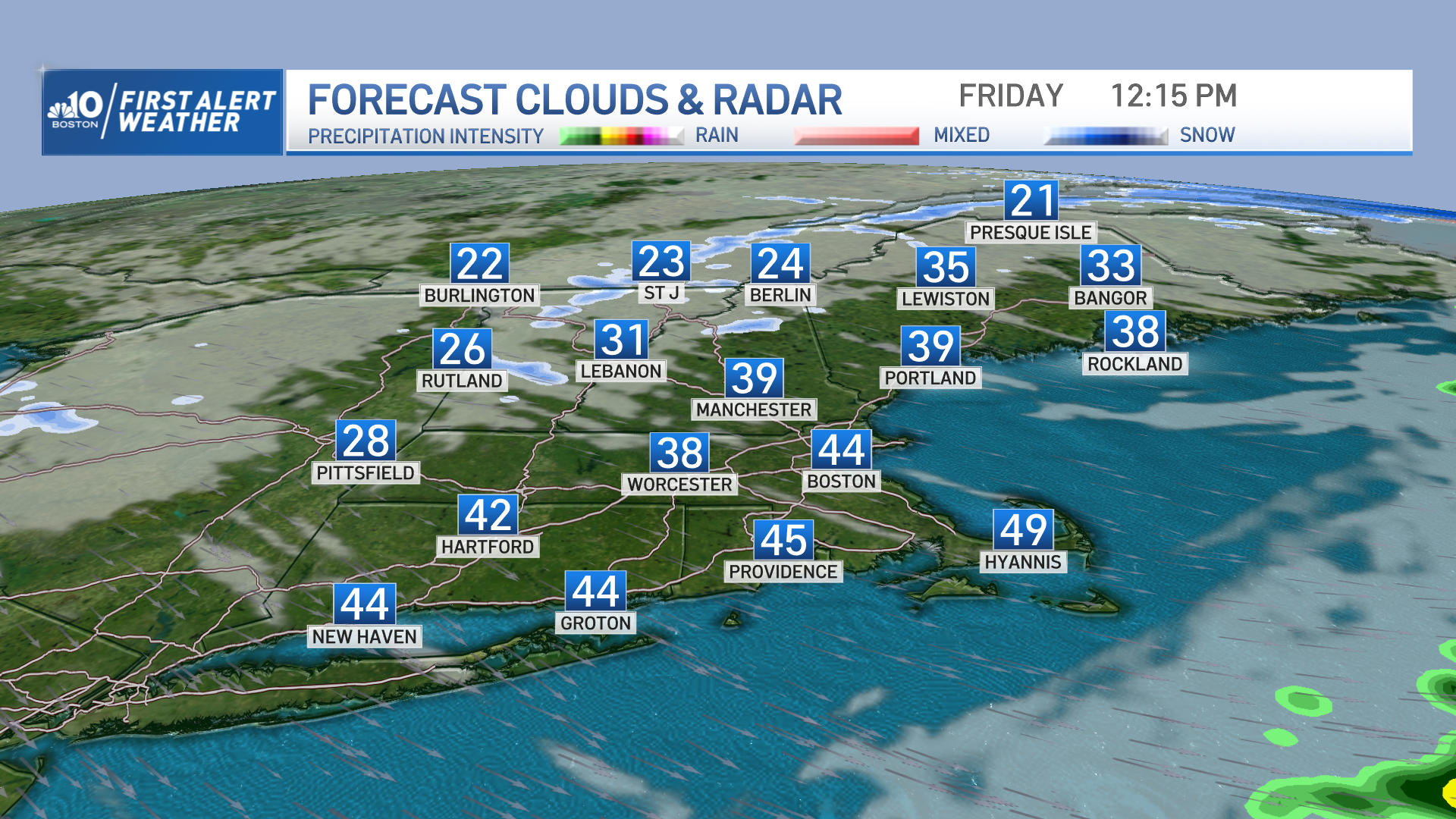