The explosions outside Kabul airport were part of what the Pentagon called a "complex attack" that came amid ongoing evacuation efforts just days ahead of President Biden's deadline for the U.S. to leave Afghanistan

Members of Massachusetts' mostly-Democratic congressional delegation reacted with stunned sadness Thursday to the news that 13 U.S. service members and numerous Afghans were killed in an attack outside Kabul airport.

"My heart is breaking for the families of those soldiers, Marines – for any of those who lost life," said U.S. Sen. Ed Markey, D-Mass.

But Markey says it only reinforces President Joe Biden's decision to hold steadfast to the Aug. 31 withdrawal deadline.

"I think it's very clear after what happened today the dangerous environment that all of our military personnel are being placed, as each hour goes by, so I think it just makes it very clear to us that we have to telescope the time frame, move as quickly as we can to evacuate as many people as we can," Markey said.

"We're all concerned, it's heart-wrenching to see all this unfold," said Rep. Jim McGovern, D-Mass.

McGovern says while there should be oversight to figure out if there was a better exit strategy, the focus now needs to be on getting out.

"I think there's a lesson here," said McGovern, "and that is that we ought to get out of the business of nation building, especially in countries that do not want to change their character."

Thirteen U.S. service members were killed in explosions at the airport in Kabul.

McGovern also weighed in on Rep. Seth Moulton's unauthorized trip to Afghanistan, during which McGovern voted on his fellow Massachusetts Democrat's behalf by proxy.

"We were informed that he was going to be in Massachusetts," said McGovern. "I get it, look, maybe they were worried about it leaking out that he was going to Afghanistan, and that it would be a national security issue, but it kind of put me in a little bit of an awkward situation."

McGovern says he considered Moulton a friend, but agreed with critics that unauthorized trips into Afghanistan are not safe right now.

Massachusetts Rep. Lori Trahan said she was also "heartbroken" to learn the devastating news out of Kabul. "My thoughts are with our brave servicemembers, diplomats, and partners on the ground in Afghanistan," she added.

The explosions outside Kabul airport were part of what the Pentagon called a "complex attack" that came amid ongoing evacuation efforts just days ahead of Biden's deadline for the U.S. to leave Afghanistan.

"This is devastating to hear as we watch this situation continue to devolve," said Rep. Jahana Hayes of Connecticut. "My prayers are with our troops and the people on the ground."

"Horrified by the terrorist attacks in Kabul that killed a number of U.S. service members, injured others, & took the lives of many civilians," New Hampshire Rep. Annie Kuster said. "My prayers are with our military & diplomatic personnel in Afghanistan & their loved ones."

"The service members we lost today in Afghanistan were the best of the best," Connecticut Rep. Jim Himes said. "Dedicated to country and on a mission of mercy to protect vulnerable people in harm's way. I pray for them and their families."

Connecticut Rep. Joe Courtney called the U.S. service members who gave their lives "the truest pure peacemakers. The civilized world mourns their loss," he said, "and prays in solidarity with their families."

"My thoughts are w/loved ones of U.S. service members killed in the devastating terror attacks in Kabul & all those affected," New Hampshire Sen. Jeanne Shaheen said. "I'm monitoring developments & my office is in contact w/ Depts of Defense & State. The admin should use all resources to keep U.S. personnel & allies safe."

Maine Sen. Angus King, an independent, said he is also monitoring the situation. "My team and I remain in daily contact with the Administration on the need to protect American servicemembers and safely evacuate the American citizens and Afghan partners in harm's way."

"The death of American service members in Kabul is a tragedy," New Hampshire Rep. Chris Pappas said. "I urge the administration to hold those responsible for this despicable attack accountable while dedicating every resource to continuing the evacuation of Americans and our allies."

"The situation in Afghanistan is heartbreaking," Massachusetts Rep. Richard Neal said. "I am grateful for the American troops who continue to do the work of heroes."

"I'm heartbroken over the news that several US Marines were killed today alongside Afghans seeking evacuation at the Kabul airport," Maine Rep. Chellie Pingree said. "Our servicemembers and their families have made enormous sacrifices over the course of the last two decades, and we must do everything possible to get them and our allies to safety."

Rep. Seth Moulton, a Massachusetts Democrat, flew unannounced to Kabul with Republican Rep. Peter Meijer in the wake of the Taliban's takeover, a move that has sparked criticism from both parties. The TEN takes a look at the move, the ongoing evacuations from Afghanistan and Moulton's career to date.

While it was not immediately clear who or what was behind the incident, two U.S. intelligence officials said the assumption is that the suspected IED attack was caused by the Islamic State group's Afghan affiliate, ISIS-K, NBC News reported.

Several countries urged people to avoid the airport earlier in the day, with one saying there was a threat of a suicide bombing. But just days — or even hours for some nations — before the evacuation effort ends, few appeared to heed the call.

Over the last week, the airport has been the scene of some of the most searing images of the chaotic end of America's longest war and the Taliban's takeover, as flight after flight took off carrying those who fear a return to the militants' brutal rule.

Already, some countries have ended their evacuations and begun to withdraw their soldiers and diplomats, signaling the beginning of the end of one of history's largest airlifts. The Taliban have pledged not to attack Western forces during the evacuation, but insist the foreign troops must be out by America's self-imposed deadline of Aug. 31. 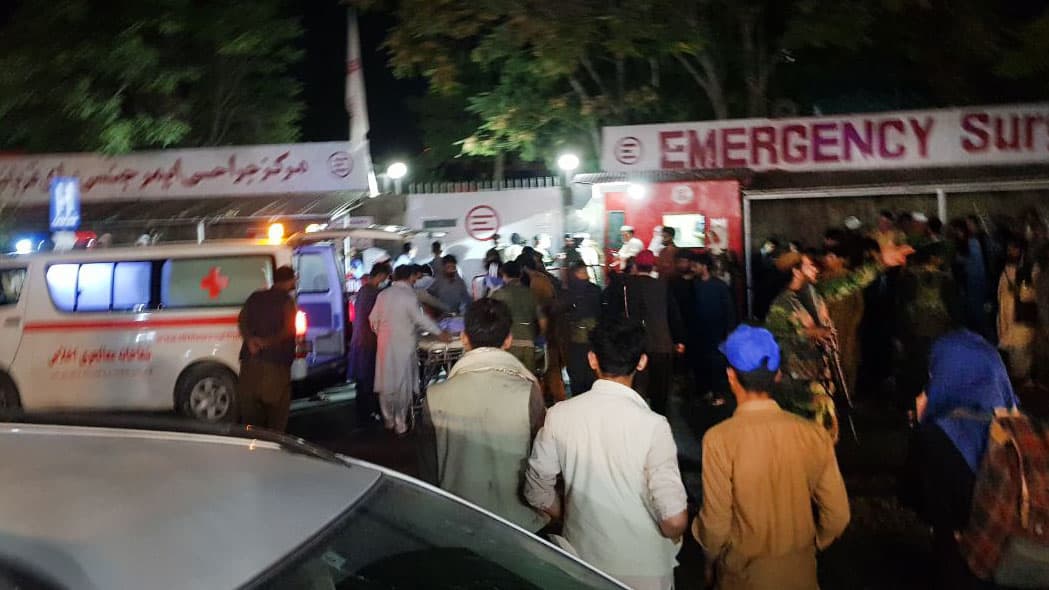 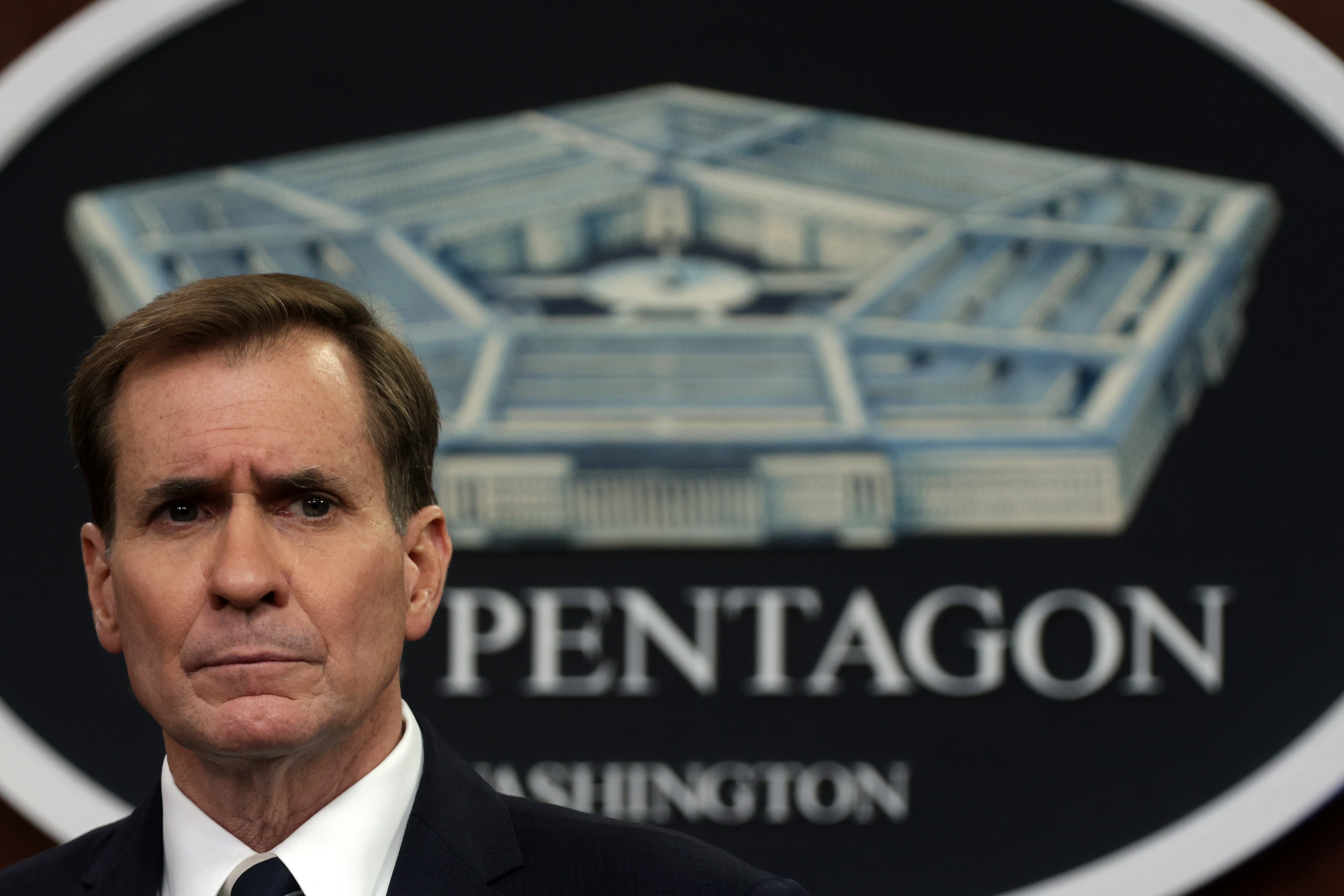