The 120-year-old home was built by a descendant of presidents John and John Quincy Adams who himself was a U.S. secretary of the Navy and longtime treasurer of Harvard University

The fire that destroyed a historic mansion in Concord, Massachusetts, started in a chimney in the building, fire authorities said Monday.

Flames spread throughout the building on Fairhaven Hill Road and eventually consumed it on Friday, bringing down the roof and blowing out windows while fire crews struggled to get water to the structure — the neighborhood only has private fire hydrants so water had to be piped and trucked in.

The fire began in a fireplace, investigators have determined. It spread through a breach in the mortar of the chimney, allowing very hot gases to escape and ignite parts of the mansion's structure, according to a statement from Concord's fire and police chiefs, as well as the state fire marshal.

"We're confident the fireplace was used in a correct and appropriate manner by the occupants of the home, and that this was a tragic accident," Concord Fire Chief Thomas Judge said in the statement.

Firefighters have been on the scene of a mansion fire since Friday morning.

The 120-year-old home, made in the classical revival style, was built by a descendant of presidents John and John Quincy Adams who himself was a U.S. secretary of the Navy and longtime treasurer of Harvard University, according to state historical records. 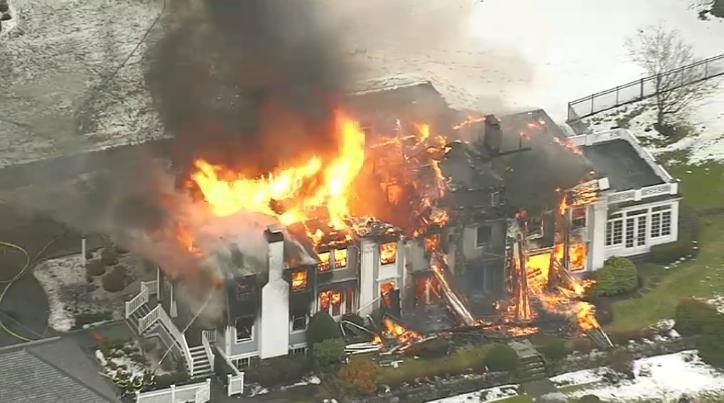 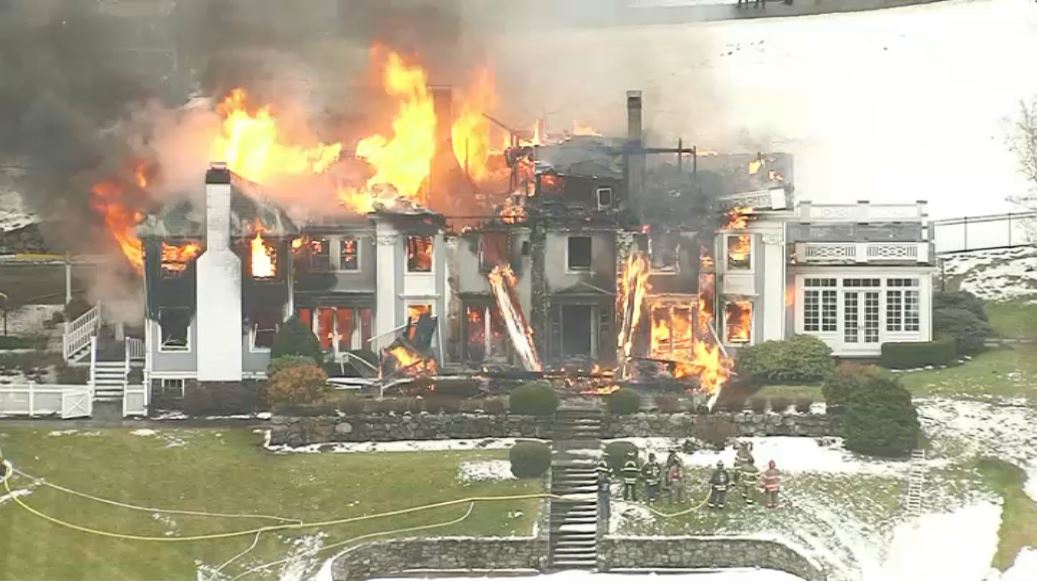