Construction is set to begin on Vineyard Wind, located south of Martha's Vineyard, later this year

In just a few months, construction begins on the first offshore wind farm in Massachusetts waters.

And as the push for green energy continues, so does turbine blade testing in Boston.

“So what you’re seeing here is fatigue test,” Rahul Yarala says, as he points to massive blades bouncing up and down, and swaying side to side, in a huge building along the Mystic River in Charlestown. “We do structural testing of wind turbine blades.”

The Wind Technology Testing Center where Yarala works is the only one of its kind in the country. 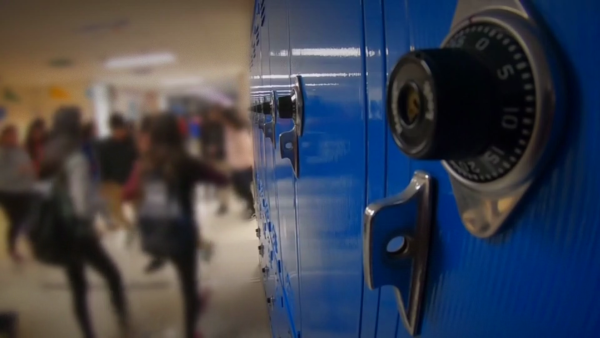 “We use hydraulic systems to simulate what happens in the field,” Yarala explains.

“The team here is looking to bring in some blades specifically designed for offshore wind within the next 6 months or so,” Steve Pike says.

Pike is the CEO of the Massachusetts Clean Energy Center (MassCEC), which runs the facility.

“What MassCEC has been doing is really working to lay the ground work for offshore wind in Massachusetts over the last 10 years.”

Construction is set to begin on Vineyard Wind, the state’s first offshore project, located south of the island, later this year.

“To date the utilities have purchased 800 MW of offshore wind, which is enough to power roughly 400,000 homes in the commonwealth,” Pike adds.

A short distance away, the first in the nation Block Island wind farm is much smaller, and faced criticism over its cost.

“This contract would actually save ratepayers money over time. Over the 20 year life of the contract rate payers would not be paying more than they would for natural gas or oil and the like. Lowering the cost of energy over time; that is really going to be the game changer here in the northeast,” he says.

And this is just the start.

“You could see anywhere from 5,000 MW to 10,000 MW built off of the coast of Massachusetts south of Martha’s vineyard and Nantucket,” Pike predicts.

Areas off the North Shore, Seacoast of New Hampshire, and Maine, are also being looked at.

MassCEC adds that the state has a ways to go to meet its 2050 climate goals.

To meet the goals, the state is also working on new methods of storing renewable energy, for use when the wind isn’t blowing or the sun isn’t shining.