Two Residents, Staffer at The Commons in Lincoln Contract COVID-19

The two residents who contracted the disease remained in isolation Wednesday, according to Benchmark Senior Living, which operates the Massachusetts retirement community

A pair of residents and one staff member at The Commons in Lincoln, Massachusetts, have contracted COVID-19, according to a spokeswoman for the retirement community.

The two residents who tested positive for the disease have been placed in isolation, and workers who cared for them were instructed to take appropriate precautions, such as wearing protective equipment, a spokeswoman for the facility’s owner, Benchmark Senior Living, wrote in an email Wednesday.

The worker who tested positive will remain away from the site until public health authorities clear him or her to return, the spokeswoman wrote.

The Commons operates as a Continuing Care Retirement Community. It offers independent living, assisted living, memory care, skilled nursing and rehabilitation on its campus off Route 2.

The Benchmark spokeswoman said the company cannot comment on where those who tested positive reside. She noted additional precautions were added for residents of its “Harbor Mind and Memory” unit, which serves seniors living with Alzheimer’s and dementia. It has assigned dedicated staff to the unit, who will use a separate entrance and avoid visiting other communal areas, according to the company.

Visits have also been restricted to the facility’s assisted living, memory care and skilled nursing units. Only health care providers, family members who directly care for residents, and family members visiting those receiving end of life care will be permitted, according to the company.

The Commons is the latest of several senior living facilities in Massachusetts to disclose residents who have contracted COVID-19. Public health experts say older people are at heightened risk of health problems from the disease, which is caused by the novel coronavirus that is now widespread in the United States.

At least 15 residents of the Holyoke Soldiers’ Home have died amid an outbreak of the disease at the state-run facility. At least six of the deceased veterans tested positive for COVID-19, and results were still pending for several others as of Wednesday afternoon, according to state officials. Two people who contracted the disease at the Chelsea Soldiers’ Home have also died, the officials said.

Separately, five residents at a senior living facility in Revere have died, with four deaths confirmed as cases of the novel coronavirus as of Tuesday, according to Hebrew SeniorLife, operator of the facility. Eight other residents were hospitalized.

Hebrew SeniorLife said other residents at the facility had been quarantined and that visitation was being restricted to essential care only. Meals, groceries and other essentials were being delivered to residents daily, the organization said. 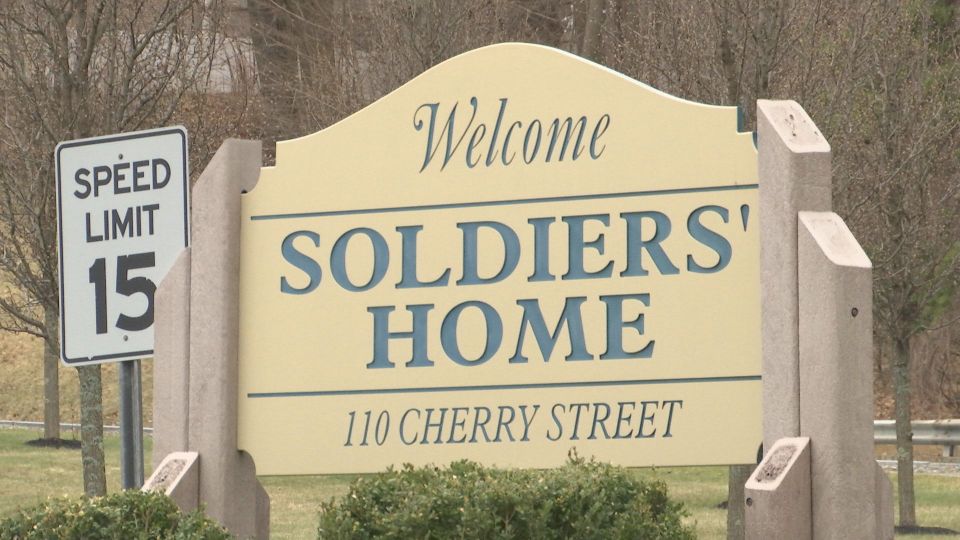 Two elderly women with COVID-19 also died at the Charlwell House Health & Rehabilitation Center in Norwood, The Boston Globe reported last week. The newspaper said that other residents of the facility have been hospitalized due to coronavirus infections, along with at least one staffer.

Gathering information regarding outbreaks at senior living facilities has proven frustrating for the families of some residents, who say state and local officials have been unwilling to disclose their knowledge of documented cases.

The state’s Health and Human Services Secretary, Marylou Sudders, said Monday she has directed the Department of Public Health to create a system to provide public notifications when infections occur at nursing homes and similar facilities.

At The Commons in Lincoln, staff are taking “proactive measures” to stop the virus from spreading, according to the company spokeswoman. Those include cleaning with specialized products, checking in daily with residents about their symptoms, instructing employees to wear protective equipment when medically indicated, maintaining an inventory of protective gear and modifying group programming to limit interactions among residents.

The company, which operates in seven states across the Northeast, is also assisting workers amid the pandemic, according to its spokeswoman.

“We are working hard to provide additional support and benefits to associates impacted by COVID-19, including assistance to associates experiencing increased childcare costs as a result of COVID-19; and transportation assistance, as needed,” she wrote.