Two suspects are in custody after an armed robbery in Rockland, Massachusetts led to a brief standoff with police on Tuesday afternoon.

Around 3:30 p.m., a reported person-to-person armed robbery in which a firearm was shown led to a suspect fleeing into a third-floor apartment at 57 Church St. The second suspect, a relative of the first, was already inside, authorities believe.

Ivan Andujar, 19, surrendered to authorities while holding a baby following the arrival of the MetroLEC SWAT team. The second suspect, a 17-year-old male, was detained and released to his mother following questioning.

Police say the entire incident began when he approached a driver in a parked car hours earlier.

"He opened the passenger door, got into the vehicle, brandished a silver semiautomatic handgun," said Rockland Police Chief John Llewellyn.

Investigators say Andujar stole the driver’s wallet, cell phone and backpack and then he walked back home to the third floor unit of a triple-decker on Church Street.

Police and the SWAT team quickly arrived and told him to surrender. Residents on the first and second floor were evacuated and neighbors on the block were told to stay inside. 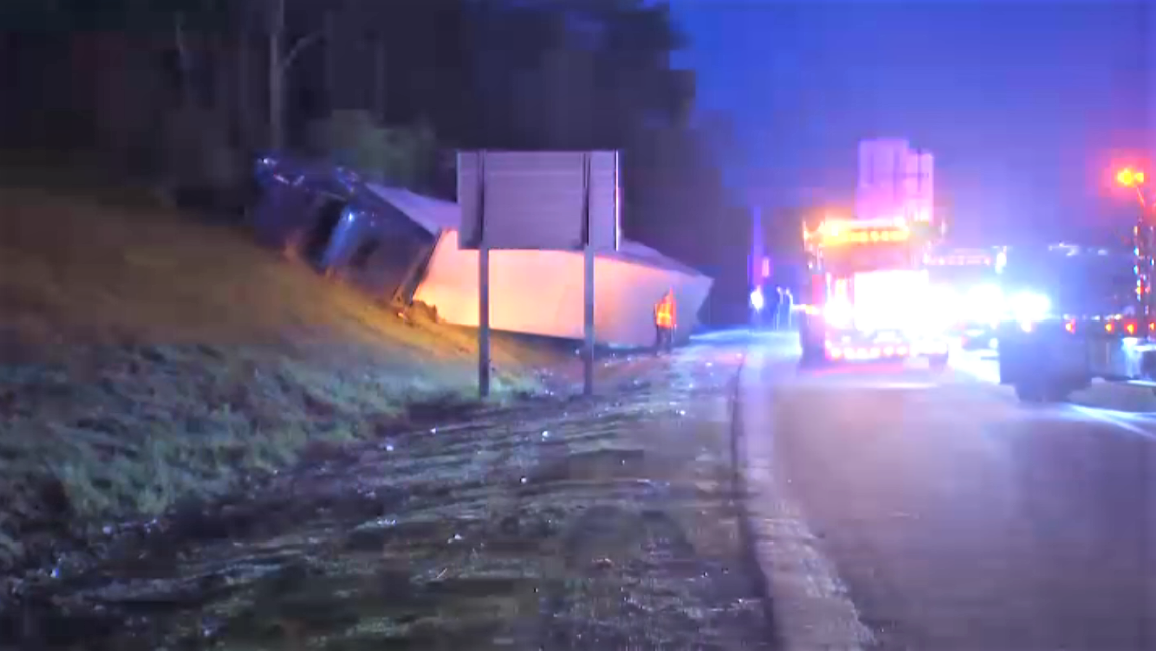 Tractor Trailer Rollover Closes Right Lane on I-93 in Canton

"To know that someone with a gun who’s willing to rob someone lives two houses away is a little frightening," said neighbor Jake Humberd.

"He probably came out with a child because he probably didn’t want anything to happen to him," said neighbor Michelle Smith. "It was probably his defense."

Police say he may be responsible for a very similar crime that happened ten days ago in the same neighborhood.

An emergency notification was issued to residents in the area while the ordeal unfolded, urging them to remain inside.

Andujar is charged with armed robbery and is expected to appear in Hingham District Court on Wednesday. It is unclear if he has an attorney.