Massachusetts suspended football coach Mark Whipple for one game Sunday after he said one of his players had been "raped'' while complaining about the officiating Saturday in a loss to Ohio.

Athletic director Ryan Bamford announced the suspension of Whipple without pay for the Minutemen's home game against South Florida on Saturday, and all team activities leading up to it. Defensive Coordinator Ed Pinkham will serve as acting head coach.

"On behalf of our department, I deeply apologize for the comments made by head coach Mark Whipple on Saturday after our game at Ohio,'' Bamford said in a statement. "His reference to rape was highly inappropriate, insensitive and inexcusable under any circumstance. Coach Whipple's comments don't reflect the values of this institution, our athletics department or football program. Mark is disappointed in himself and understands his serious error in judgment.'' 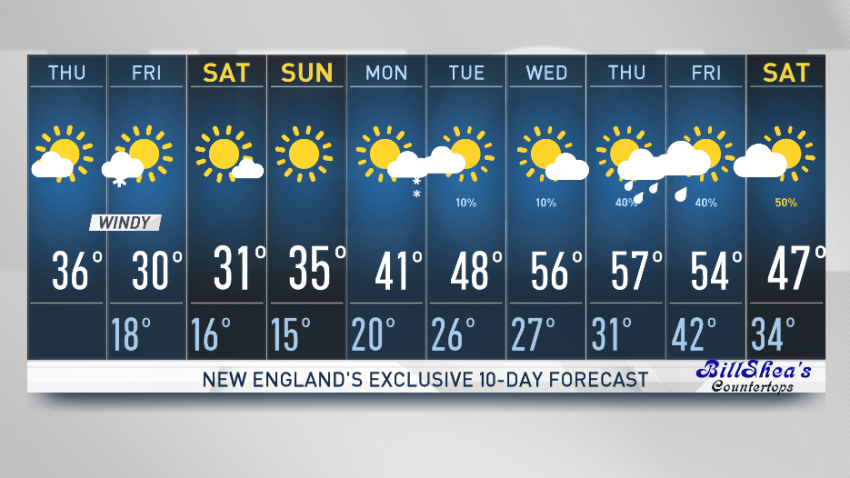 Highs Could Hit 60 Next Week As Warm Front Approaches

Whipple is in the fifth year of his second stint as UMass coach. He has also been a longtime NFL assistant coach. He is 14-40 with UMass since 2014, but from 1998-2003 he led the Minutemen to five winning seasons, including a Division I-AA national title. UMass now plays at the highest level of Division I, the Football Bowl Subdivision.

"I am deeply sorry for the words I used on Saturday to describe a play in our game,'' Whipple said in a statement. "It is unacceptable to make use of the word `rape' in the way I did and I am very sorry for doing so. It is not a term that should ever be used in the manner I did. It represents a lack of responsibility on my part as the leader of this program and a member of this university's community, and I am disappointed with myself that I made this comparison when commenting after our game.''

UMass lost 58-42 at Ohio in Athens. Whipple called the officiating the worst he had experienced in his long career and was asked about possible pass interference call against one of UMass' receivers that did not draw a penalty from the Mid-American Conference officiating crew.

"We had a chance there with 16 down and they rape us, and he picks up the flag,'' the 61-year-old Whipple told reporters .

He later used the word "mugged'' to describe what happened to his player.