Massachusetts youth hockey officials say they are facing a severe referee shortage due in large part to unruly behavior by parents, coaches and players at games.

Massachusetts Hockey, the governing body of youth hockey in the state, said this week that "a large number of referees" have either not returned this season or left since the season started.

The organization said it is down 900 officials from before the COVID-19 pandemic. In some cases, games have even had to be canceled due to a lack of game officials.

The biggest reason cited by officials for not returning was the abuse they receive from coaches, parents and players, Massachusetts Hockey said.

"Since this season started, we have already experienced​ several troubling incidents, including: a referee ​needing a police escort​ after a 8U game; a young female referee quitting​​ in the middle of a set of games​ due to parent harassment​; a parent ​coming on the ice trying to get at a referee; and a parent entering​ the scorer’s box to berate a player on the other team for a penalty against her child. These are just a few examples of what is going on every weekend," Massachusetts Hockey President Bob Joyce said in a statement Tuesday.

With the referee pool dwindling, Joyce said the organization is taking steps to reverse the trend.

"Our officials are everyday people just like our parents, who have real jobs but try to work a side job to help our kids play a game, earn a little extra income and give back to the game," he said. "It would appear that many people, for whatever reason, have lost this understanding and somehow believe that our officials need to be at the same level as what they see on TV at the college or NHL level."

He said anyone found abusing officials, including players, coaches or parents, will be subject to discipline, including suspension or being banned from games.

"Again, we ask you to practice patience and good judgement," Joyce said. "The children are all watching us and following our example. We all need to make a better effort to respect the officials and keep them working."

How Many Breakthrough COVID Cases Have Been Reported in Mass. Each Week Since August? 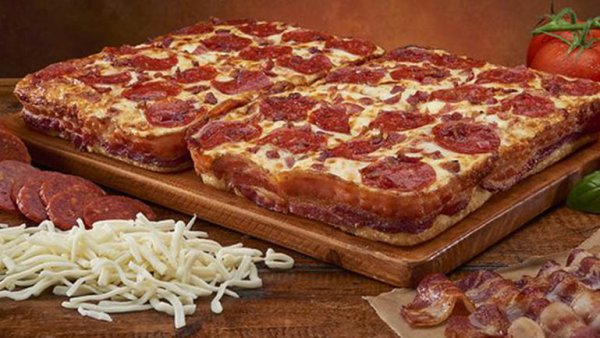 Gene Binda, whose brother was assaulted in a viral video from 2020 in Kingston, helps place these referees.

According to Binda, it was a 15-year-old female referee who most recently quit two weeks ago after being verbally abused by parents.

“They didn’t just yell at her. They berated her. It was over the edge. And she’s only 15, and to me that’s really uncalled for,” he said.

In one other case this season, Massachusetts Hockey says the abuse was so bad that a referee needed a police escort after a game.

Megan Murphy, a hockey mom, says we need to set examples for the kids.

Massachusetts Hockey says they have a zero tolerance policy for the abuse of the officials, and after the 2020 physical assault of the referee, stricter penalties were put in place.