Travis Roy was paralyzed 11 seconds into his first game for Boston University in 1995.

Vermont Gov. Phil Scott says Travis Roy, a hockey player and philanthropist who died recently, was one of his personal "heroes."

Roy was paralyzed 11 seconds into his first game for Boston University in 1995.

He later became an advocate for spinal cord research and raised millions for that cause. 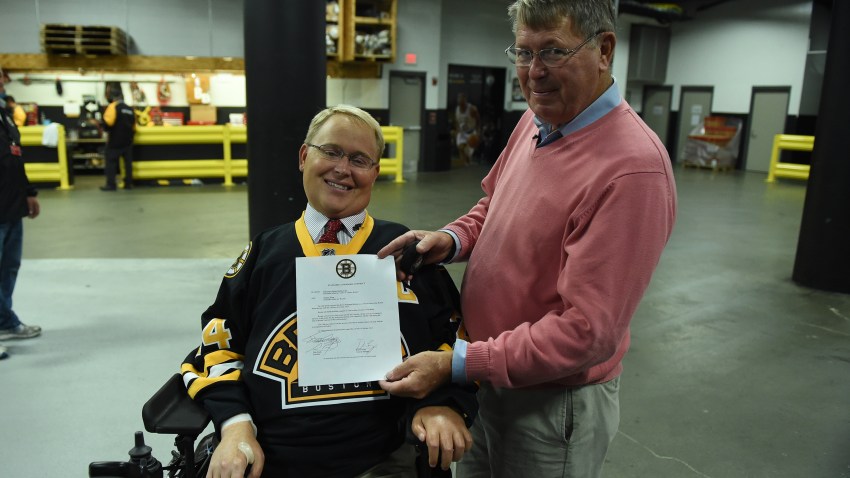 Scott, a Republican, said Friday that Roy's dedication to fundraising for research was a longtime inspiration, MyNBC5 reports.

Roy was a 20-year-old freshman making his debut for BU in the season opener when he crashed headfirst into the boards after checking a North Dakota opponent. He would later give motivational speeches from his wheelchair.

Travis Roy, who was paralyzed during his first time on the ice for Boston University, dedicated the rest of his life to helping others.
Copyright AP - Associated Press