A cruise company has been ordered to stop operating after a photo showed crowds of people on a ship on Boston Harbor Saturday night went viral.

The Massachusetts Department of Labor Standards issued a cease and desist to the Bay State Cruise Company Monday. The company has been under scrutiny after the photo was shared on social media.

Effective immediately, the company is not allowed to operate under the state's COVID-19 orders, according to the order.

The photo of the Provincetown II, a three-deck vessel run by the company raised questions about coronavirus safety as Massachusetts officials continue to push social distancing measures.

The order notes that while ferry services, group charters and tours are allowed in the current phase of Massachusetts' reopening plan, the Summer Music Cruise and other group charters with dancing are not.

"Venues offering entertainment, beverages, or dancing and not providing seated food service prepared on-site and under retail food permits is not eligible to reopen until Phase IV," the DLS said in the order.

This weekend's mass gathering on a boat in the harbor represents a serious threat to public health, which is why today the Boston Public Health Commission together with the state's Department of Labor Standards issued a cease-and-desist order to Bay State Cruise Company. We've made great sacrifices and worked hard over the last few months to stop the very real and very dangerous spread of COVID-19, and it's vital every person and every business take this public health emergency seriously, and do their part to keep their families, neighbors and communities safe.

Michael Glasfield, a manager with Bay State Cruise Company, said in an email earlier Monday that the cruise had sailed at just 33% capacity, falling within the company’s COVID-19 operating limits of 44%.

"Clearly, this is a situation where the public's view is far more important than whether or not we are conducting activities in accordance with regulations," Glasfeld said. "We value our reputation as being a company that does the right thing, and we are working with the City of Boston's Dept of Health this week to further work on what needs working on."

That level of capacity on the deck areas would provide 28 square feet per passenger, Glasfield said, meaning each person could be spread six feet apart if social distancing practices are adhered to and all passenger spaces on the ship are utilized.

Most passengers in the picture appeared to be congregated on the open-air top deck.

"It is very concerning to see crowds of people gathering in large groups, putting themselves, everyone around them, and every person they come into contact with at risk," Walsh said in a Monday morning statement.

“I have concerns with that many people that close, that we end up like some of the states down south,” said Rhode Island native Michael Williams.

The partially enclosed middle deck can exchange its volume of air in less than a minute when the ship moves at nine knots, according to Glasfeld, while the bottom deck is the most fully enclosed.

“Everybody was wearing masks, the only people who weren’t were taking a snack or drink,” Valles said. “There was hand sanitizer everywhere, I felt safe.”

She added that the cruise line left seats open in between passengers and face coverings were required.

Bay State Cruise Company has set out a number of other measures in its control plan, including barriers at boarding lines, screens at serving counters, reduced sail times and nightly sanitization with anti-microbial spray machines. Hand sanitizer dispensers are to be set at doorways, common touch areas disinfected every 20 minutes and face masks provided to employees, to be worn when near passengers or other crew members.

The plan also emphasizes that employees should not report to work if they exhibit COVID-19-like symptoms, and will provide two weeks paid leave for employees to stay at home if they contract COVID-19.

The state labor office said all charter boat operators must adhere to issued mandates, including a 50-percent capacity restriction and specific protocols for social distancing, hygiene, staffing and operations, and cleaning and disinfecting.

Enforcement is a joint responsibility between the Department of Labor Standards, Department of Public Health, and local boards of health, according to the state labor office.

Members of the public can report non-compliance to the DLS through their hotline at 508-616-0461, ext. 9488, by completing this online form, or by sending an email to safepublicworkplacemailbox@mass.gov.

Gov. Charlie Baker was asked about the matter at a media availability Monday, and said the city is handling the situation.

"We have rules and protocols and people are expected to follow them," he said. "We've talked to the City of Boston, and the local board of health is reaching out and conducting an investigation with respect to the cruise ship."

Massachusetts remains in Phase 3 for its reopening plan, during which employees and customers should remain at least six feet apart whenever possible, both inside and out of workplaces.

The state’s current guidelines for outdoor, unenclosed gatherings, have no specific limit on the number of guests. 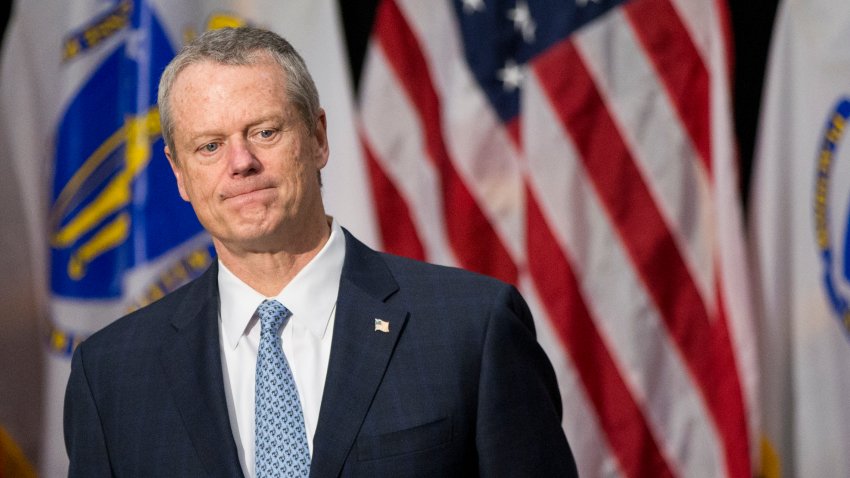 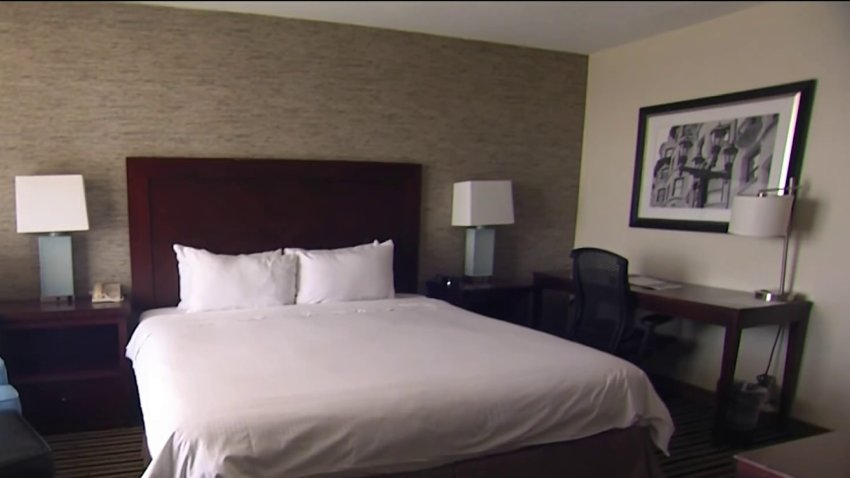