Johanny Rosario, of Lawrence, died in the deadly attack in Afghanistan

Friends and families of fallen service members gathered for a vigil to honor the life of a Marine from Lawrence, Massachusetts, who was killed in Thursday's suicide bombing at Kabul airport.

Johanny Rosario, 25, a Marine sergeant from Lawrence assigned to the 5th Marine Expeditionary Brigade, was one of 13 U.S. service members killed when two suicide bombers and gunmen attacked crowds of desperate Afghans flocking to the Hamid Karzai International Airport in Kabul in the waning days of an American-led evacuation before the U.S. officially ends its 20-year presence in Afghanistan on Aug. 31.

Local leaders have been paying their respects to Rosario.

Lawrence Mayor Kendrys Vasquez confirmed Rosario's death in a statement Saturday, saying "We are heartbroken by the death of the service men and women due to the bombing in Kabul this week. I, and the City of Lawrence, are particularly saddened that one of those brave souls was a daughter of our City."

Mayor Kendrys Vasquez spoke Saturday afternoon about the death of Johanny Rosario, a Lawrence native and Marine who was killed in the bombings at Kabul's airport.

Vasquez elaborated during a press conference, explaining that he had been in touch with Rosario's family, offering condolences and any aid his administration could provide.

"It is with heavy heart that I stand before you today, heartbroken by the news," Vasquez said Saturday afternoon. "This is a time for us to come together as one community to pay tribute to the heroic actions of Johanny, who, in the spirit of a true Lawrencian, gave her all to give refuge to those in need."

"A hero indeed," Gov. Charlie Baker said in a Facebook post. "I told Mayor Vasquez we will help in any way we can."

The vigil took place at 2 p.m. at The Massachusetts Fallen Heroes Memorial in Boston. A wreath was placed at the memorial in Rosario's honor.

Lawrence police posted a message on Facebook early Saturday, saying "Chief Roy Vasque and the Members of the LPD offer our heartfelt condolences to the family of Marine Corp Sgt Johanny Rosario of Lawrence. Sgt. Rosario was tragically killed in Thursday's senseless act of violence at Kabul Airport. She and the other American heroes gave their lives helping others to safety. May they and all the victims of this tragic event rest in peace."

Other area departments also shared the post, including the Chelmsford Police Department, which added the words "Rest In Peace, hero..."

Attorney General Maura Healey offered her thoughts as well, saying "USMC Sgt. Johanny Rosario, a daughter of Lawrence, was killed in the suicide bombing in Kabul. Sending my love and prayers to her family and community. We are forever grateful for her service and sacrifice for our country."

Bridgewater State University said Saturday that Rosario had been a student.

Pentagon spokesman John Kirby said one explosion was near an airport entrance and another was a short distance away by a hotel.

U.S. officials initially said 11 Marines were among those who died, but another service member died hours later. Eighteen more service members were wounded in the attack.

The Zakim, Fore River and Burns bridges will be lit yellow this weekend to honor U.S. service members around the world, the Massachusetts Department of Transportation tweeted on Saturday.

The deadly bombing in Afghanistan also claimed the lives of at least 169 Afghans.

President Joe Biden called the military members heroes, representing the best of America, working selflessly to help others escape the Taliban regime that has retaken the country.

Here are the military members who died. Eleven were U.S. Marines, according to Maj. Jim Stenger, a Marine Corps spokesperson, one was a Navy corpsman and one was a soldier.

The Islamic State group has claimed responsibility for the killings on its Amaq news channel. The IS affiliate in Afghanistan is far more radical than the Taliban, who recently took control of the country in a lightning blitz. The Taliban were not believed to have been involved in the attacks and condemned the blasts.

A retaliatory U.S. drone strike early Saturday in eastern Afghanistan killed a member of the country's Islamic State affiliate, U.S. Central Command said. Biden had laid responsibility for Thursday's suicide bombing on that offshoot extremist group which is an enemy both to the West and to Afghanistan's Taliban and is known for especially lethal attacks.

Acting swiftly on Biden's promise to retaliate for the deadly suicide bombing at Kabul airport, the drone strike came amid what the White House called indications that IS planned to strike again before Tuesday's deadline for the U.S. to complete its exit.

Biden authorized the drone strike and it was ordered by Defense Secretary Lloyd Austin, a defense official said, speaking on condition of anonymity to provide details not yet publicly announced.

The airstrike was launched from beyond Afghanistan less than 48 hours after the devastating Kabul attack that killed 13 Americans and scores of Afghans with just days left in a final U.S. withdrawal after 20 years of war. U.S. Central Command provided few details but said it believed its strike killed no civilians. 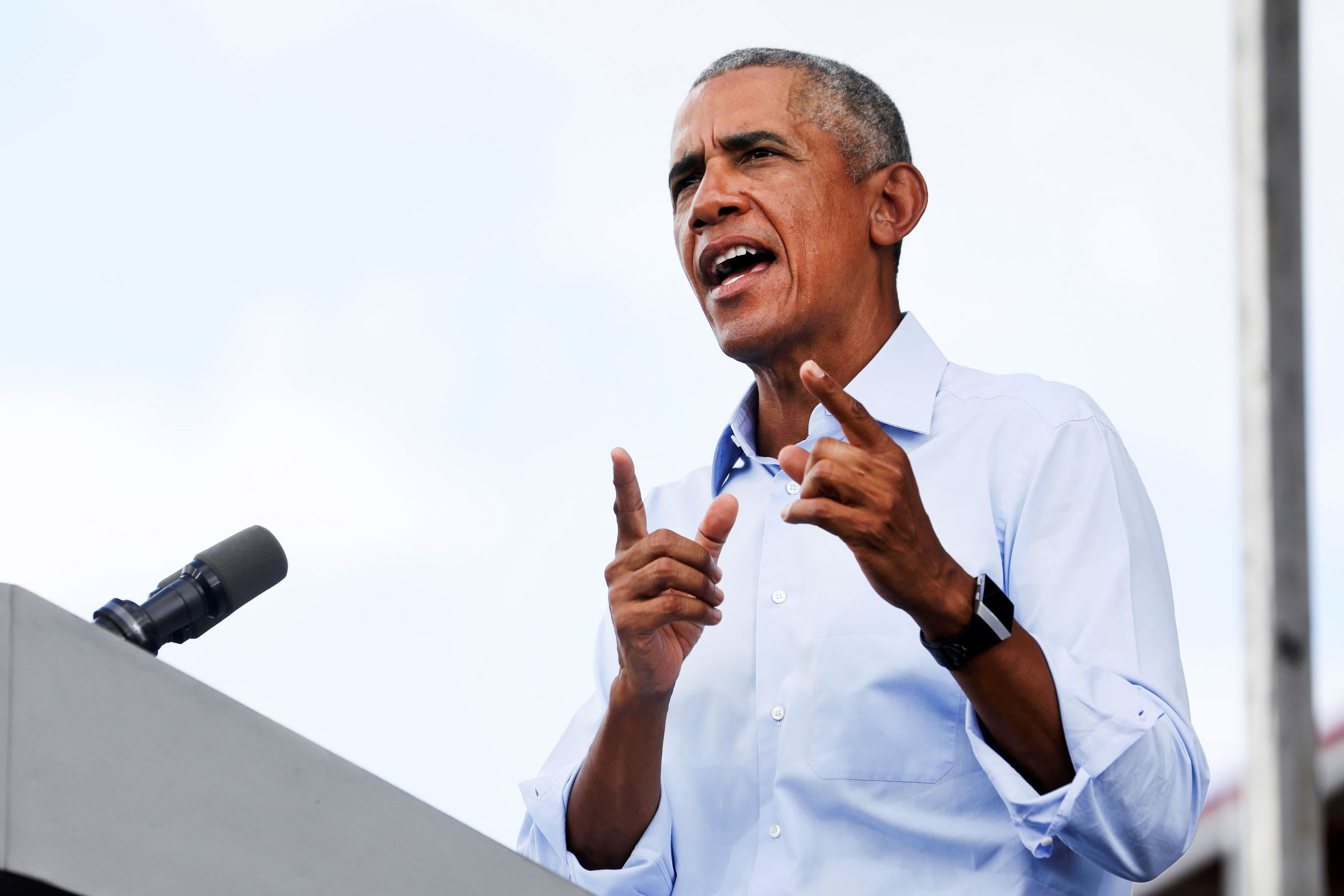 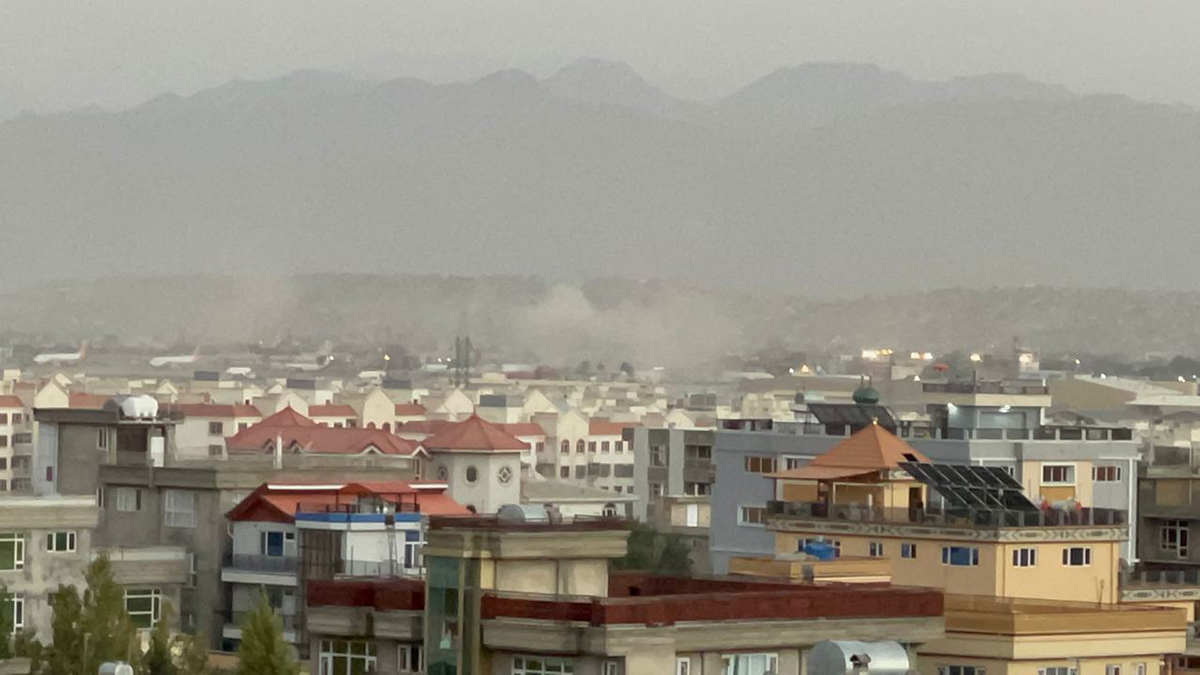