Multiple Crews Respond to 7-Alarm Fire at Church in Wakefield

A 7-alarm fire broke out at a church in Wakefield, Massachusetts after it was struck by lightning.

Multiple fire crews responded to the massive blaze that broke out at First Baptist Church at 8 Lafayette Street just before 7 p.m.

"Within two minutes of being dispatched, companies found heavy fire in the church extending up to the steeple. It happened immediately after the lighting storm moved through,” Wakefield Fire Chief Michael Sullivan said.

Thankfully, there were no reported injuries.

Video showed flames pouring out of the historic church. 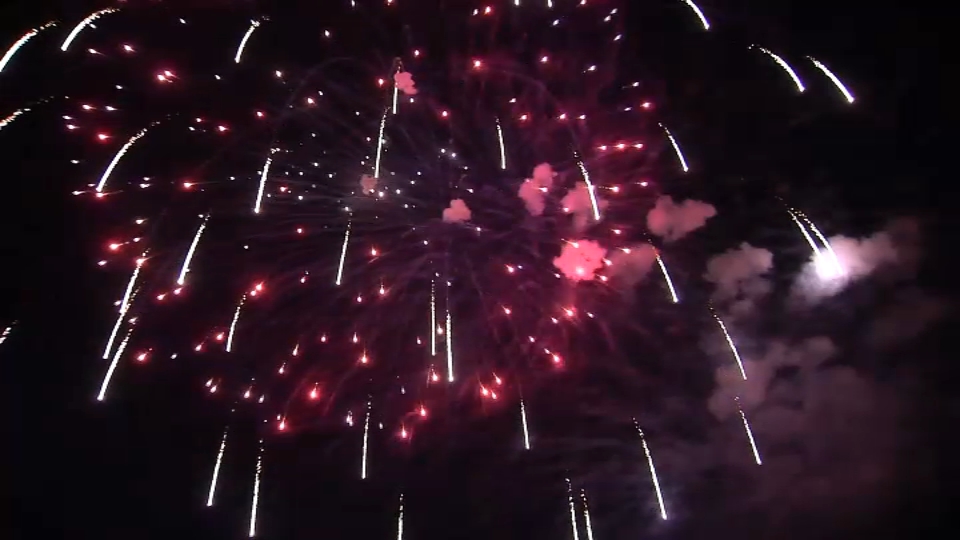 The fire was so intense that hundreds of residents stood outside the church as it burnt down.

"The flames. It was almost apocalyptic," Allen Roycroft said. "It looked like something out of a movie."

The lightning strike was so loud that neighbors felt it.

Firefighters checked the building to make sure it was empty before aggressively fighting the blaze.

They tried to save the steeple as it stood fully engulfed, but the church is now a shell of its former self.

“Completely destroyed the main church and a steeple and it's presently working it’s way to the back of the church,” the chief said.

But will this church be able to be recovered?

“This church is a total loss,” Chief Sullivan said.

The church's congregation is absolutely devastated by the fire.

A woman who has been a member since she was two said she had to see this happen, but her husband did not want her to come down and watch.

They could all hear what was happening, though. And most had to see it for themselves.

"It's irreplaceable. It really is,” one man said.

“It was a fixture here. I mean it’s unbelievable,” another man added.

The First Baptist Church of Wakefield has been there for 150 years and has a congregation of 120.

“Thirty-five years ago I came here as a foreign student and this church opened its arms to me. Since then I never left,” a third man said as he stood outside the church.

“I’m 72 and I’ve been coming to the church since I was two years old. And my parents were both members. I became a member here. I was married here. I’ve buried both my parents here," Marsha Carter said. "It’s just a lot of memories in the church, and the church is my second home.”

It served as a home to others, a concert band, a 4-H club and a nursery school.

“I went to preschool in this church and I grew up going to 4-H here when I was in middle school and all through high school so I spent a lot of hours in there,” one young woman said.

Neighbors say the building was being renovated. One Wakefield officer tells NBC10 Boston that the church was also struck by lightning in the 60s and was in disrepair for years.

Surrounding towns that assisted include Reading, Woburn, Saugus and Melrose.