UFC fighter Conor McGregor was the star of the show Saturday night when the Boston Bruins hosted the Columbus Blue Jackets at TD Garden.

The Irish legend pumped up the team in the locker room before the game, took part in a ceremonial puck drop and a whole lot more. In fact, he watched the end of the overtime period at ice level, and his reaction to Bruins forward Brad Marchand's winning goal was amazing. Check out that reaction, plus his postgame celebrations in the B's locker room, in the video below:

We had the luck of the Irish on our side last night. ☘️ @TheNotoriousMMA | #BehindTheB pic.twitter.com/1Q68rDiLHU — Boston Bruins (@NHLBruins) March 17, 2019 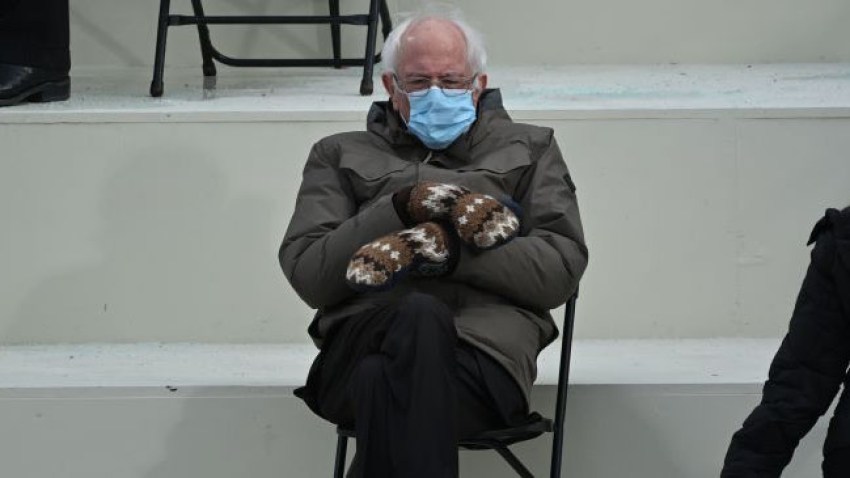 Woman Behind Bernie's Mittens Making More For a Good Cause

What a perfect way to begin the St. Patrick's Day celebrations.

There's no question McGregor loves the City of Boston, and he's also enjoyed plenty of success in the Octagon at TD Garden.

He seems to be quite fond of the Bruins, too, and it wouldn't be a bad idea for the team to bring him back for the Stanley Cup playoffs.