The sudden, tragic death of college star and NBA hopeful Terrence Clarke reverberated from the West Coast to the east overnight.

Clarke, a 19-year-old Boston native, died in a car crash in Los Angeles Thursday, the University of Kentucky confirmed. The 6-foot-7 wing had recently finished his first season with the Wildcats and had declared for the 2021 NBA draft last month.

Clarke led New Hampshire’s Brewster Academy to the 2019 National Prep Championships and had his team back in the 2020 finals before the COVID-19 pandemic canceled the rest of the event. He signed with Kentucky as one of the top prospects in the 2020 high school class.

The death of 19-year-old Dorchester native Terrence Clarke, who was preparing for the NBA draft, came as a shock to loved ones in Boston.

"Our community is devastated by the news," Head of School Craig Gemmell said in a statement posted on the Brewster Academy website. "To the world, Terrence was a star on the basketball court, an icon in the communities he was involved with, on a path to college and NBA stardom. To us here at Brewster Academy, he was a friend, a student, and, yes, also a valued member of the prep basketball team."

Clarke arrived at Brewster as a sophomore and quickly became "a light to all who knew him," according to Gemmell, who described Clarke as an open, positive person with a "truly infectious smile."

Jason Smith, the school's basketball head coach, said that Clarke had a "profound impact" on the community and the program during his two years at Brewster.

“Terrence had a magnetic personality and charisma that would command any room he entered," Smith said. "Our thoughts and prayers are with this family, friends, teammates, and all the lives his tragedy has impacted.”

Clarke's teachers also looked back on their time with him in school.

“He was an enormous presence in the classroom,” history teacher T.J. Palmer said. “His enthusiasm and energy really did match his stature. He loved a good debate in history and made each class richer just being in it.”

"All of us who knew Terrence here at Brewster grieve the loss of this incredible young man, and we embrace his family with support and love at this terrible time," Gemmell added.

One of Clarke’s coaches at the Vine Street Community Center in Boston, Aldexter Foy, told the Boston Globe that he was with Clarke in Los Angeles just before the accident.

“We just left the gym; he had just left me,” Foy told the Globe. “It is terrible.”

David Hinton, manager of the Vine Street Community Center, has known Clarke for years and watched him grow into an exceptional basketball player as he visited the center growing up. He said Clarke had stopped by over the summer.

"It's just a really tough time for us," he said. "We are pretty devastated over the situation. He was really close to this place and he loved coming here since the age of 10."

Hinton said he'll miss Clarke's smile and his silliness. "You know, kind of goofing off a little bit every now and then."

Clarke was returning from a workout around 2 p.m. Thursday when he ran a red light, collided with another car, hit a street light pole and then a block wall, according to Los Angeles police. He died on the way to the hospital.

His teammate BJ Boston, who had been in a car behind Clarke, is reportedly OK.

After the Boston Celtics' game against the Phoenix Suns, coach Brad Stevens and Kemba Walker spoke to the media about Clarke's death.

Celtics stars Jayson Tatum and Jaylen Brown worked out with the Brewster prep star on off days before he went to Kentucky, according to MassLive.com. Clarke himself called Brown and Tatum two of his "big supporters," while Brown called Clarke a "super talented kid, who is going to have a bright future."

In a tweet, Brown suggested that Clarke's name be called as a tribute during the NBA draft.

In a statement, University of Kentucky men’s head basketball coach John Calipari said he was going to Los Angeles to be with Clarke’s family.

“I am absolutely gutted and sick tonight,” Calipari said in the statement. “A young person who we all love has just lost his life too soon, one with all of his dreams and hopes ahead of him. Terrence Clarke was a beautiful kid, someone who owned the room with his personality, smile and joy. People gravitated to him, and to hear we have lost him is just hard for all of us to comprehend right now. We are all in shock."

Clarke is survived by his parents and his three siblings. 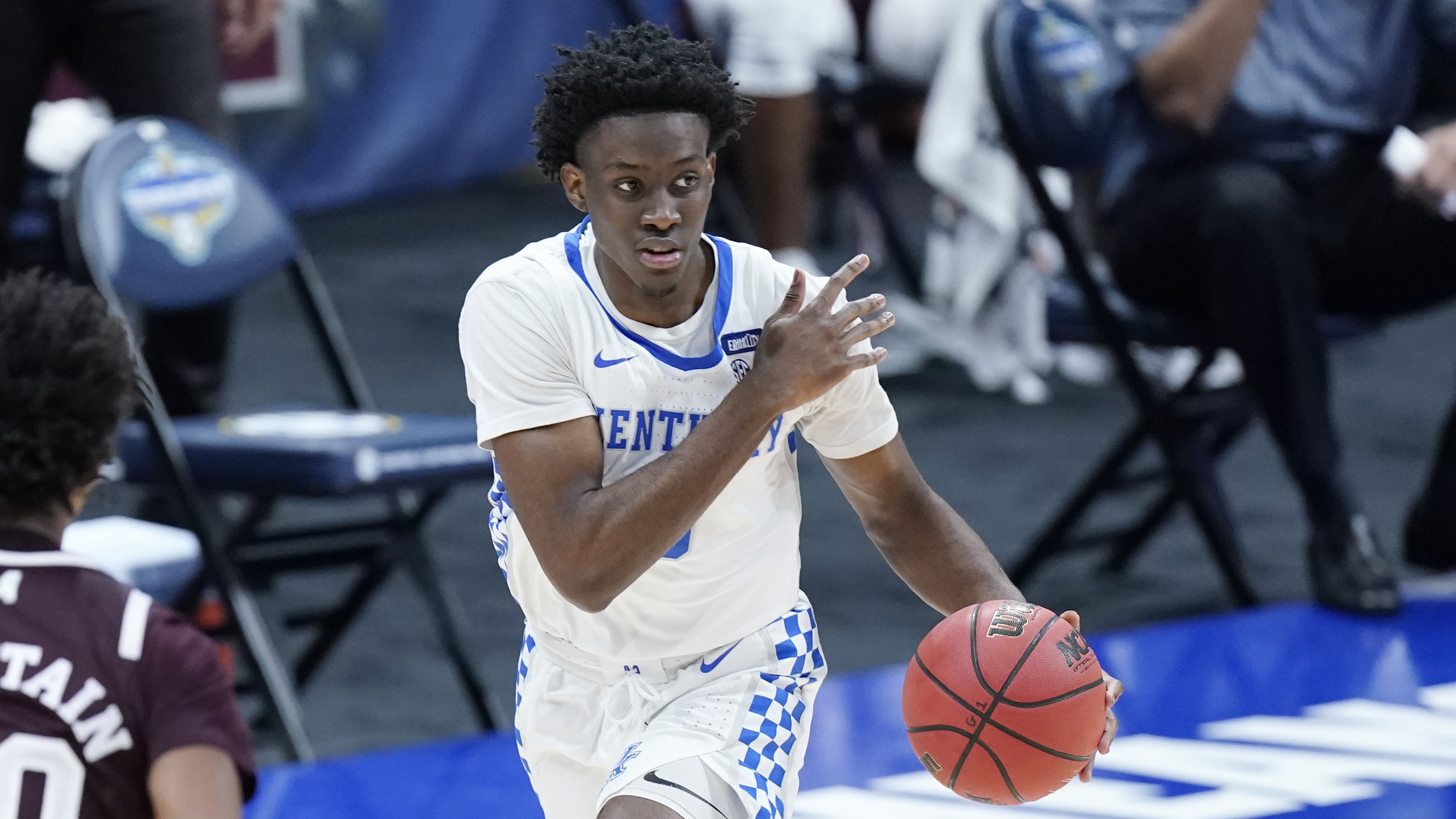 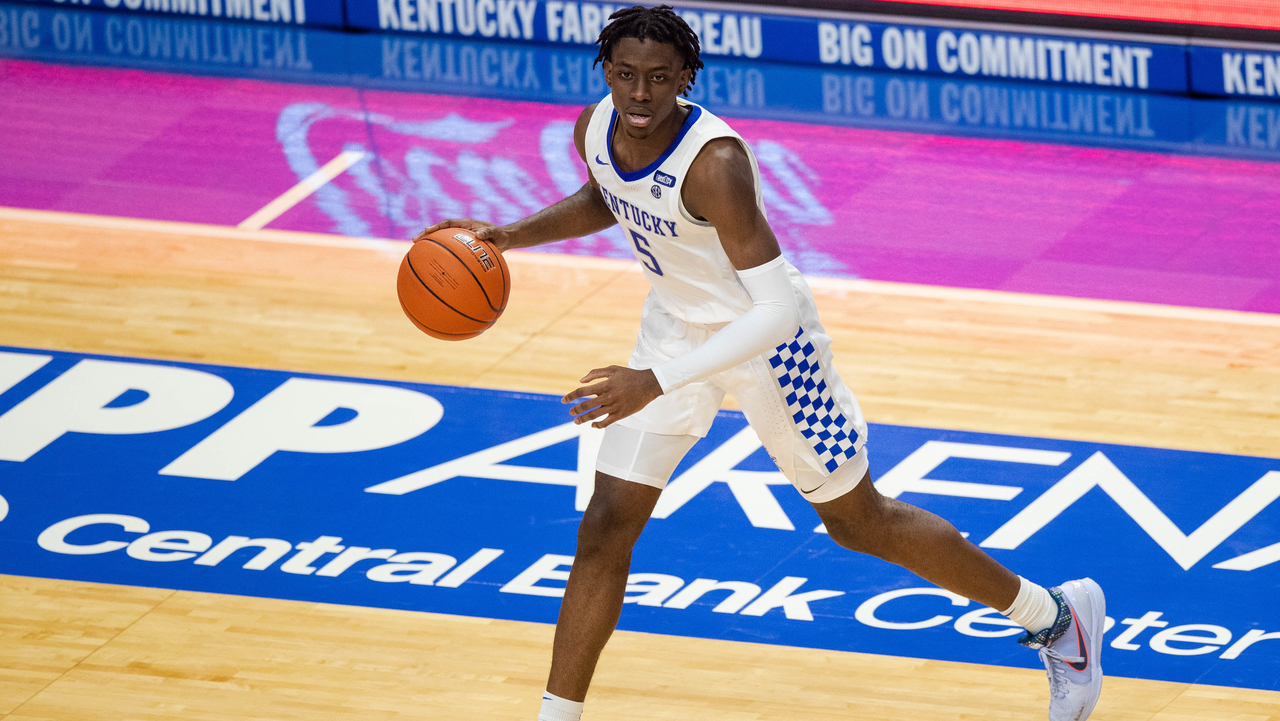