A ceremonial transfer of power was held at 2:15 p.m. Wednesday, ahead of Gov.-elect Maura Healey's swearing in Thursday

Baker had a full day as he wrapped up business in the corner office on Beacon Hill.

Baker finished his day by walking out of the State House one final time as governor of the Bay State. He plans to take a couple of months off, before taking over as the next NCAA president in March.

As his eight years as Massachusetts' governor draw to a close, Charlie Baker bid his farewells at the State House Wednesday.

Over the past few days, Baker has reflected on his time in office — touting his success at taking the state budget from a billion-dollar deficit to a multi-billion dollar surplus, delivering on infrastructure projects and housing reform, while also lamenting how the COVID-19 pandemic upended his second term agenda.

He and Lt. Gov. Karyn Polito have a message of thanks for the people of the Commonwealth.

“It is our fervent hope that your generosity never waivers, it is truly what makes you special, and it’s the foundation upon which we can continue to build great communities and a great Commonwealth," Baker said during a farewell address Tuesday. "We are deeply grateful the gifts you’ve given us over these past eight years, and I want you to know that you will be sorely missed by the two of us and by our teams.”

Baker was feeling sentimental Wednesday as he got ready to leave the State House for the final time.

In an interview, outgoing Gov. Charlie Baker looks back on his governorship and ahead to his new role as president of the NCAA.

One of his last official duties was the traditional ceremony where Baker presented Healey with four gifts that symbolize the transfer of power. They include the governor’s gavel crafted of White Oak from the original USS Constitution, the ceremonial key to the governor’s office door, the Bible originally passed on by Gov. Benjamin Franklin Butler in 1884 and two volumes of the Massachusetts General Statutes dating back to 1860 -- in it, each governor since has written a short message to their successor.

Earlier in the day, the governor presided over the swearing in ceremony of new legislators. He got emotional afterward when asked what he was thinking during his final time presiding in the House chamber.

Days before the end of his term in office, Massachusetts Gov. Charlie Baker held a news conference to review his administration's accomplishments and what he'll miss about the commonwealth.

"This building has certainly played an important part in my life and I hope I've lived up to it," he said. "And I think the big thing... I'll miss it. I'm going to leave it at that. I'll miss it."

Baker took his "lone walk" out of the State House around 5 p.m. Wednesday, where he was swarmed by well-wishers as he walked out the doors for the last time as governor. He still needs to deal with a few dozen bills that landed on his desk on Wednesday and he officially remains in office until noon Thursday.

In his final days in office, Gov. Charlie Baker looks back on his time leading Massachusetts and touches on what drew him to his next role as president of the NCAA.

Healey is scheduled to be sworn in as the next governor on Thursday morning, alongside incoming Lt. Gov. Kim Driscoll. Then on Thursday night, there will be an inaugural celebration at the TD Garden, featuring a lineup of performers. 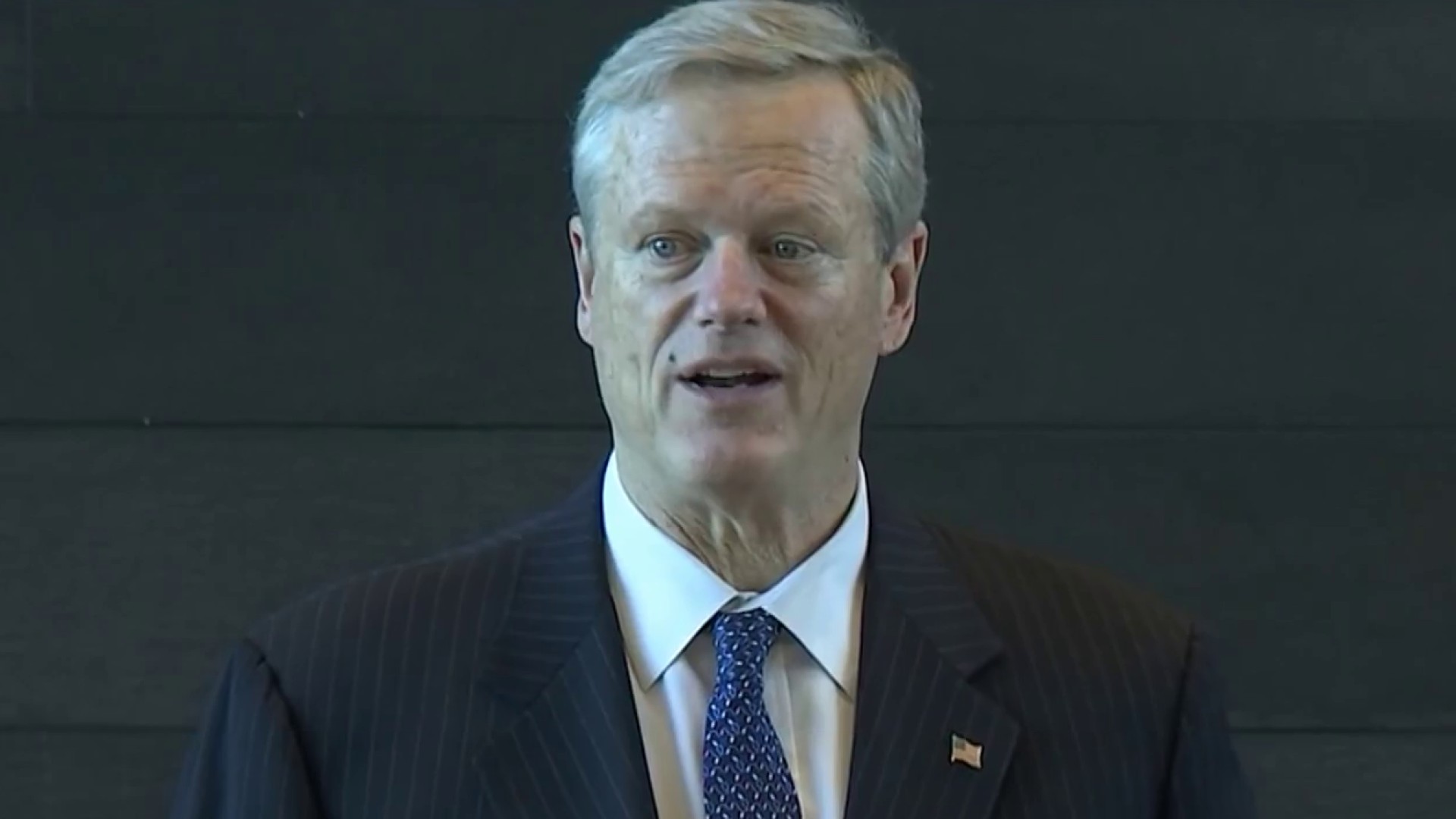 Gov. Charlie Baker to Be Next NCAA President