Andrii Stetsiuk of Weymouth, Massachusetts, came to the U.S. five months ago to study English; his wife, Irina, and their 3-year-old son, Lev, fled Ukraine two days before Russia invaded

A Ukrainian man living in Weymouth, Massachusetts, has finally reunited with his wife and son, who arrived Wednesday from their war-stricken homeland.

Andrii Stetsiuk came to the U.S. five months ago to study English. He's one of the few lucky Ukrainian men who get to be with family at a time when war is tearing families apart.

Men between the ages of 18 and 60 aren't allowed to leave Ukraine under martial law, which was declared after Russia began its brutal invasion.

Stetsiuk's 3-year-old son, Lev, often asks why he suddenly had to abandon his home.

"We tell our son that monsters came to our country, to our city, to our house, he said. "That's why we can’t go back to Ukraine for now."

Lev and his mother, Irina, fled Ukraine two days before Russia invaded on Feb. 24. Their hometown of Kharkiv has been hit particularly hard.

"I told my wife, 'Take some stuff and run to Czech Republic,'" Andrii Stetsiuk said.

They fled to that country, where they stayed a few weeks before being granted visas to join Stetsiuk in the U.S.

But Stetsiuk's worries haven't let up. His nieces, nephews, three siblings and his parents stayed behind and currently live crammed in a cellar below their apartment building, waiting for the war to end.

"My family is stuck in Kharkiv," he said. "They didn't want to leave." 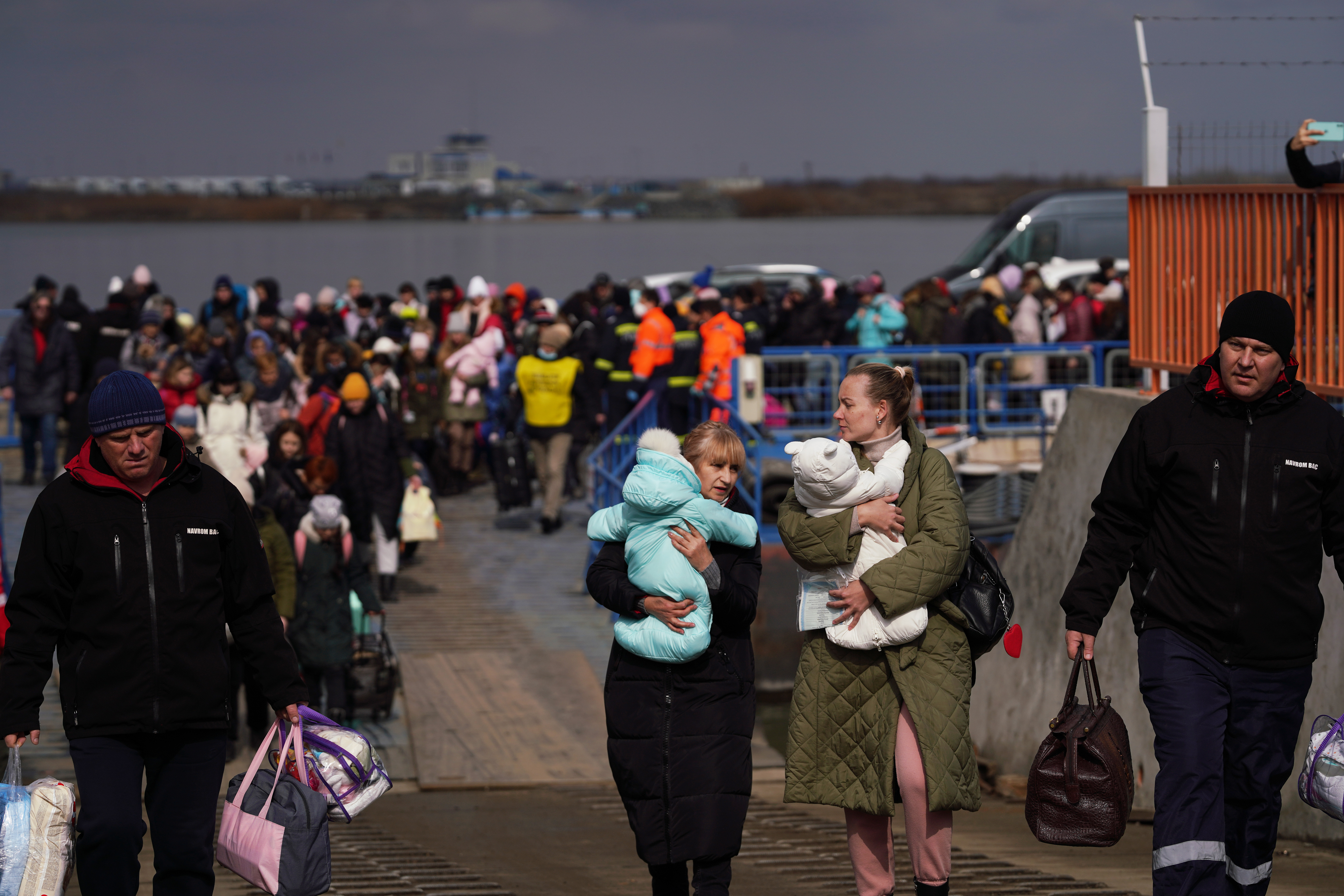 ‘They Were Shooting Civilians': Ukraine Refugees Provide Testimony of Abuse

Stetsiuk said he has pleaded with his loved ones to leave, as most of Kharkiv is in ruin. But they tell him they feel it's too dangerous to do so.

Immediately after finding out his wife and son were coming to Boston, Stetsiuk took to Facebook, asking anyone to help donate anything so his family wouldn't arrive to an empty home. As soon as he knew it, help came pouring in, with people donating clothes, bedding, kitchenware and toys — lots of toys.

"I appreciate everyone who helped us and bring a lot of toys, and I hope that my son feels good and he doesn't feel this war and the pain that everyone in Ukraine has for now," he said.

Stetsiuk doesn't know what the future will bring, but for now, he's counting his blessings. All he knows for sure is that Ukraine will see this war through and fight until the end, whenever and however that end will be.