Massachusetts State Police Col. Christopher Mason said the men identified themselves as being part of a group known as Rise of the Moors

Police say they have safely resolved a situation with a group of heavily armed men who refused to comply with police Saturday morning, resulting in the shutdown of busy Interstate 95 and shelter-in-place orders for parts of Wakefield and Reading.

The group of nine men were reportedly in two cars stopped in the breakdown lane on I-95 in Wakefield with their hazard lights on around 1:30 a.m. when police stopped to assist them. Police said the responding trooper saw that they were wearing “tactical or military style” uniforms, including tactical vests and body cameras. Some had long rifles, others pistols or some combination of both.

Massachusetts State Police Col. Christopher Mason said the men identified themselves as being part of a group known as Rise of the Moors. The group's website describes them as "Moorish Americans dedicated to educating new Moors and influencing our Elders."

Part of a major highway was shut down for hours while residents of two communities were told to shelter in place, the result of a standoff between police and a group of armed men.

According to the Southern Poverty Law Center's website, the Moorish sovereign citizen movement is a collection of independent organizations and lone individuals that emerged in the early 1990s as an offshoot of the anti-government sovereign citizens movement, which believes that individual citizens hold sovereignty over, and are independent of, the authority of federal and state governments.

Authorities in Wakefield, Massachusetts say hostage negotiation teams are working with the armed men to de-escalate the situation.

"I would call them a member of an extremist group," said Ken Gray, a retired special agent with the FBI. "Sovereign citizens are normally not violent, they are instead a nuisance group."

Gray says the group abides by a bogus treaty between the U.S. and Morocco as the basis of its ideology.

"No such treaty existed, but they claim there was a treaty that allowed them to operate in the country without being citizens of the country," said Gray.

During the negotiations with police, the heavily armed group went live on YouTube and said they were not anti-government or sovereign citizens.
They said they were lawfully headed to training.

"This is just a cocktail for bad intentions," said Todd McGhee, a former Massachusetts State Police trooper who now works as a security consultant.

He says despite the group's claims, they are known to act independent of the law.

State police in Rhode Island, where the group is based, say they are familiar with it. Mason said he did not have any knowledge of the group prior to Saturday, but said it is not unusual for Massachusetts State Police to encounter people with "sovereign ideologies."

"I'm not saying that this group does, but we have had those encounters before in the past, we trained to those encounters," he said. "We very much understand, you know the, I guess the philosophy that underlies that mindset, and we train our officers actually at the academy on on these interactions and how to de-escalate those situations and how to engage with people that have that that philosophy and mindset and resolve those situations, you know, in a peaceful manner, which is what we're committed to doing today." 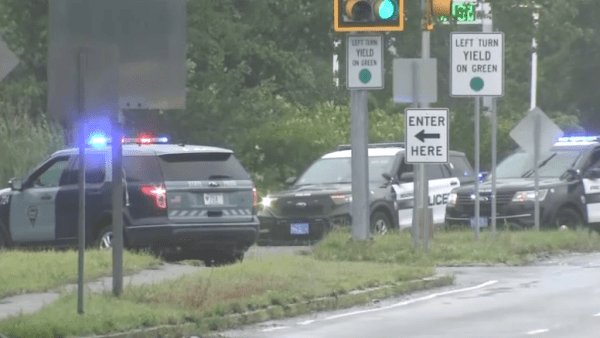 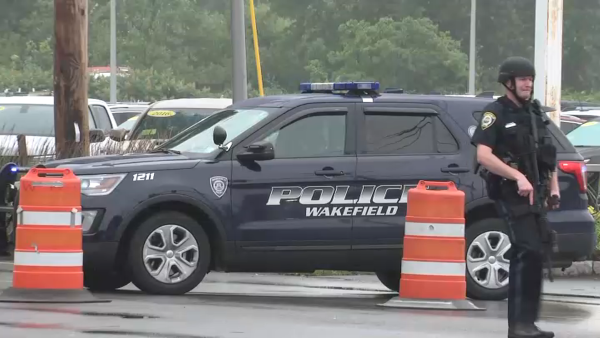