What Experts Say About Teens Unsure About Whether to Get Vaccinated

They only recently became eligible to get the coronavirus vaccine, but there is some hesitancy among teenagers in Massachusetts over whether or not to do so.

For some families, the shot is a no-brainer, but for others, it is the subject of debate.

“I just don’t know if it’s going to affect my body negatively and I feel like we don’t know enough yet,” said 17-year-old Kayla Hernandez.

She said she's far from eager to roll her sleeve up over fears of side effects and long-term complications, and said a lot of the young people she goes to high school with in Boston are also on the fence.

While the number of people getting coronavirus vaccines in Massachusetts has gone up, there is now a surplus of appointments.

“Most of my friend group is like, 'No, not today,'” Hernandez said.

The shot is not just a tough sell for some teenagers. According a national poll of just over 1,000 parents, 40% of them would not commit to giving their child the vaccine, though the Pfizer vaccine -- the only one currently approved for teenagers -- was thoroughly tested in the age group and has been found safe.

Tanya Washington of Roxbury is one of those hesitant parents. The mother of three does not plan on getting any of them vaccinated.

“I think it was rushed. I think we don’t know enough about the long term effects and look at what happened with Johnson & Johnson, people are getting blood clots,” she said, referring to an extremely rare reaction some people had to the single-dose vaccine, which was re-approved on Friday.

Federal health agencies have lifted an 11-day pause on use of the Johnson & Johnson COVID-19 vaccine.

Dr. David Rosman, the president of the Massachusetts Medical Society, said he is disappointed but not surprised to hear about the hesitancy.

He is particularly concerned because, even though many children do not get as sick from COVID-19, some can develop a serious illness called Multisystem Inflammatory Syndrome, he said.

It happens much more to Black and brown people than white people, Rosman said, “so we need to get through this hesitancy to get to equity,”

He added, “And we need to do a better job of explaining why it is so important.”

Dr. Chris Garofalo, a family physician in Attleboro, said he is trying to convince his patients that, even though the vaccine is new, the science used to develop it is not. He said the benefits far outweigh the risks.

“By protecting the kids, you’re also protecting the people they’re around. Any opportunity you have to keep them from spreading it to grandma or grandpa is a good idea,” Garofalo said.

So far, roughly 28% of 16- and 17-year-olds have received their first shot in Massachusetts. Health experts hope with time, that number will get even higher.

“This is one of the ways we get out of this pandemic. We get as many people vaccinated as we can,” Garofalo said. 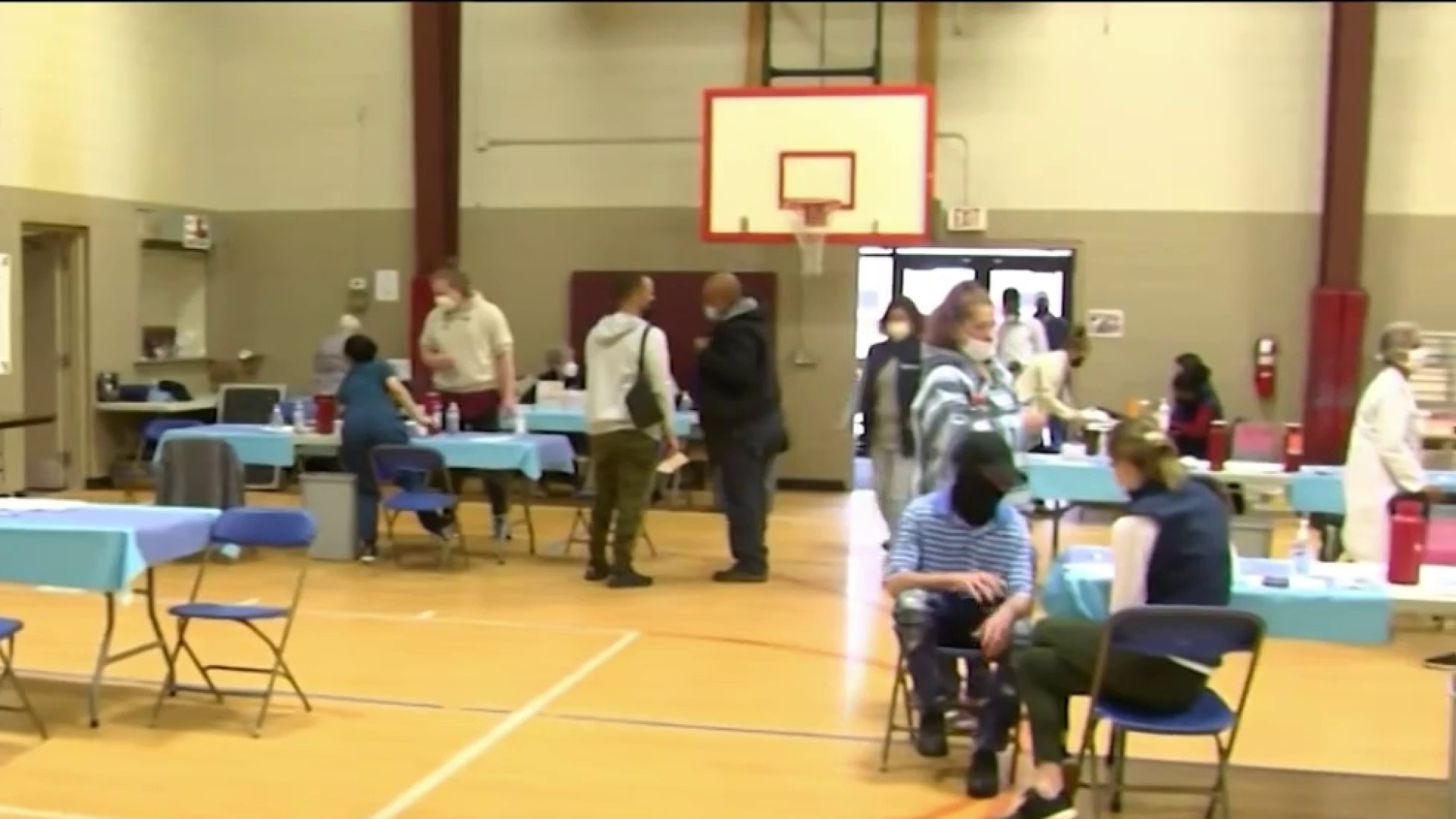 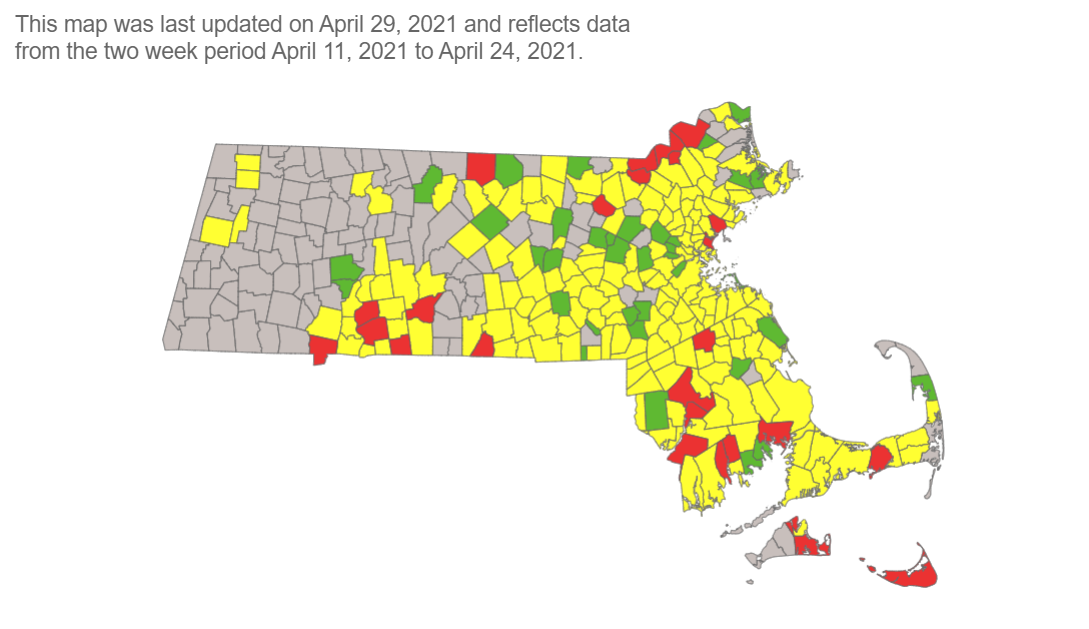 Number of Mass. Communities in High-Risk COVID Red Zone Falls by Nearly Half, to 26