There's a lot of buzz around the Boston Celtics' success in the playoffs this season. And it may have gone to their heads.

Wondering where Marcus Smart gets his ever-changing signature styles? Then look no further than Mobar Cuts in Waltham, Massachusetts.

"Hottest cutter in Boston, I promise you," Smart says in a cellphone clip with owner Coco Hernandez.

He and his team take care of the C's and the cuts that bring them luck on the court.

"Marcus, he's a pretty creative guy. He likes to get wild with his hair sometimes," said Coco. "Most recently he's done his green hair, and, you know, ever since before we've got to the Eastern Conference Finals, he's been rocking that. Good playoff energy."

In fact, Hernandez gives many of the Celtics players and coaches a fresh cut, from Al Horford and Daniel Theis to Derrick White.

"Oh, yeah, I'm a Celtics guy," Hernandez said. "I've been a die-hard Boston fan for a majority of my life, as long as I can remember."

He doesn't make the Celtics come to him. He does cuts right at their practice facility or brings his mobile barber shop to them.

Hernandez is confident he's got the Celtics lineup lined up just right to beat the Golden State Warriors by at least a razor-thin margin.

"As long as we can remain healthy, and God willing, I think that we can beat the Warriors in six," Hernandez said.

More on Marcus Smart and the Boston Celtics 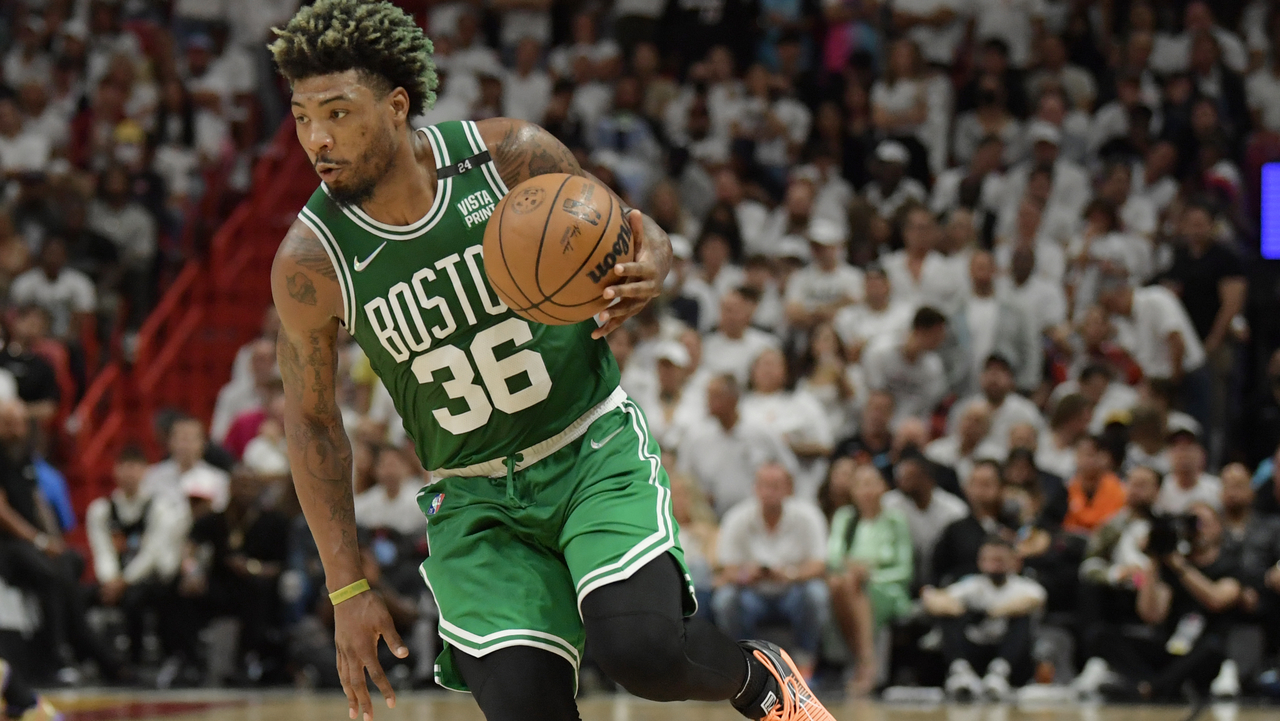