Cindy Chesna, the widow of a Weymouth police sergeant killed in the line of duty in 2018, is speaking out against what she described as the "vilification" of police amid national calls for reform.

In a lengthy Facebook post, the widow of Sgt. Michael Chesna called police reform legislation in Massachusetts and demands to remove "thin blue line" flags a show of "utmost disrespect" to police.

"I take each of these actions as a personal attack on everything Mike stood for as a police officer and a decorated army veteran with two combat tours in Iraq and Afghanistan," Chesna wrote.

"My children are growing up in a world where police are vilified. Their father was not a villain, he was a hero who made the ultimate sacrifice. His memory should never be tarnished by anyone," she said.

The post was shared by the Yarmouth Police Department. Yarmouth police Sgt. Sean Gannon was killed in the line of duty the same year.

Sgt. Chesna was shot to death July 15, 2018. He was responding to a call of a crashed vehicle when 20-year-old Emanuel Lopes allegedly threw a large rock at his head, then shot Chesna multiple times with the officer's gun.

A sea of blue gathered to honor Michael Chesna, the Weymouth Police sergeant who was shot to death while on duty this weekend.

"When Mike was murdered, there were no protests (peaceful or otherwise), no riots, and no looting. There was certainly no public outcry from politicians for the reform of a broken justice system that lets repeat offenders out on the street," Cindy Chesna wrote. "Instead everyone banded together and prayed, we prayed that we would find the strength to face each day with the knowledge of what we lost."

She criticized politicians who she said had once offered unwavering support but now support reform legislation.

"Two years later I am witnessing the complete opposite from a lot of the people who looked me straight in the eyes at Mike's wake and promised to always be there for me, offering anything they could do." Chesna said. "Now those same politicians are showing the utmost disrespect to our officers with this reform bill."

The Massachusetts House of Representatives passed a sweeping police reform bill last week that would require all police officers in the state to get certified, curb the use of force tactics and implement accountability measures.

The Massachusetts House of Representatives passed a sweeping police reform bill Friday night that would create a new system to license cops and enforce limits on the use of force, like chokeholds and tear gas.

Chesna pointed to the town of Hingham, where Fire Chief Steve Murphy and Police Chief Glenn Olsson recently decided to remove thin blue line flags from fire trucks in response to complaints. The black-and-white versions of the American flag include a single blue line in the center, a sign of support for law enforcement.

The flags have flown atop Hingham fire trucks around the anniversary of Chesna's death for the last two years but have recently “taken a different political meaning,” the chiefs said.

"The thin blue line flag is not a political statement and does not represent an opposition toward anything," Chesna said. "It simply represents the police officers role of separating the good from the bad while creating order from the chaos. This is what separates the world from them."

The thin blue line flag has drawn some criticism amid protests for racial justice following the deaths of Black people at the hands of police.

In once case, NBA superstar James Harden was criticized after his team, the Houston Rockets, posted a photo of the guard wearing a thin blue line facemask. Harden said he was not trying to make a political statement.

The widow added it was "not okay" to discriminate and that police who abuse their authority "should be removed from their position and punished criminally."

"These bad apples are the exception rather than the rule," Chesna said. "But it has become absolutely permitted and almost encouraged to despise police officers because of the job they choose to do."

More Coverage on the Call for Police Reform 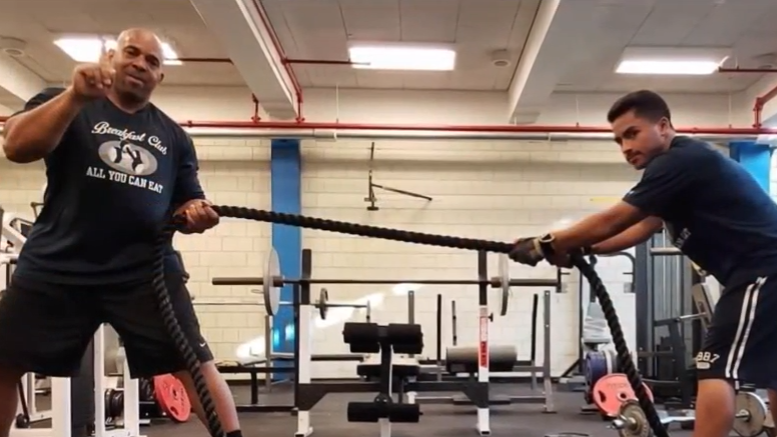