Pet owners in one area of Massachusetts are being warned to look out for coyotes after a couple of dogs were attacked on recent walks.

Dog owner Dale Ballantine said back in June, she was walking her rare Tibetan Terrier named "Cricket" in Willards Woods on the Burlington-Lexington line, when a coyote bit her and almost carried her away.

"She got bitten right underneath. Behind her legs," Ballantine recalled. "I screamed 'no'. That’s what I screamed when I saw her dangling from the coyotes mouth."

Since the attack, town officials have posted signs to warn dog owners of the danger.

Several other dog owners told NBC Boston that they too, have had their dogs chased or bitten by coyotes, including Rebecca Mersiowsky.

"I saw my life and his life flash before our eyes," Mersiowsky said of her dog Bogey. "We heard him cry out pretty loudly and he came running straight back and was followed by two coyotes about his size. And as soon as they saw us, they ran away but that’s when we saw the back of his leg was all bloody."

The Massachusetts Department of Fish and Game says coyotes are more aggressive in July and August because they are teaching their young to hunt. 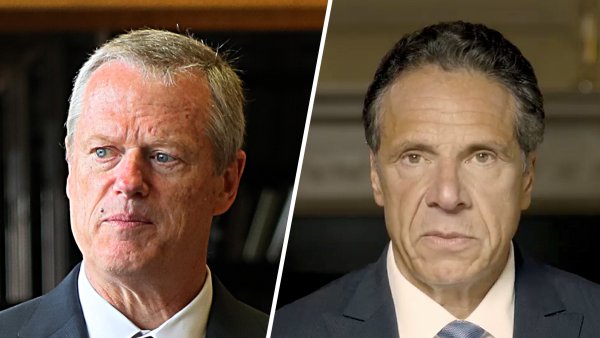 Wildlife officials suggest keeping dogs on a leash, especially small ones. They also recommend that you don't feed your pets outside as coyotes can be attracted to their food. Keeping the lid on your garbage is also suggested because it can be a source of food for wild animals.

Both Cricket and Bodey have recovered from their wounds and are said to be doing fine.

"She's definitely one of the lucky ones," said Ballantine of Cricket.