With Far From Ordinary Life, Andrea Campbell Wasn't Looking at a Political Career

Andrea Campbell says when she decided to run for city council, it was asking one question -- which is, how do two twins, born and raised in Boston, have such different life outcomes?

Andrea Campbell's life has been far from ordinary but the Boston City Councilor who is in the race for mayor says she has turned her pain into purpose.

"When I was eight months old, my mom actually died in a car accident going to visit my father who was incarcerated at the time," she shared.

Campbell and her two brothers bounced between family and foster care until she was eight years old. That’s when she met her father for the first time when he was just out of prison. Campbell credits relatives and teachers for getting her through.

"They were mentors, they treated me like their own children. They bought me clothes, they took care of me," she said.

Despite the instability, Campbell thrived. She went on to Boston Latin School, Princeton University and law school. But it was a very different path for her twin brother Andre. 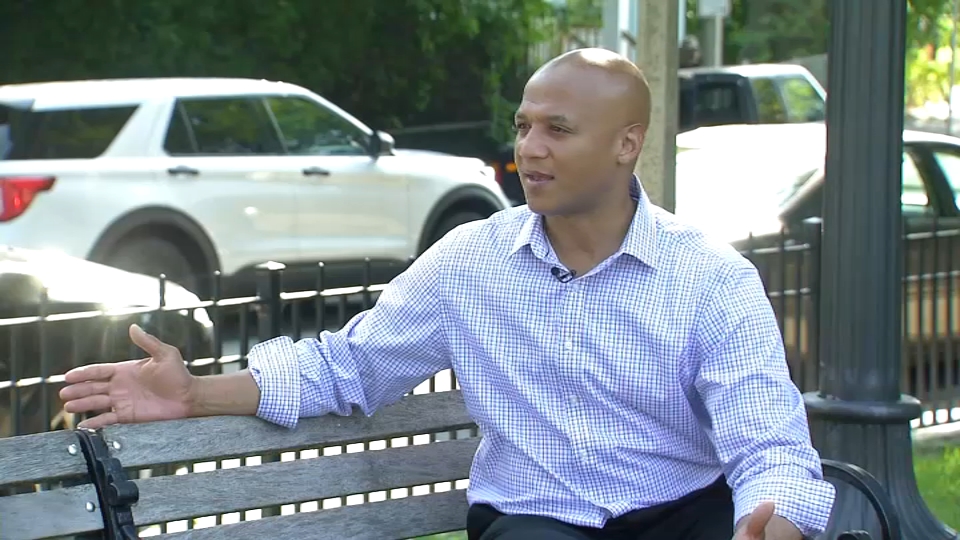 "He was smarter than me. He was charismatic. He was funny," Campbell shared of her brother Andre.

But when he started to act out in school, Campbell says he was disciplined in lieu of receiving mental health support or any kind of a social emotional response.

"He was physically removed from school," Campbell said. "I was going through a similar trauma but got a very different response."

By the time Campbell was in high school, both her twin Andre and their older brother Alvin were in prison.

"It was devastating of course," she said. "It took me a long time not to carry, not only shame, but to not blame myself."

Boston City Councilor Andrea Campbell joins NBC10 Boston to share a little bit of her story, why she’s running for mayor of Boston, and what changes she’d like to see if elected.

Campbell‘s family life got even worse when her father died while she was at Princeton.

"That changed my life forever because now I was technically an orphan," she recalled.

A few years later, Campbell became frantic, unable to get information about Andre, who was suffering in prison from scleroderma. Officials wouldn’t tell her where her brother was.

"And when I called the hospital they said, 'I don’t know what they’re telling you, you need to get here immediately. It is dire.'" she recalled. "And when I got to the hospital, it was abundantly clear to me, he was already gone."

Sue O’Connell sat down with Andrea Campbell to talk about why she’s running to become Mayor of Boston.

To this day, Campbell says she still does not know how Andre died. Her other brother, Alvin, is currently in prison in Rhode Island accused of raping nine women.

For Campbell, she says even on the hard days with all the pain, she is turning that pain into purpose.

She says she ran from the idea of a political career, but when she decided to run, it was asking one question:

"How do two twins, born and raised in Boston, have such different life outcomes?"