Community Comes Together to Lay WWII Veteran to Rest

Albert "Al" Corn, a veteran of the Normandy invasion and Rhineland battles, died last week at the age of 95

A Massachusetts community was invited to go the funeral of a decorated World War II veteran whose own family was unable to attend.

Albert Corn of Methuen died at the age of 95 last Thursday at the Nevins Nursing and Rehabilitation Centre. According to his obituary, Corn left behind a brother and a sister. He had, however, fallen out of touch with his brother and his sister, who is also in her 90s, lives in Florida and was unable to attend.

"I didn't want to see a veteran laid to rest, not having anyone there," Pollard Funeral Home Director Aaron Mizen told The Eagle-Tribune. Determined to find locals to attend the war vet’s funeral, he set out to do just that. 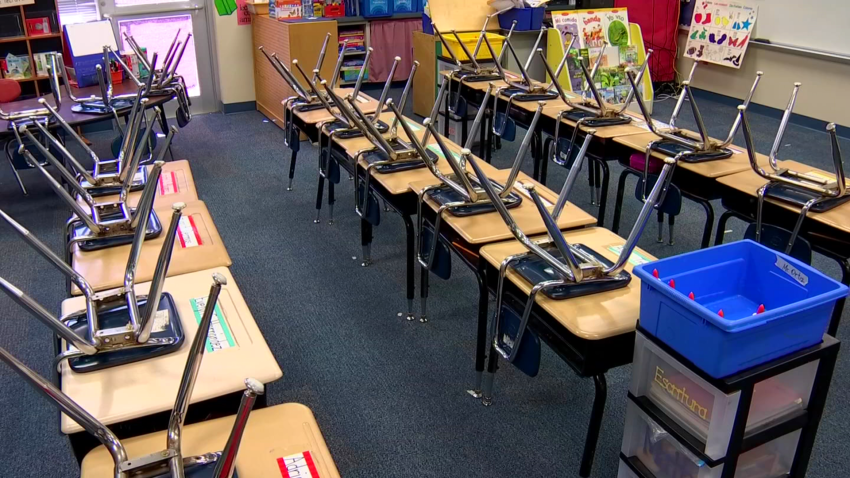 Baker: Most of Mass. in ‘Perfectly Appropriate Place' for in-Person Classes This Fall

Corn fought in critical battles like the invasion of Normandy, France on D-Day and the Rhineland offensive in Germany, earning him the Purple Heart for his service. In December 1945 he was honorably discharged and later moved to Merrimack Valley where he worked for Raytheon for almost 20 years, according to his obituary.

"I'm proud of the city for doing this. It's important," state Rep. Linda Dean Campbell said in the Eagle-Tribune. She is also the chairwoman of the Joint Committee on Veterans and Federal Affairs. "It's hard for us to understand the magnitude of what those who served in World War II, both men and women, what they did... They literally preserved democracy for many countries.”

"A selfless, kind, and generous man, Al touched many lives and the legacy of his generation will forever be admired," Corn’s obituary reads.

Corn's service was held Wednesday morning at the Elmwood Cemetery on North Lowell Street in Methuen. His casket arrived at the cemetery following a procession from the funeral home led by the Methuen Police Department.