"It is night and day from where we were a year ago," Wu said. "It is 80 percent, 90 percent, even, better than where we started a year ago where people were dying on the streets and there were fires and rampant diseases spread from a rodent infestation and widespread human trafficking in structures that we didn't really know what was going on inside."

While the confluence of homelessness and substance use in Boston's "Mass. and Cass" area persists, Mayor Michelle Wu argued Monday that conditions on the ground have improved dramatically in the year since she took office.

Wu, who has drawn criticism from a range of fellow policymakers and community leaders over the ongoing issues near Massachusetts Avenue and Melnea Cass Boulevard, said her communication about response to the ongoing crisis has fallen short at times but otherwise touted her administration's approach as a success.

Asked in an interview on WBUR's Radio Boston to identify a "red X" from her first year in office, Wu said she "didn't claim the right framing for our efforts."

"It is night and day from where we were a year ago," Wu said. "It is 80 percent, 90 percent, even, better than where we started a year ago where people were dying on the streets and there were fires and rampant diseases spread from a rodent infestation and widespread human trafficking in structures that we didn't really know what was going on inside."

Wu said that although the issue is "not solved," the city's approach to the encampments, frequent drug use and mental health issues present at Mass. and Cass has served as a national example of how to address homelessness and addiction.

Her optimism is not universally shared. Wu moved in January to clear encampments from the area, and while officials believe there are now fewer people involved, reports are still widespread about people congregating near Mass. and Cass, often selling or using drugs.

Last month, Wu told WBUR about 20 tents "come up and down every other day." She said the city had worked to stand up about 200 units of "wraparound" supportive housing, but that Boston would be unable to manage the situation on its own and needed "the state to step up."

Boston Mayor Michelle Wu held a news conference Thursday at Roxbury's Clifford Park to provide an update on the situation at the city's troubled Mass. and Cass encampment, but she cut it short as protesters drowned her out after several minutes.

Wu's remarks in October prompted a public spat with Gov. Charlie Baker, who said the state played a key role in development of low-threshold housing and put $40 million toward addressing homelessness and addiction issues.

"The first time she said she was looking for a partner, I kind of ignored it. I actually thought it must have been a mistake or something," Baker told GBH's Boston Public Radio last month, adding that Boston officials halted a series of regular meetings with his health and human services chief, Marylou Sudders.

Their disagreement does not just stem from what role the state played -- Baker told GBH he believes Boston needs to incorporate a law-enforcement angle to its approach.

"I think the big challenge at this point is it's not just a housing, it's not just an addiction challenge," he said. "At some point, the city's got to deal with those drug dealers who just hang around down there and just prey on people."

More on Mass. and Cass. 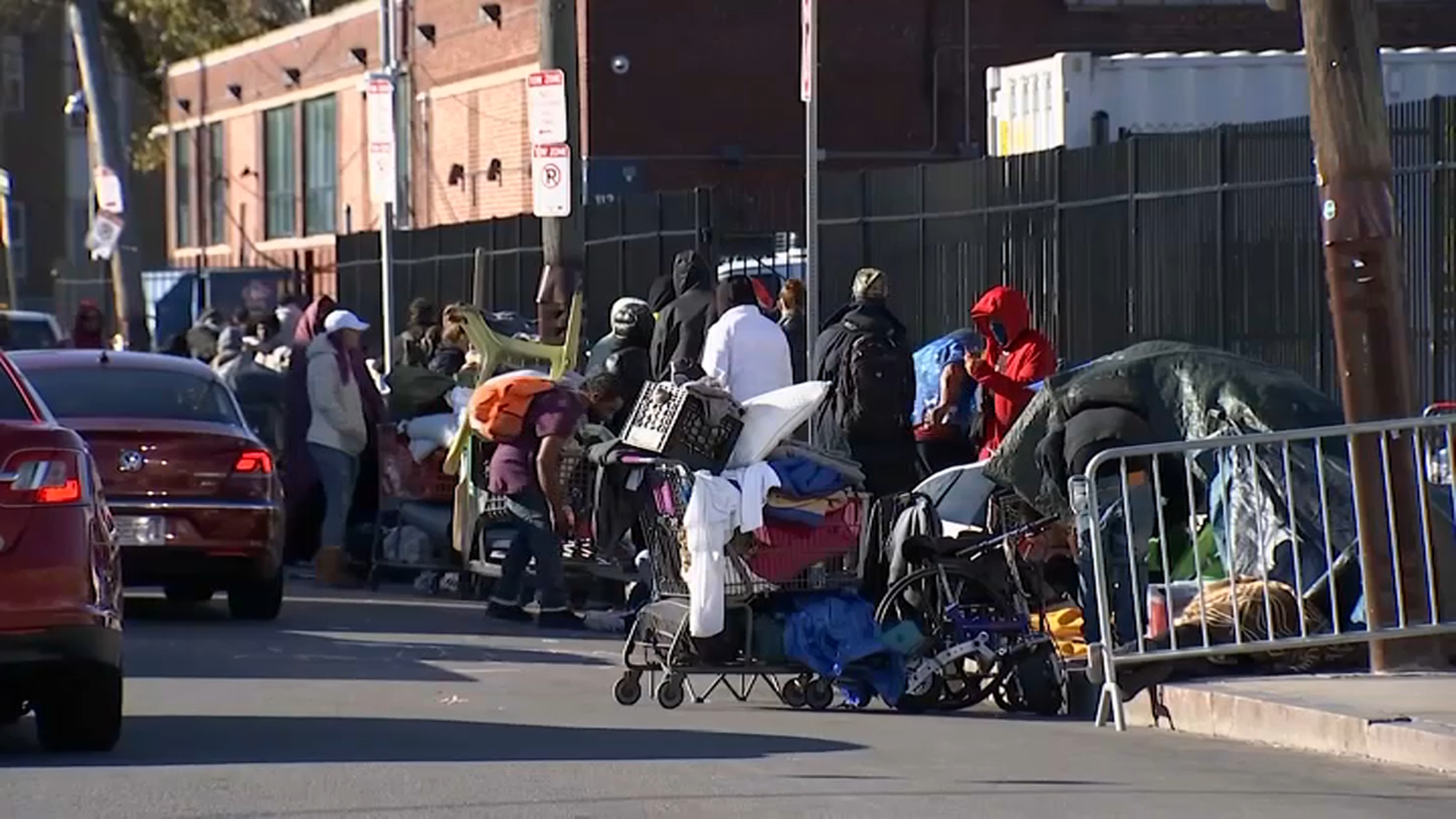 Wu Appeals For Outside Help At Mass. And Cass 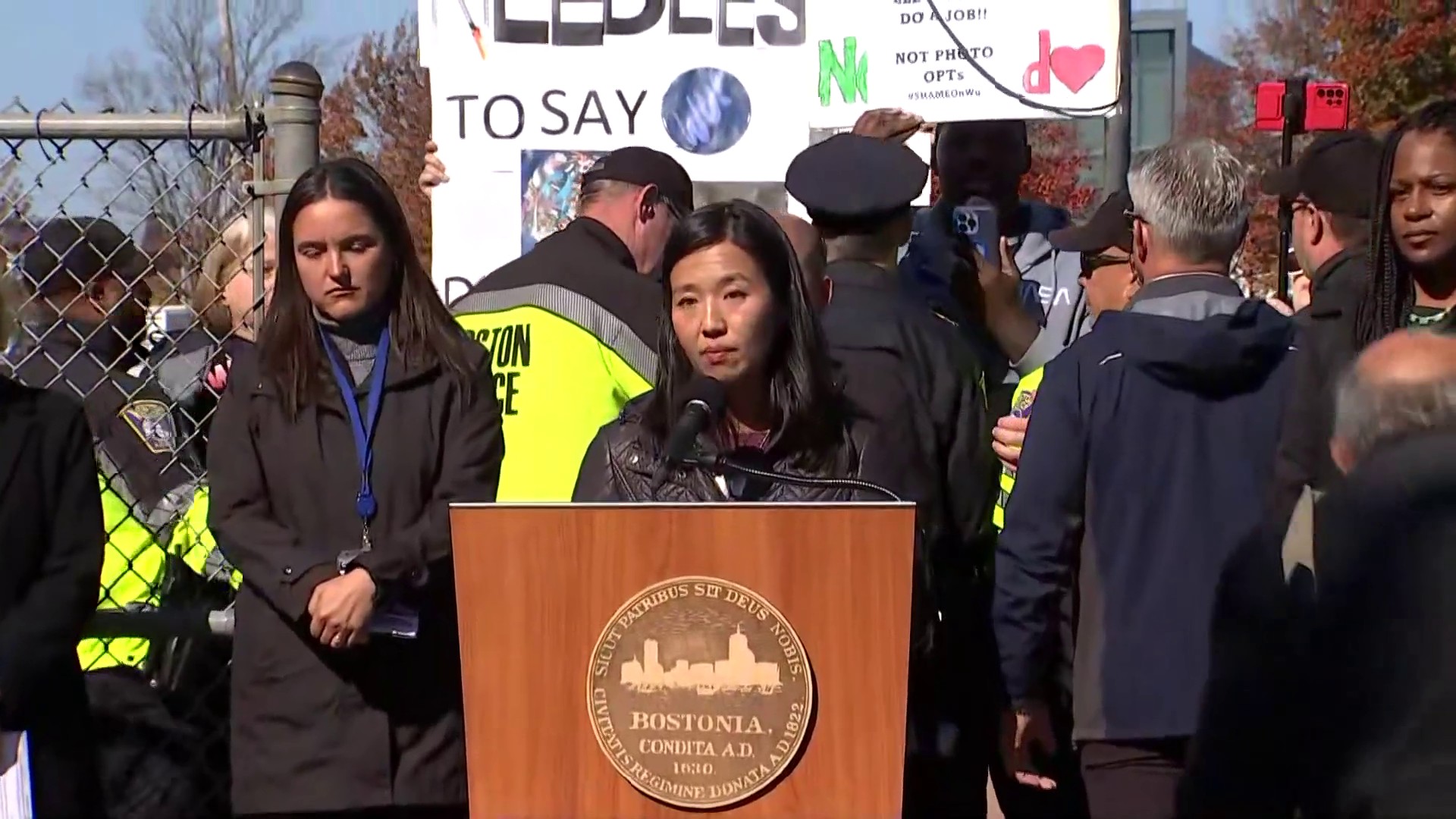 Talking Mass. and Cass, Wu Shares Difficulties, Is Shouted Down by Protesters

Wu on Monday said her Mass. and Cass missteps were more about communication than anything else.

"To now be in a place where there are still many, many people who need services and more people have come knowing that this is a city that is committed to providing services -- I'm really proud of the work that our team has done, but I think not sharing that along the way and not communicating more of what we were measuring, what we were learning along the way, led to quite a difficult set of public conversations about that," she said.

On the flip side, Wu dubbed the city's response to a month-long Orange Line shutdown -- an unprecedented step Baker deputies at the MBTA launched -- this summer as one of her top accomplishments during the first year.

"This is an area where it would've been very easy for city government to walk away. 'This is the state's problem, the MBTA has its own leadership team, a different level of government and it looks like it's going to be really bad -- why don't we just duck for cover and try not to get splashed by the negative consequences of that?'" she said. "Instead, our team really stepped up and said we're not only going to take on the risk of owning some of this, but we don't have any other choice."