The killings heightened anger and fear among Asian Americans already experiencing a rise in hostility, which has continued

Robert Peterson misses spending Sundays with his mother, cooking and running errands. Dana Toole plays a video of her sister over and over just to hear her voice. Michael Webb has started speaking out about gun control since his ex-wife's fatal shooting.

A year after a gunman killed eight people at three Georgia massage businesses, their family members and friends are struggling with grief and trying to heal while dealing with the intense public attention focused on the horrific slayings.

“Our whole world just changed. It blew up in that moment,” said Peterson, whose mother, Yong Ae Yue, was among the dead. “It was a bit overwhelming. We didn’t ask to be here. It was weird to have people so interested.” 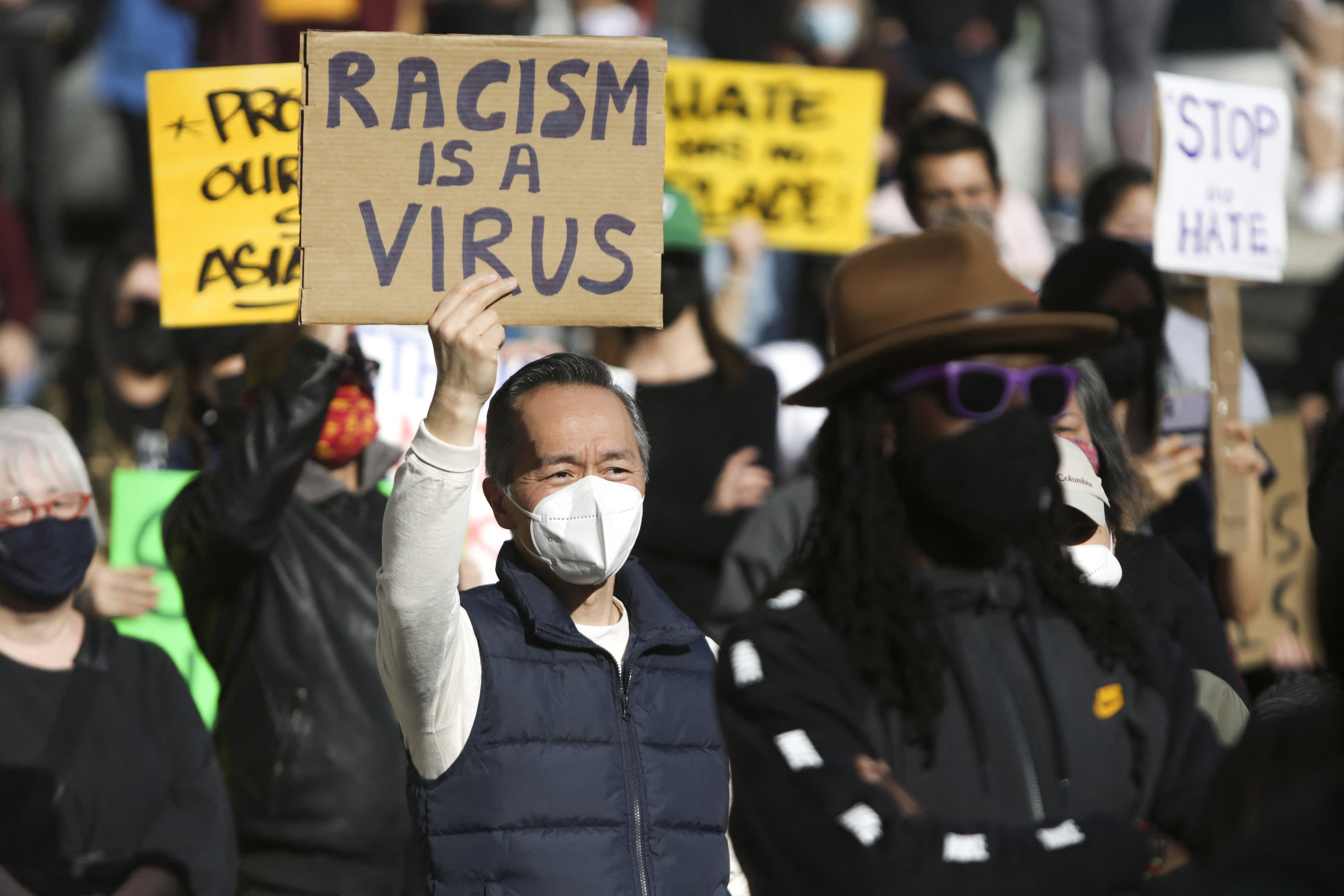 These AAPI Groups Are Crowdfunding Safety in Face of Government Inaction

How Teachers and Schools Are Combatting Anti-Asian Hate

Two of the Cherokee County victims and all of the Atlanta victims were women of Asian descent. The killings heightened anger and fear among Asian Americans already experiencing a rise in hostility, which has continued. The shootings brought increased awareness to that trend and galvanized more people, including non-Asians, to get involved in the movement to fight it.

Many Asian Americans and their allies bristled at suggestions that Long, who told investigators he felt ashamed of sexual urges and saw the spas as a source of temptation, wasn’t motivated by racial bias.

The Cherokee County district attorney, citing the racial diversity of the victims there — two of whom were white and one Hispanic — among other things, did not find evidence of racial animus. But the Fulton County district attorney is pursuing a sentencing enhancement under the state hate crimes law, saying she believes race and gender played a role in the Atlanta killings.

Webb — who was still very close to Tan, his ex-wife — said the shootings opened his eyes to anti-Asian violence and made him worry for his two daughters, who are both of Asian descent.

Noting that Long bought his gun the day of the shootings, Webb speculated that if there had been a waiting period, “there’s at least a reasonable likelihood (Tan) would still be alive.”

A gun owner for decades, Webb said he's long had moderate views on gun control. Background checks, mandatory safety classes and waiting periods make sense to him and, since the shootings, he's spoken out about that publicly.

This week's deadly spa shootings and Congressional hearing have put a new focus on a recent rise in anti-Asian hate crimes.

Toole, Yaun's half sister, said she was terrified to leave her house after the shootings and is considering getting a gun. A newlywed with an infant daughter and teenage son, Yaun was at the Cherokee County spa with her husband, who survived. If she'd had a gun, maybe she'd be alive, Toole said.

“She had no way of defending herself,” said Toole, who fears leaving her own children without a mother.

Long pleaded guilty in July to murder and other charges in the Cherokee County shooting. He was sentenced to life in prison without the possibility of parole.

Toole said she felt angry watching him in court because she didn't see any remorse. But she agreed with the district attorney's decision not to seek the death penalty.

“Just because he took other people's lives that day, to me it didn't give us the right to take his,” she said.

In the wake of a pair of high-profile mass shootings in Atlanta and Boulder, Colorado, a previously planned Senate hearing on gun violence takes on new urgency today. Democrats who now control the House and Senate are hoping to take action, but know they may not have the numbers.

Webb said he and his daughter, Jami — Tan's daughter whom he adopted after they married — favored the death penalty for Long. But after the district attorney explained the lengthy process for a death penalty case, they quickly came around to the idea of locking him up for life and putting it behind them.

“We really felt a relief it was over,” he said.

Long still faces charges including murder in the Atlanta killings and has pleaded not guilty. The Fulton County district attorney is seeking the death penalty in addition to a hate crime sentencing enhancement.

Peterson said he and other victims' family members agreed the death penalty was appropriate, but it’s more important to him to have the killings labeled a hate crime. As the son of a Korean mother and a Black father, he said he's conflicted because he doesn't generally support the death penalty and its disproportionate use on people of color.

With a background in sociology and social justice, Peterson wants to start an organization in his mother’s honor to fight discrimination and promote social equity.

It's the small things about his mother — her laughter, her cooking and the way she loved hearing about her sons' lives — that Peterson misses. He'd get annoyed when she'd call and ask him to drive from Atlanta to her home in the suburbs to change a smoke detector battery or update her computer. But now he lives in his mother's house and doing the same little tasks for his widowed neighbor “fills me with joy,” he said, tears welling in his eyes.

“Being and feeling wanted and needed, feeling safe — that’s what I miss most,” Peterson said.

Toole hasn't visited her sister's grave since her funeral because she doesn't want to believe she's gone. She breaks down when she drives past the cemetery or the spa. On Toole's 30th birthday, seven weeks after the shooting, she stayed in because her sister wasn't there to celebrate as planned.

The close pair loved going to Six Flags amusement park and had water fights at family parties. Toole even recalls Yaun's faults with affection: “She was always late, but it didn't matter because she always showed up.”

Though Webb and Tan divorced roughly a decade ago, they spoke regularly. Tan, who owned the Cherokee County spa, worked constantly and saved most of her earnings, planning to retire in her early 50s to travel and spend time with her family.

“The sadness really comes from the fact that her life was cut short before she could fulfill her dream,” Webb said. “She was healthy and strong. It's just so, so sad.”