During the meeting, Biden and Harris assured the civil rights leader that they would push Congress to pass voting rights legislation

Facing a call to “save American democracy,” the Biden administration on Thursday unveiled new efforts to help protect voting rights amid growing complaints from civil rights activists and other Democrats that the White House has not done enough to fight attempts by Republican-led state legislatures to restrict access to the ballot.

President Joe Biden met with civil rights leaders in the West Wing, while Vice President Kamala Harris announced $25 million in new spending by the Democratic National Committee to support efforts to protect voting access ahead of the 2022 midterm elections.

Biden and his team have touted ongoing legal efforts and have repeatedly promised a major legislative push on voting rights after Senate Republicans blocked a sweeping election reform bill last month. The president last week told reporters that he planned on “speaking extensively” on voting rights and that he would be “going on the road on this issue.”

So far, a major speech has not happened and a trip has not occurred, leading to rising frustration from those in his own party who view the GOP crackdown on voting rights as an existential threat to both Democrats and democracy. 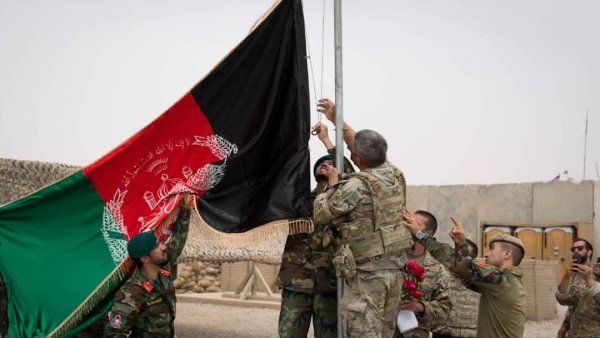 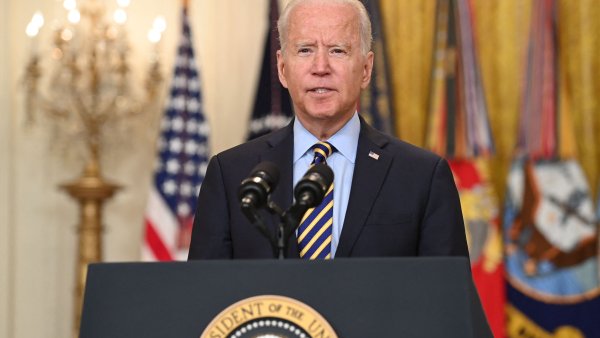 That pressure has only mounted after a Supreme Court decision limited the ability of minorities to challenge state laws that Democrats say are discriminatory under the Voting Rights Act. Biden has brought in outside advocates for meetings at the White House and has consulted advisers on the best strategy for combating restrictive new laws.

“We will not leave any stone unturned to save American democracy,” said Marc Morial, head of the National Urban League, as he stood with the Rev. Al Sharpton and other civil rights leaders after the meeting. ”This is an attack on a very fundamental value that undergirds this country. When we look at what’s happening in this nation, we see an effort to impose a system, American apartheid.”

During the meeting, Biden and Harris assured the civil rights leader that they would push Congress to pass voting rights legislation while doing everything within the administration's power to secure full voter participation in elections, according to a readout from the White House.

Thursday's speech from Harris, tasked with leading the administration’s response to voting rights challenges, was expected to be the first in a series of events from her on the issue, and aides were discussing a Biden speech potentially as soon as next week, according to two White House officials who spoke on condition of anonymity because they were not authorized to publicly discuss internal deliberations.

President Joe Biden announced Thursday that officials are on track to withdraw U.S. troops from Afghanistan by Aug. 31. The president commended military leadership for achieving their counter-terror objectives in the region and defended the decision to withdraw, saying “We did not go to Afghanistan to nation-build. That is the right and the responsibility of the Afghan people alone to decide their future and how they want to run their country.”

“This campaign is grounded in the firm belief that everyone’s vote matters -- that your vote matters,” Harris said. “We want to help to make sure your vote is counted, and that is because our democracy is strongest when everyone participates.”

Several states have enacted voting restrictions, and others are debating them, as Republicans have seized on former President Donald Trump’s false claim of massive voter fraud in the 2020 election as a pretense for passing new legislation curtailing ballot access.

Democrats have grown nervous that the new laws could suppress turnout for next year’s midterm elections when the party is trying to hold on to very narrow margins in both chambers of Congress.

“Folks, it is never too early to defend your rights,” Harris said. “With these new laws that have been passed, or they’re trying to, we have to start now to finish strong.”

In a key Senate vote, Republicans voted to block debate on the For the People Act, an elections and voting bill from Democratic legislators.

But some Democrats and voting rights activists believe that the White House did not start nearly soon enough.

“Our backs are against the wall. This is the moment. We have no more time,” said Sherrilyn Ifill, president of the NAACP Legal Defense Fund. "I told the president: We will not be able to litigate our way out of this threat to Black citizenship.”

“We must have the president use his voice," Ifill said.

Democrats on Capitol Hill have already tried to respond with a sweeping voting and elections bill that Senate Republicans united to block. Most Republicans have similarly dismissed a separate bill, the John Lewis Voting Rights Advancement Act, which would restore sections of the Voting Rights Act that the Supreme Court previously weakened.

Those roadblocks have increased focus on the Senate filibuster, which, if left in place, would seem to provide insurmountable opposition to the pair of sweeping voting rights reform acts currently in Congress. Republicans have been unanimous in their opposition, and it would take the elimination or at least modification of the filibuster for the bills to have a chance at passage. Moderate Democrats like Sen. Joe Manchin of West Virginia and Sen. Kyrsten Sinema of Arizona so far have expressed reluctance to change the Senate tradition.

Although not abandoning hope of a legislative solution, the West Wing has been shifting focus to other measures to protect the vote, including legal remedies pursued by the Department of Justice and in individual states, according to the officials. There also will be an emphasis on boosting voter turnout, with aides pointing to the successes Democrats had in getting out votes last year during the height of the pandemic.

Biden believes "that voting is a fundamental right for the American people,” said White House press secretary Jen Psaki this week. “He is going to use every lever at his disposal to advocate for that.”

Officials concede, though, that turning out voters is always harder in a nonpresidential election year. Some frustrated aides, seeing the reality in the Senate, believe too much of a focus has been placed on federal legislative measures and think that civic and business groups can also play a role in fighting the voting restrictions, noting that an outcry in Georgia helped water down some of the GOP's proposed plans.

The Supreme Court’s 6-3 ruling last week upheld voting limits in Arizona that a lower court had found discriminatory under the federal Voting Rights Act. It was the high court’s second major decision in eight years that civil rights groups and liberal dissenting justices say weakened the civil rights-era law that was intended to eradicate discrimination in voting.

Many Republicans continue to question the 2020 election’s outcome, despite the absence of evidence of fraud. Republican elected officials in a number of states have responded by enacting restrictions on early voting and mailed-in ballots, as well as tougher voter identification laws, prompting some liberals to demand that Biden do more.

“We’re past the point where we’ve lost faith that he’s going to do it on his own,” said Cliff Albright, co-founder of the Black Voters Matter Fund. “Where’s your voting rights tour? People have already started to call this out. That’s just going to escalate.”

This story has been corrected to show that the last name of the National Urban League president is Morial, not Murial.