US to Buy 500M More Pfizer Vaccines, Donate to 92 Other Countries

The announcement comes days after the White House unveiled its plans to begin sharing the existing U.S. vaccine surplus with the world

The U.S. will buy 500 million more doses of the Pfizer COVID-19 vaccine to share through the global COVAX alliance for donation to 92 lower income countries and the African Union over the next year, the White House said in a statement early Thursday morning.

President Joe Biden is set to make a formal announcement Thursday in a speech before the start of the Group of Seven summit. Two hundred million doses — enough to fully protect 100 million people — will be shared this year, with the balance to be donated in the first half of 2022.

“We have to end COVID-19 not just at home — which we’re doing — but everywhere,” Biden said Wednesday in a speech to the U.S. military at Royal Air Force Mildenhall, the first stop of an eight-day, three-country foreign trip.

The FDA granted emergency use authorization for the COVID-19 vaccine in kids ages 12 to 15, clearing the way for states to get middle school students vaccinated before the fall.

National security adviser Jake Sullivan told reporters Wednesday that Biden was committed to sharing vaccines because it was in the public health and strategic interests of the U.S. As Biden embarks on his first foreign trip, he is aiming to show “that democracies are the countries that can best deliver solutions for people everywhere," Sullivan said.

The news of the Pfizer sharing plan was first confirmed by a person familiar with the matter, who spoke to the Associated Press on condition of anonymity, on Wednesday. The Washington Post was first to report of the plan.

The U.S. has faced mounting pressure to outline its global vaccine sharing plan. Inequities in supply around the world have become more pronounced, and the demand for shots in the U.S. — where nearly 64% of adults have received at least one dose — has dropped precipitously.

Pfizer and Biontech announced Thursday that their vaccine has proven effective against the coronavirus for at least six months after the second dose, including the South African variant.

Last week, the White House unveiled its plans to donate an initial allotment of 25 million doses of surplus vaccine overseas, mostly through the United Nations-backed COVAX program, promising infusions for South and Central America, Asia, Africa and others at a time of glaring shortages abroad.

Overall, the White House has announced plans to share 80 million doses globally by the end of June, most through COVAX. Officials say a quarter of the nation’s excess will be kept in reserve for emergencies and for the U.S. to share directly with allies and partners.

The White House has also directed doses to allies including South Korea, Taiwan and Ukraine. 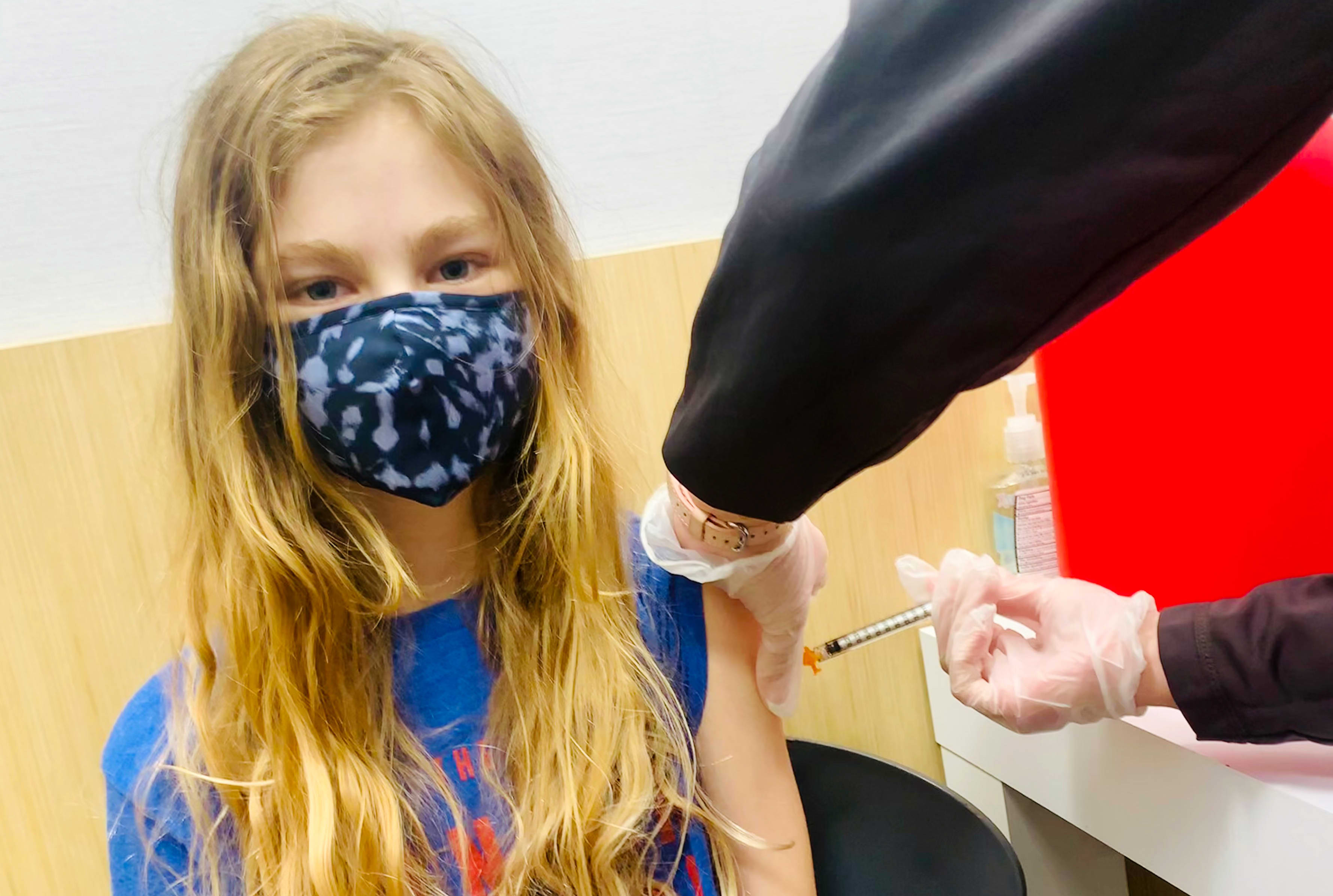 Half of Americans 12 and Older Are Fully Vaccinated as Daily Covid Case Counts Remain Below 15,000 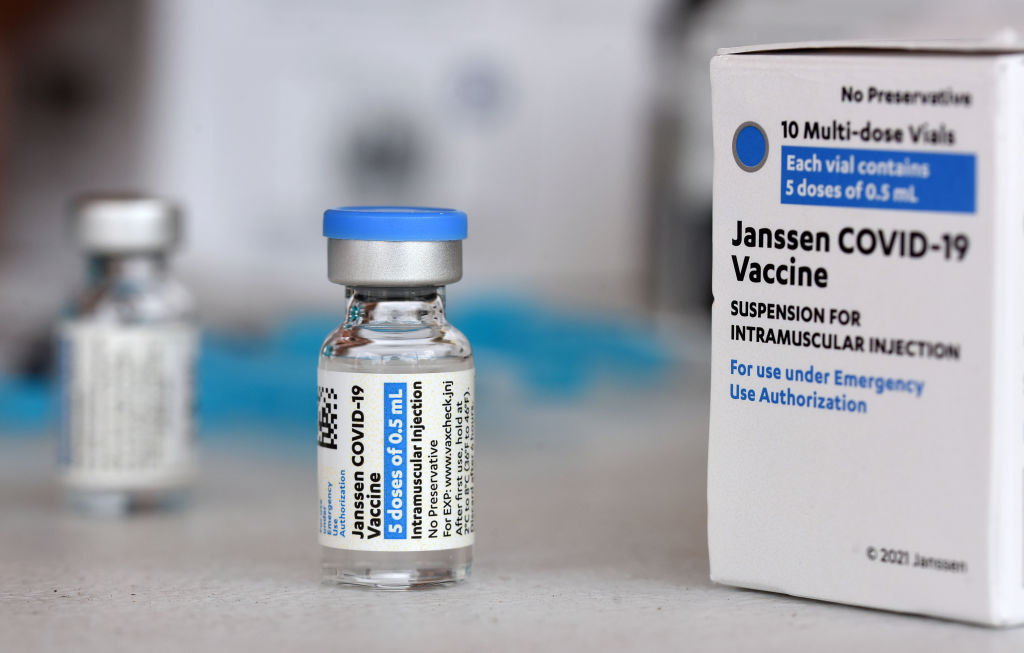 Many Johnson & Johnson COVID Vaccine Doses May Be Close to Expiring

Global public health groups had been aiming to use the upcoming G-7 meetings in Cornwall, England, to press the nation's wealthiest democracies to do more to share vaccines with the world, and Biden's plans drew immediate praise toward that end.

“The Biden administration’s decision to purchase and donate additional COVID-19 vaccine doses is the kind of bold leadership that is needed to end this global pandemic," said Tom Hart, acting CEO at The ONE Campaign, a nonprofit that seeks to end poverty. “This action sends an incredibly powerful message about America’s commitment to helping the world fight this pandemic and the immense power of US global leadership.”

But others have called on the U.S. to do even more.

“Charity is not going to win the war against the coronavirus," said Niko Lusiani, Oxfam America’s vaccine lead. “It’s time to let the world help itself. Rather than more lucrative transactions with very profitable pharmaceutical corporations, we need a transformation toward more distributed vaccine manufacturing so that qualified producers worldwide can produce billions more low-cost doses on their own terms, without intellectual property constraints."

Biden last month broke with European allies to endorse waiving intellectual property rules at the World Trade Organization to promote vaccine production and equity. But many in his own administration acknowledge that the restrictions were not the driving cause of the global vaccine shortage, which has more to do with limited manufacturing capacity and shortages of delicate raw materials.

Sullivan said Wednesday that he does not expect the U.S. push to waive the patents on vaccines to cause tension with European counterparts.

President Joe Biden on Monday said that the United States will share an additional 20 million COVID-19 vaccine doses with other countries by the end of June. In total, the U.S. will now share 80 million doses.

“We’re all converging around the idea that we need to boost vaccine supply in a number of ways, sharing more of our own doses,” Sullivan told reporters aboard Air Force One. “We’ll have more to say on that, helping get more manufacturing capacity around the world.”