Pope Francis has accepted the resignation of the embattled archbishop of Washington, D.C., the Vatican announced Friday.

Cardinal Donald Wuerl apologized again for "any past errors in judgment." His resignation comes amid a massive sex abuse scandal roiling the Catholic Church.

"Our Holy Father, Pope Francis, has accepted the resignation first offered on November 12, 2015, when I reached my 75th birthday," Wuerl said in a statement. "I am profoundly grateful for his devoted commitment to the well-being of the Archdiocese of Washington and also deeply touched by his gracious words of understanding. 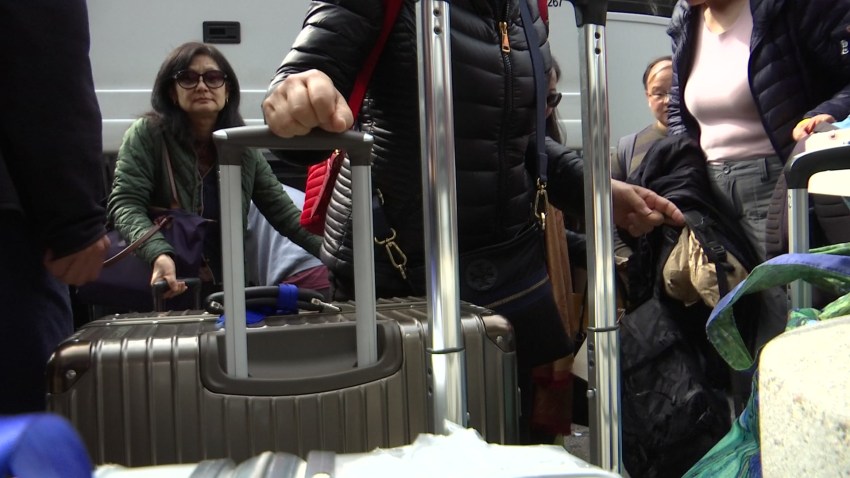 "The Holy Father's decision to provide new leadership to the Archdiocese can allow all of the faithful clergy, religious and lay, to focus on healing and the future. It permits this local Church to move forward. Once again for any past errors in judgment I apologize and ask for pardon. My resignation is one way to express my great abiding love for you the people of the Church of Washington."

He wrote to the faithful of the archdiocese, "I could no longer serve you in the way that you deserve." He added that new leadership will help focus on healing and the future.

Last month Wuerl traveled to Rome to ask the pope to accept his resignation.

Wuerl will now move into an Apostolic administrative role and will help with the transition to the next Archbishop of Washington. Because of the time it took to accept Wuerl's resignation, it's likely the Vatican or the pope has a successor in mind, church experts say.

Wuerl had said he would ask Francis to accept his resignation after facing a storm of criticism and calls for his resignation after a Pennsylvania grand jury report said he allowed priests accused of sexually abusing children to be reassigned or reinstated when he was the bishop of Pittsburgh.

He submitted his resignation three years ago when he reached the church-stipulated retirement age for bishops of 75. While bishops are requested to submit a resignation at that age, the pope is not required to accept it, and they continue in their positions unless the pope does accept it.

The Pennsylvania grand jury report found that some 300 priests abused more than 1,000 children since the 1940s, and Wuerl is one of a string of bishops in six dioceses the report says covered up for them.

Most of the victims were boys. Some were teens, while others were prepubescent. Several alleged victims were lured with alcohol or pornography. Afterward, they turned to substance abuse and even suicide to escape the lingering trauma.

Wuerl has asked for prayers and forgiveness for what he calls his lapse of judgment in dealing with reports of abuse by priests.

The archbishop recently called for a "Season of Healing," inviting parishes and parishioners to observe six weeks of Friday prayers in recognition of the pain of the victims and the need for healing.

Last month, a man stood in a Mass Wuerl was celebrating in D.C. and yelled "Shame on you" after Wuerl asked parishioners to keep Pope Francis in their prayers.

Pope Francis summoned the presidents of every bishops conference around the world for a February summit to discuss preventing clergy sex abuse and protecting children — evidence that he realizes the scandal is global and that inaction threatens to undermine his legacy.

The Feb. 21-24 meeting of the presidents of the more than 100 bishops conferences is believed to be the first of its kind and signals a realization at the highest levels of the church that clergy sex abuse is a global problem and not restricted to the Anglo-Saxon world, as many church leaders have long tried to insist.

Robert Boege said the resignation is what brought him to church Friday.

“One of the reasons I’m coming to church today is to pray for the cardinal and for our church,” he said.

“I’m not here for the Cardinal or the Bishop," she said. "I’m here for Jesus Christ, and Jesus Christ is still here.”