The head of the branch of the Justice Department that prosecutes election crimes resigned Monday hours after Attorney General William Barr issued a memo to federal prosecutors to investigate “specific allegations” of voter fraud before the results of the presidential race are certified.

Richard Pilger, who was director of the Election Crimes Branch of the DOJ, sent a memo to colleagues that suggested his resignation was linked to Barr’s memo, which was issued as the president’s legal team mount baseless legal challenges to the election results, alleging widespread voter fraud cost him the race.

“Having familiarized myself with the new policy and its ramifications, and in accord with the best tradition of the John C. Keeney Award for Exceptional Integrity and Professionalism (my most cherished Departmental recognition), I must regretfully resign from my role as Director of the Election Crimes Branch,” Pilger’s letter said, according to a copy obtained by NBC News.

“I have enjoyed very much working with you for over a decade to aggressively and diligently enforce federal criminal election law, policy, and practice without partisan fear or favor. I thank you for your support in that effort.”

Barr has authorized federal prosecutors across the U.S. to pursue “substantial allegations” of voting irregularities, if they exist, before the 2020 presidential election is certified, despite no evidence of widespread fraud.

Barr’s action comes days after Democrat Joe Biden defeated President Donald Trump and raises the prospect that Trump will use the Justice Department to try to challenge the outcome. It gives prosecutors the ability to go around longstanding Justice Department policy that normally would prohibit such overt actions before the election is certified.

Trump has not conceded the election and is instead claiming without evidence that there has been a widespread, multi-state conspiracy by Democrats to skew the vote tally in Biden’s favor.

Two days after he was called to win the race, Joe Biden announced plans for a new coronavirus task force in one of his first moves to transition into the White House and into a Biden administration. Meanwhile, the Trump campaign is promising a new round of lawsuits challenging election results.

Biden holds a sizable lead in multiple battleground states and there has been no indication of enough improperly counted or illegally cast votes that would shift the outcome. In fact, election officials from both political parties have publicly stated the election went well, though there have been minor issues that are typical in elections, including voting machines breaking and ballots that were miscast and lost.

In a memo to U.S. attorneys, obtained by The Associated Press, Barr wrote that investigations “may be conducted if there are clear and apparently-credible allegations of irregularities that, if true, could potentially impact the outcome of a federal election in an individual State.”

He said any allegations that would “clearly not impact the outcome of a federal election” should be delayed until after those elections are certified and prosecutors should likely open so-called preliminary inquiries, which would allow investigators and prosecutors to see if there is evidence that would allow them to take further investigative measures.

Barr does not identify any specific instances of purported fraud in the memo.

“While it is imperative that credible allegations be addressed in a timely and effective manner, it is equally imperative that Department personnel exercise appropriate caution and maintain the Department’s absolute commitment to fairness, neutrality and non-partisanship,” Barr wrote.

States have until Dec. 8 to resolve election disputes, including recounts and court contests over the results. Members of the Electoral College meet Dec. 14 to finalize the outcome.

Barr, a loyal ally of President Donald Trump, helped broadcast Trump’s claims of voter fraud before the election, attacking mail-in voting as prone to undue influence and coercion, despite multiple studies debunking the notion of pervasive voter fraud in general and in the vote-by-mail process. 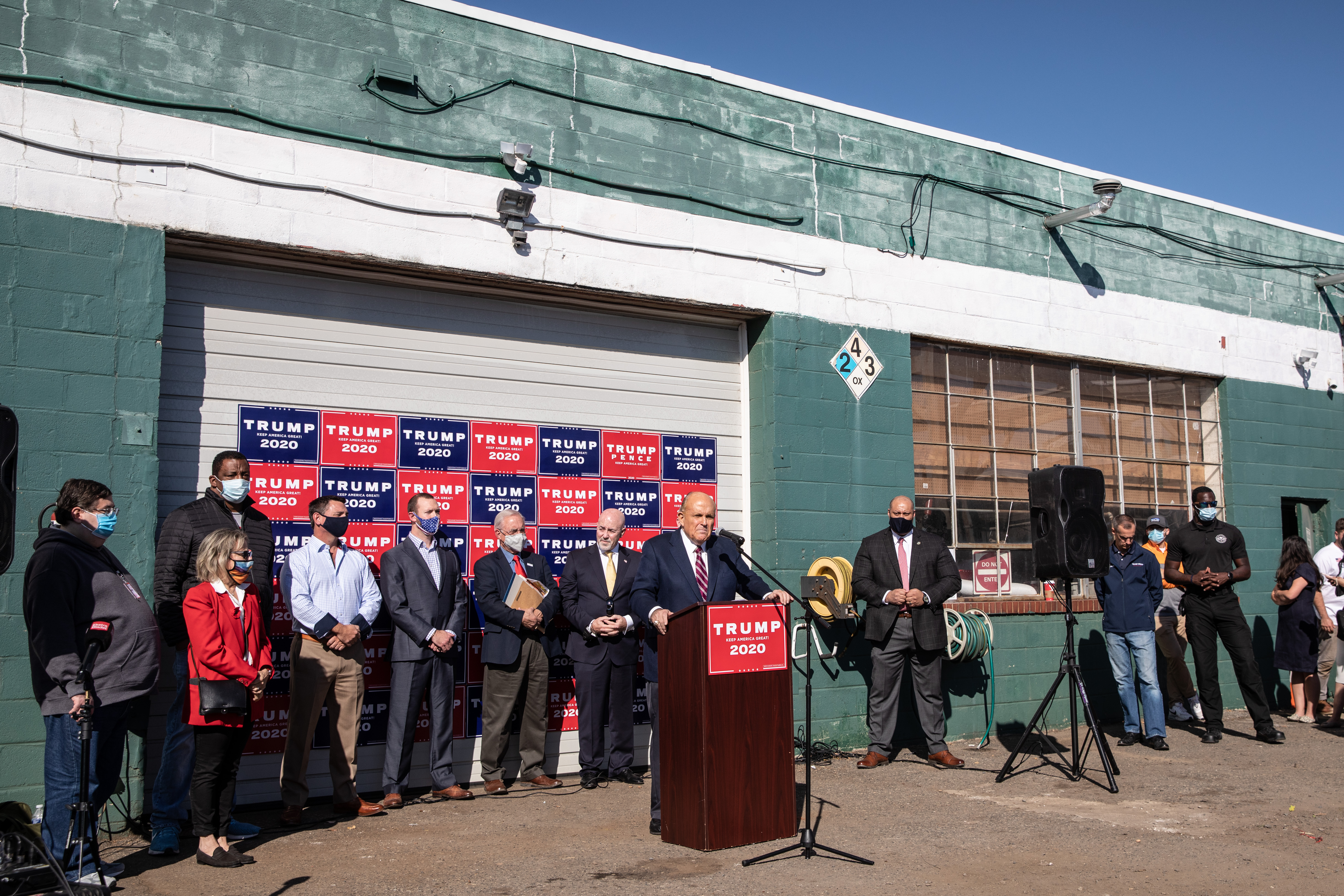 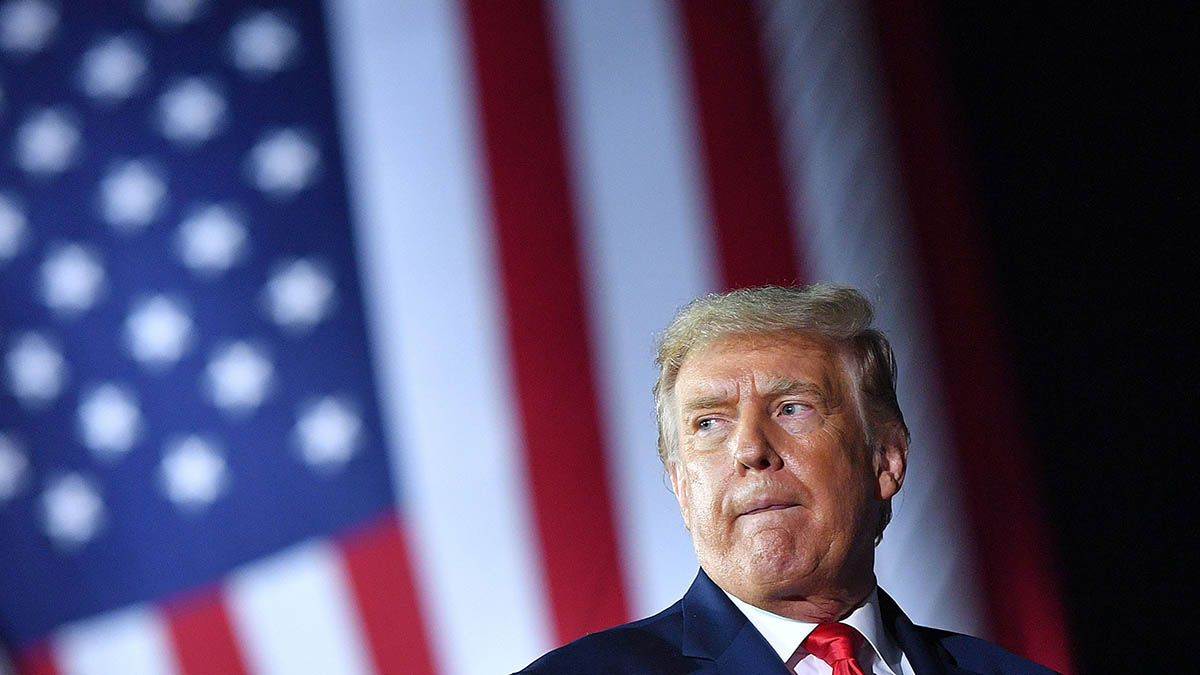 Generally, Justice Department policy is “not to conduct overt investigations, including interviews with individual voters, until after the outcome of the election allegedly affected by the fraud is certified.”

But Barr argues in the memo that concerns such acts could inadvertently impact an election are minimized once voting has concluded and that, in some cases, investigations could not be delayed until the election is certified.

A Justice Department official said Barr had not been asked by Trump, anyone else at the White House or any lawmakers to issue the memo. The official could not discuss the matter publicly and spoke to the AP on condition of anonymity.

President Donald Trump tweeted Monday that he had terminated Secretary of Defense Mark Esper and replaced him with Christopher Miller, the current counterterrorism head.

Barr was in Senate Majority Leader Mitch McConnell’s office on Capitol Hill on Monday afternoon and refused to answer questions from reporters when he left. Earlier Monday, McConnell threw his support behind Trump after a period of post-election silence.

Biden campaign attorney Bob Bauer said in a statement that it is “deeply unfortunate that Attorney General Barr chose to issue a memorandum that will only fuel the ‘specious, speculative, fanciful or far-fetched claims’ he professes to guard against.”

“Those are the very kind of claims that the president and his lawyers are making unsuccessfully every day, as their lawsuits are laughed out of one court after another,” Bauer said. “But, in the end, American democracy is stronger than any clumsy and cynical partisan political scheme.”