Joe Biden offered a massive plan on Tuesday to create 3 million jobs and improve care for children and the elderly as he accused President Donald Trump of having “quit” on the country during a deadly pandemic.

The presumptive Democratic presidential nominee promised to spend more than three quarters of a trillion dollars — $775 billion over 10 years — to increase tax credits for low-income families, bolster care-giving services for veterans and other seniors and provide preschool for all 3- and 4-year-olds.

"This is about easing the squeeze on working families” and showing families the “dignity and respect they deserve,” he said during a speech in New Castle, Delaware.

It's the third plank of Biden’s larger economic recovery plan, following a $2 trillion environmental proposal he released last week and a $700 billion package unveiled the week before seeking to increase government purchasing of U.S.-based goods and invest in new research and development. Biden is attempting to illustrate for voters how the coronavirus can present opportunities for job growth and new policy priorities in contrast to Trump, who has promised to rebuild the economy stronger than ever but otherwise struggled to articulate what he hopes to accomplish with a second term.

“For all his bluster about his expertise about the economy, he’s unable to explain how he’ll help working families hit the hardest,” Biden said. He added that Trump “failed his most important test as an American president: the duty to care for you, for all of us.” 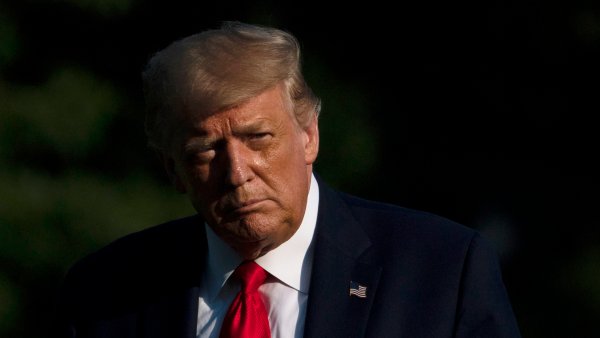 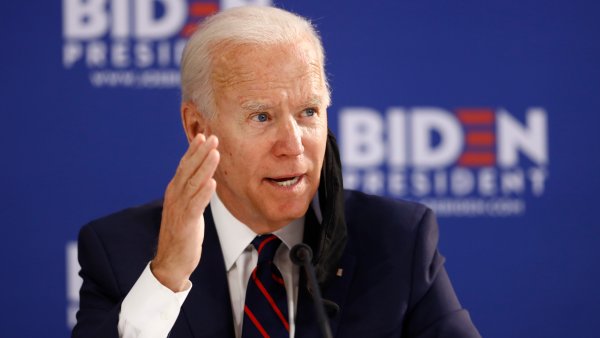 “He’s quit on you. He’s quit on this country," Biden said. "A president's supposed to care, to lead, to take responsibility, to never give up.”

Biden wore a black face mask and addressed a small, socially distanced crowd, as he has done in recent weeks while scheduling a series of campaign stops within driving distance of his Wilmington home. The former vice president still had the mask briefly dangling from his ear as he began Tuesday's remarks.

Biden promised to pay for his latest plan by reducing tax breaks for real estate investors with annual incomes of more than $400,000, while increasing compliance with existing tax law for high earners. As he spoke, the Trump reelection campaign released a statement accusing Biden of embracing an “unaffordable left-wing agenda” that would force him to raise taxes on the middle class. Biden has vowed not to do that but has endorsed rolling back the GOP-led tax cuts that are the Trump administration's signature policy accomplishment.

Former Vice President Joe Biden, the Democratic candidate for president, released a plan aimed at combating climate change and creating jobs. “These are the most critical investments we can make for the long-term health and vitality of both the American economy and the physical health and safety of the American people,” he said.

Biden’s campaign also announced a $15 million advertising buy that will feature three television spots as well as ads for radio and digital platforms and target battlegrounds Trump won in 2016. The campaign is increasing spending in states including Arizona, Florida, Michigan, North Carolina, Pennsylvania and Wisconsin, while adding national cable advertising on news and sports channels — including at times when the Major League Baseball season opens later this week.

Throughout his speech, Biden continued what has become a centerpiece of his campaign, working to project empathy and tying families struggling to cope with the health and economic crisis with his own experience as a single father to two young sons after his wife and toddler daughter were killed in a car crash just before Christmas in 1972.

“I know it’s hard to think about the future when you’re just trying to get through the crisis at hand,” Biden said.

Under the proposal, Biden vows to provide for the estimated 800,000 people waiting for home and community services under Medicaid. He wants to expand alternatives to institutional care for all older Americans while helping veterans by filling tens of thousands of vacancies at Veterans Affairs facilities around the country. And he's pledging to train and hire 150,000 new community health workers in underserved communities and 35,000 more to combat the opioid crisis besides creating a 100,000-member public health job corps.

A huge number of young adults say they would consider a third-party presidential candidate this November, according to a recent poll. NBCLX’s Noah Pransky explains why that is potentially bad news for Joe Biden and good news for President Trump.

Biden also called for a joint federal-state universal prekindergarten program while offering low-income and middle-class families a tax credit of up to $8,000 to help pay for child care. He plans to offer pay increases to child caregivers and early educators and bonuses to child care providers working during nontraditional hours, while expanding families' access to after-school, weekend and summer care.

Biden further promised to increase the number of child care facilities around the country by offering tax credits for and direct federal funding to businesses willing to build them.

He argued that his caregiver plan is “a moral and economic imperative,” noting that the jobs it would create would be immediately available and would immediately affect the economy, while freeing up Americans who have been forced to leave jobs to care for elderly family members or children.