Despite the challenges ahead, there’s hope that the Georgia victories could serve as a blueprint to transform the Southern political landscape

What started as a day of celebration for Black organizers, voters and other Georgians who helped deliver two historic Senate runoff victories was overshadowed Wednesday when a violent, mostly white mob of President Donald Trump’s supporters stormed the U.S. Capitol.

But Black leaders and organizers say the rioters’ insurrection won’t deter the momentum achieved after the hard-fought victories of Georgia Democrats Jon Ossoff and Raphael Warnock. Instead, it serves as a harsh reminder of the work that lies ahead for the nation to truly grapple with white supremacy and racism, which Trump’s presidency emboldened.

“It’s a little bit bittersweet because on one hand it feels like vindication that if we invest in our communities and our organizations, then amazing things can happen,” said Cliff Albright, co-founder of Black Voters Matter, which estimates that it reached 2.8 million individuals in Georgia through text and phone banking campaigns, digital and social media advertising, door knocking and street outreach, and billboards.

“But then you come around the next day and people are literally swarming the Capitol in the name of overturning an election and trying to take away the power of Black voters,” Albright said. “So while it’s a victory that’s worth celebrating ... it’s still in this wider context of what our larger struggles are and we’ve got a long way to go.”

Despite the challenges ahead, there’s hope that the Georgia victories could serve as a blueprint to transform the Southern political landscape, which has been a Republican stronghold for decades.

“The beauty of what happened in Georgia is that by knocking on people’s doors, by sitting on people’s front porches, by putting money and energy into really hearing people and giving them a voice in their community, it has awakened a generation of folks who never would have thought that this was possible and that’s empowering and it’s contagious,” said Nadia Brown, a Purdue University political science professor. “And it doesn’t stop at the borders of Georgia. It’s going to spill over.”

Britney Whaley, a political strategist for the Working Families Party, said keeping up this level of voter engagement among Black Georgians and Black voters in general requires a commitment to them beyond these nationally important elections.

“Sure, Black people saved the day,” Whaley said. “My question then becomes: What next? What have you learned? How do you thank them? It is not in lip service. It’s in policy. It’s in changing material conditions for people who are in need.”

The political vision of flipping Georgia blue rested largely with grassroots organizations that knocked on doors and traveled from city cores to more rural areas to directly interface with Black voters who have long felt ignored by both political parties.

The Rev. Barrett Berry, who directed a bus tour organized by the Black Church PAC, a national group of prominent Black clergy, said the large Black turnout in the runoff was due to a growing understanding among organizers that winning required being “competitive in places outside of Fulton County,” which is home to Atlanta.

Berry’s bus crisscrossed the state with several organizing partners, making stops in Albany, Valdosta and Savannah. He and other pastors distributed hot meals, groceries and toys for hundreds of families struggling to make Christmas cheer happen amid the pandemic. The gifts and food came with voter education, Berry said.

The voters needed to know they had a voice and could make the change that they had been told they couldn’t make, he said.

President Donald Trump and President-elect Joe Biden traveled to Georgia on Monday in one last campaign effort before two runoff elections on Tuesday that will decide control of the U.S. Senate. Democrat Jon Ossoff is challenging Republican Sen. David Perdue while Rev. Raphael Warnock, a Democrat, is taking on Republican Sen. Kelly Loeffler.

“It’s difficult to tell Black folks what they can’t do, because that’s when they go out and show you what they can do!”

And that strategy paid off.

Black voters made up 32% of the electorate in Georgia’s runoffs, a slight uptick from their share in the November election, according to AP VoteCast, a survey of more than 3,700 voters in the state.

Black voters across gender, age and education levels supported the Democratic candidates overwhelmingly, with at least 9 in 10 voting for Ossoff and Warnock. Roughly three-quarters of white voters, at 60% of the electorate, supported the Republicans.

The Georgia runoff success was built upon a strong legacy of Black-led organizing work, much of which can be traced back to earlier battles for voting and civil rights. But the unique power and resiliency of Black women organizers took center stage again during the runoffs, including former gubernatorial candidate and voting rights advocate Stacey Abrams and Black Voters Matter co-founder LaTosha Brown, who were at the center of Georgia’s extraordinary efforts. 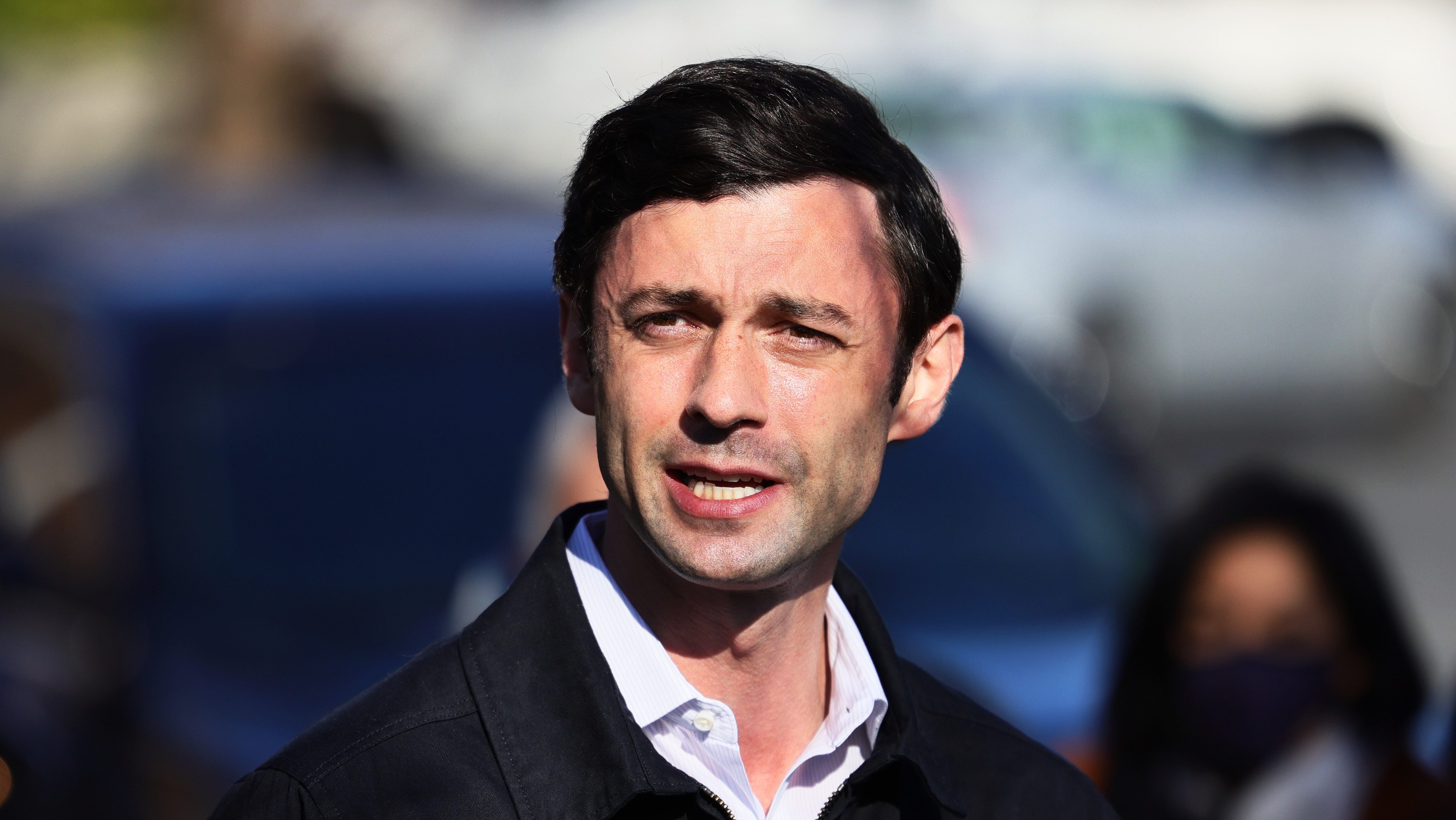 At 33, Ossoff Is Youngest Democrat Elected to Senate Since Biden 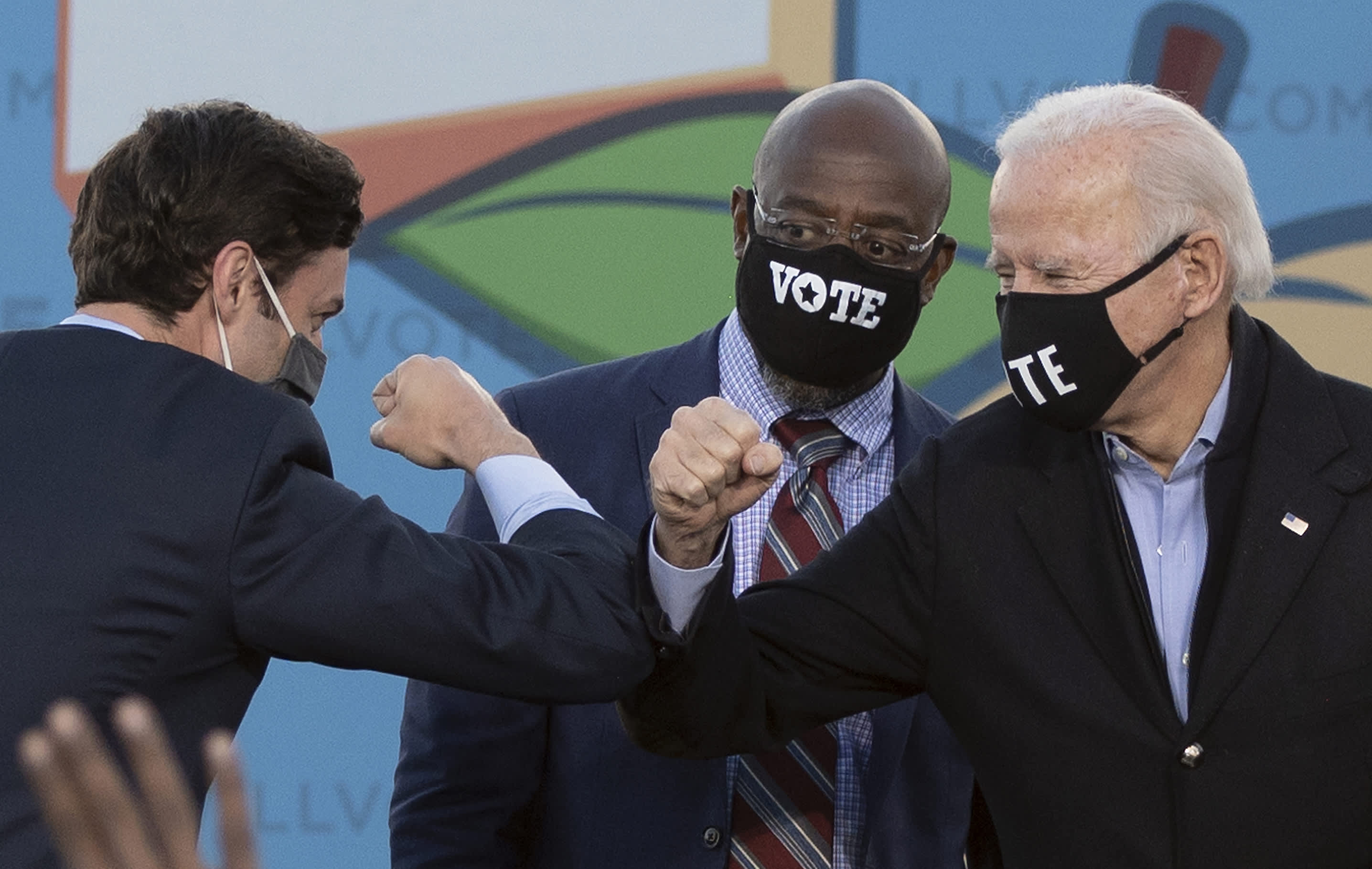 “I’m so optimistic about the future of Black women organizers and I’m looking forward to continuing to defy conventional wisdom about what a leader looks like and how they get it done,” Ufot said.

A majority of Black voters in Georgia’s runoffs, 56%, say the coronavirus pandemic is the top issue facing the country today, according to AP VoteCast. Another 18% say they consider racism the most important issue, and 12% name the economy and jobs. Black voters and activists say attention will now turn toward pushing for President-elect Biden and Congress to actualize real, systemic change.

Ebonie Riley, D.C. bureau chief of the National Action Network, said Warnock and Ossoff’s victories mean it was time for the country to “move past the 2020 election and come together to deal with challenges that we all face with COVID relief, expand health care access, and deliver racial justice and police accountability.”

Meanwhile, in suburban Atlanta, Bev Jackson was talking to her son on the phone when the images flashed on the screen of people climbing the Capitol.

As the chair of the Democratic Party’s Cobb County African American caucus, Jackson had worked hard for years to help flip Georgia blue and she’d been glued to the election returns showing the Democratic candidates for Senate overtaking the Republican incumbents.

So Jackson said she refused to let Wednesday’s darkness overshadow their success.

“Georgia delivered the nation. It is incredible,” she said. “People are saddened by what has happened but it doesn’t take away our joy from the election. This is our time.”