Poehler herself shared the announcement at a TV critics meeting Saturday, just a week after the ceremony aired with Ricky Gervais as host

Tina Fey and Amy Poehler will share host duties for the Golden Globes ceremony in 2021.

Poehler herself shared the announcement at a TV critics meeting Saturday, just a week after the ceremony aired with Ricky Gervais as host.

“There are no two funnier people anywhere,” said Poehler, who introduced herself with the name of an NBC publicist who was to have opened the network's daylong presentation about its programming. 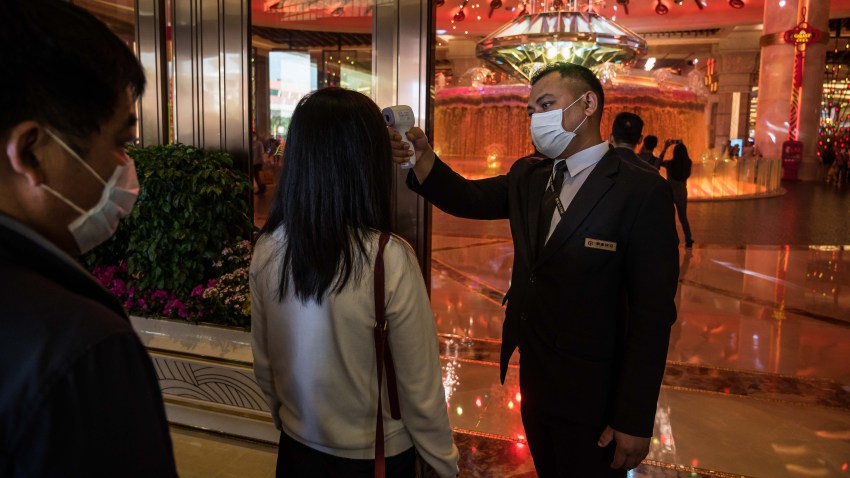 A tongue-in-cheek Poehler said the network was glad the pair found time in their busy schedules to take on the Globes. They have hosted three times before.

At last Sunday's ceremony, Gervais' snarky jokes in his fifth turn as host received mixed reviews and reactions from the celebrity audience. Poehler and Fey earned a warmer reception for their comedic approach.

Gervais repeatedly said during the ceremony that it was the last time he intended to emcee. A total of 18.3 million viewers tuned in, a small drop over the 18.6 million who watched the 2019 ceremony co-hosed by Sandra Oh and Andy Samberg.

“There’s no denying that Tina and Amy’s comedic chemistry is infectious,” said Lorenzo Soria, president of the Hollywood Foreign Press Association, which bestows the TV and movie awards. ”We can’t wait to see the dynamic duo return to the Golden Globes stage.”

Poehler joked that she couldn't wait to present the best film award to the video, “Puppy Dog Bouncing in the Box Like This.”

NBC is keeping her busy: The network announced Saturday it's renewed the craft show “Making It,” hosted and produced by Poehler and Nick Offerman, former “Parks and Recreation” castmates.

The date for next year's Golden Globes will be announced later, NBC said.