Wildfires in California, Washington and Oregon sent smoke across the country, blanketing the continental U.S. with a haze from sea to smoking sea

Relief from putrid, dangerous air spewing from massive wildfires across the West won't come until later in the week or beyond, scientists and forecasters say, and the hazy and gunk-filled skies might stick around for even longer.

The smoke has also wafted across the country and reached the East Coast, satellite images show, blanketing the continental U.S. with a haze from sea to smoking sea.

Forecasters have noted that the milky, hazy skies over parts of Virginia, Delaware, Pennsylvania and New York City were from smoke pushed East by winds. But despite the odd sight, there was no threat to the air quality in the region because the smoke was drifting at an altitude of about 25,000 feet, according to NBC Philadelphia Meteorologist Bill Henley.

New England also saw a brownish haze hanging over the sky Tuesday and more smoke was forecast to arrive later in the day, according to NBC Boston Meteorologist Matt Noyes. "With so much smoke projected to move in, we could even blot out the sun for a bit this afternoon," Noyes said.

Western U.S. Smoke From Fires Stretching Across the Country

Using the OMPS (Ozone Mapping Profiler Suite) instrument aboard NOAA/NASA's Suomi NPP satellite aerosols are detected and measured in terms of thickness and height of the atmospheric aerosol layer. For most atmospheric events involving aerosols, the AI ranges from 0.0 (colorless through light yellow, yellow, orange, and red) to 5.0 (deep red), with 5.0 indicating heavy concentrations of aerosols that could reduce visibilities or impact health.

Meanwhile, people in Oregon, Washington and parts of California were struggling under acrid yellowish-green smog — the worst, most unhealthy air on the planet according to some measurements. It seeped into homes and businesses, sneaked into cars through air conditioning vents and caused the closure of iconic locations such as Powell’s Books and the Oregon Zoo in Portland, the state's biggest city.

“I don’t think that we should be outside, but at the same time, we’ve been cooped up in the house already for months so it’s kind of hard to dictate what’s good and what’s bad. I mean, we shouldn’t be outside period,” said Issa Ubidia-Luckett, a Portland resident, who was grabbing lunch on Monday.

Zoe Flanagan, who has lived in Portland for 12 years, has barely left the house but braved the smog to walk her two dogs on Monday. On Sunday, Flanagan and her husband, in desperation, turned on the heater, which has a better filter than their air conditioning.

“I can feel it in my chest and then I just feel hungover despite not drinking,” she said. “I felt really hungover all day Saturday. I just couldn’t get enough water, I had a headache.”

Dylan Darling, a spokesman for the state’s Department of Environmental Quality, said: "I grew up in Oregon and lived here a long time, and to see this much smoke for this long and wide-spreading, really stands out in the state’s history.”

Some areas of central California blanketed by smoke are not likely to see relief until October, said Dan Borsum, the incident meteorologist for a fire in Northern California.

Officials are warning evacuees in the fire-ravaged western states that they will have a harder time making it to safety the longer they wait. So far, 35 people have died from the fires in California, Oregon and Washington state.

“It’s going to take a substantially strong weather pattern to move all the smoke,” Borsum told a fire briefing Sunday night. He said smoke from dozens of wildfires in the West and throughout California is pooling in the Central Valley, which already has some of California’s worst air quality even when wildfires are not burning.

“Some of the toughest folks you’ll ever meet are people who live outdoors, unhoused, but it is getting to them,” he said. “We’ve got COVID-19, followed by an excessive heatwave, followed by smoke. What’s going to start falling out of the air next on these poor folks?”

Twana James, who lives in a tent in Sacramento, coughed several times during a brief phone interview Monday, trying to clear her throat. She said her voice is not usually so hoarse.

“We got hella ashes from the fires, everything is covered in ashes,” she said. “It’s hard to breathe.”

For people living on the West Coast, poor air quality and smoky conditions have been a fact of life in recent weeks. We have some tips from our friends at NBC Los Angeles about how to keep yourself as healthy as possible when living with smoke and ash.

Darling said typically during wildfires in Oregon, such as those in 2017 that carried heavy smoke to the Willamette Valley and Eugene area, people can escape to other areas of the state for clean air. 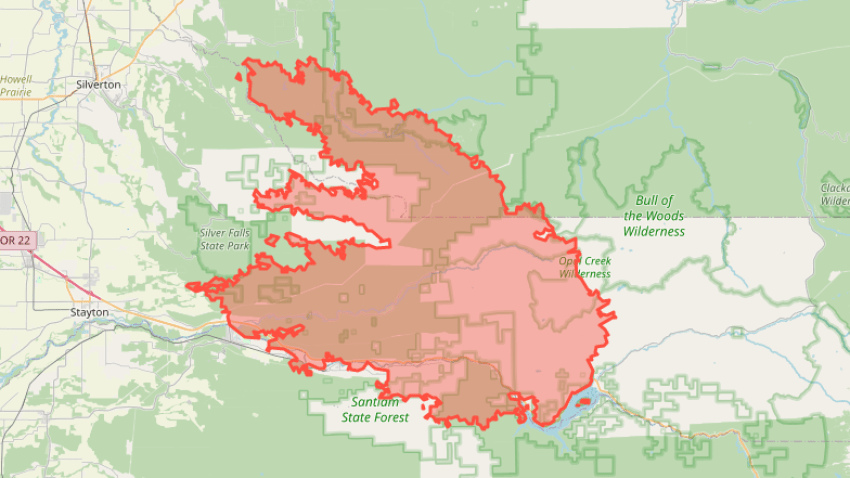 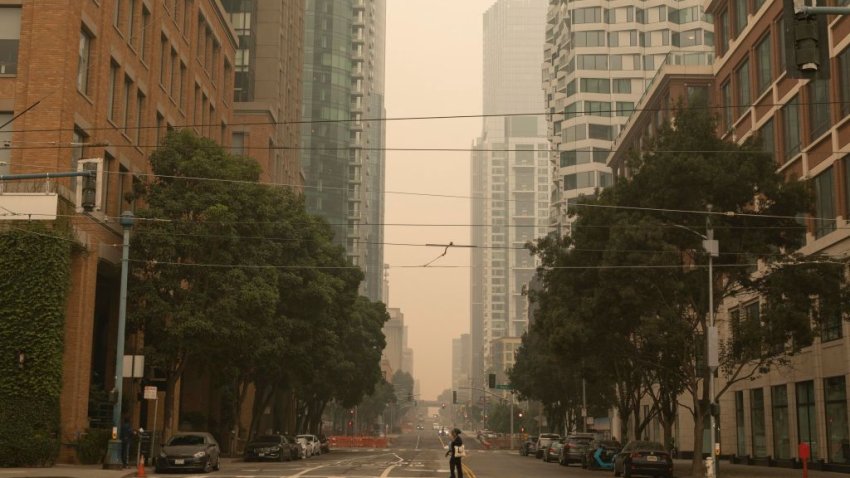 “We need the winds to get the smoke out of here,” Kranz said. “We just don’t want them to be too strong, because then they could fan those flames and all of a sudden those fires are spreading again.”

As she ate lunch at a popular burger place east of Portland, one of only a few places open, Ubidia-Luckett said the smoke reminded her of stories long-time Portland residents tell about the thick ash that fell on the city when Mount St. Helen’s erupted in nearby Washington state in 1980. There was so much ash that for weeks many residents wore masks and had to clear ash off their cars.

After beginning the meal outside, Ubidia-Luckett and her 6-year-old son soon moved inside because the air was too much to take. The boy was with her because his first day of kindergarten was postponed Monday for the second time due to the hazardous air conditions.

“That’s the hard part for little kids. They’re so cooped up so what do you do?" she asked. “Eventually, they want to go outside.”

Sara Cline is a corps member for the Associated Press/Report for America Statehouse News Initiative. Report for America is a nonprofit national service program that places journalists in local newsrooms to report on undercovered issues.