It would be a historic development for the two Nordic countries: Sweden has avoided military alliances for centuries, while Finland adopted neutrality after World War II

To join or not to join? The NATO question is coming to a head this week in Finland and Sweden where Russia’s invasion of Ukraine has shattered the long-held belief that remaining outside the military alliance was the best way to avoid trouble with their giant neighbor.

If Finland’s president and the governing Social Democrats in both countries come out in favor of accession in the next few days, NATO could soon add two members right on Russia’s doorstep.

That would be a historic development for the two Nordic countries: Sweden has avoided military alliances for more than 200 years, while Finland adopted neutrality after being defeated by the Soviet Union in World War II.

NATO membership was never seriously considered in Stockholm and Helsinki until Russian forces attacked Ukraine on Feb. 24. Virtually overnight, the conversation in both capitals shifted from “Why should we join?" to “How long does it take?”

Along with hard-nosed Ukrainian resistance and wide-ranging Western sanctions, it’s one of the most significant ways in which the invasion appears to have backfired on Russian President Vladimir Putin. 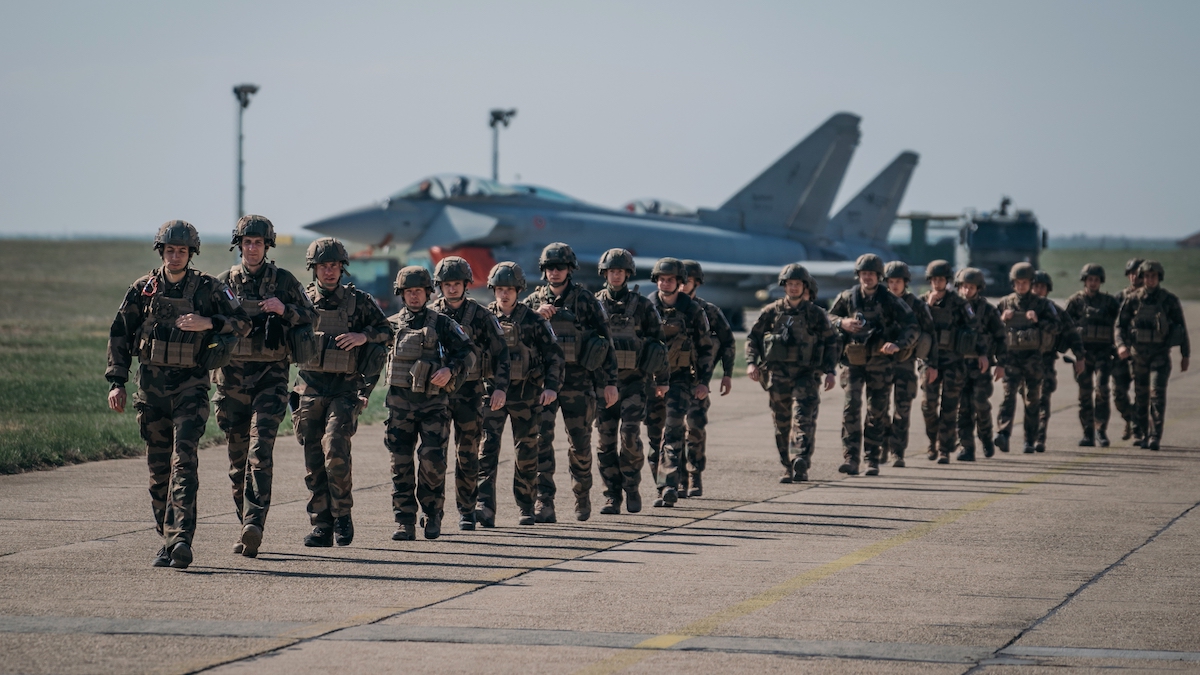 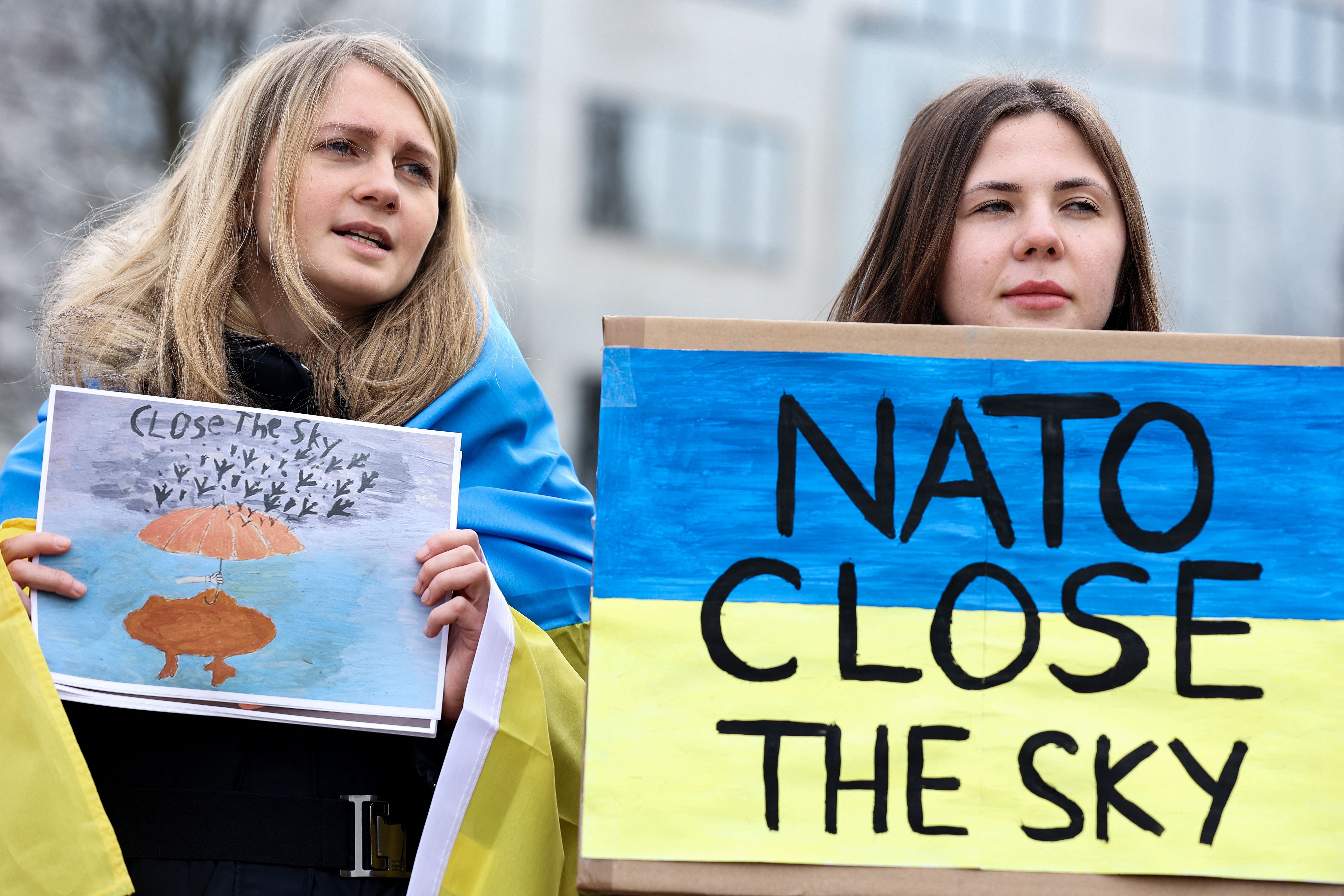 Ukraine Wanted to Join NATO's Alliance for Years. What Stopped It?

If Finland and Sweden join the alliance, Russia would find itself completely surrounded by NATO countries in the Baltic Sea and the Arctic.

“There is no going back to the status quo before the invasion,” said Heli Hautala, a Finnish diplomat previously posted to Moscow and a research fellow at the Center for a New American Security in Washington.

Finnish President Sauli Niinisto, the Western leader who appeared to have the best rapport with Putin before the Ukraine war, is expected to announce his stance on NATO membership on Thursday. The governing Social Democratic parties in both countries are set to present their positions this weekend.

If their answer is “yes,” there would be robust majorities in both parliaments for NATO membership, paving the way for formal application procedures to begin right away.

The Finnish Social Democrats led by Prime Minister Sanna Marin are likely to join other parties in Finland in endorsing a NATO application. The situation in Sweden isn't as clear.

The Swedish Social Democrats have always been staunchly committed to nonalignment, but party leader and Prime Minister Magdalena Andersson has said there's a clear “before and after Feb. 24."

The party's women’s faction, led by Climate and Environment Minister Annika Strandhall, has come out against NATO membership.

“We believe that our interests are best served by being militarily nonaligned,” Strandhall told Swedish broadcaster TV4. “Traditionally, Sweden has been a strong voice for peace and disarmament.”

Neither Finland nor Sweden is planning a referendum, fearing it could become a prime target of Russian interference.

Ukraine for years expressed serious interest in joining the alliance of mostly European countries, while Russia has cast explicit demands that Ukraine should never do so. Here’s why Ukraine would have such a tough path to becoming the next member of NATO.

Sweden and Finland have sought — and received -- assurances of support from the U.S. and other NATO members in the application period should they seek membership.

Both countries feel they would be vulnerable in the interim before they’re covered by the alliance’s one-for-all, all-for-one security guarantees.

The Kremlin has warned of “military and political repercussions” if the Swedes and Finns decide to join NATO.

Dmitry Medvedev, the former Russian president who is deputy head of Russia’s Security Council, said last month it would force Moscow to strengthen its military presence in the Baltic region.

However, analysts say military action against the Nordic countries appears unlikely, given how bogged down Russian forces are in Ukraine.

Many of the Russian troops stationed near the 1,300-kilometer (830-mile) border with Finland were sent to Ukraine and have suffered “significant losses” there, Hautala said.

Russia has cut off natural gas exports to NATO members Poland and Bulgaria, and warned other European Union countries could be next.

She said potential Russian countermeasures could include moving weapons systems closer to Finland, disinformation campaigns, cyberattacks, economic countermoves and steering migration toward the Russian-Finnish border, similar to what happened on Poland’s frontier with Belarus last year.

There are signs that Russia already has increased its focus on Sweden and Finland, with several airspace violations by Russian military aircraft reported in recent weeks and an apparent campaign in Moscow with posters depicting famous Swedes as Nazi sympathizers. Putin used similar tactics against Ukraine’s leaders before launching what the Kremlin called its “special military operation.”

After remaining firmly against membership for decades, public opinion in both countries shifted rapidly this year. Polls show more than 70% of Finns and about 50% of Swedes now favor joining.

The shocking scenes playing out in Ukraine made Finns draw the conclusion that “this could happen to us,” said Charly Salonius-Pasternak, a researcher at the Finnish Institute of International Affairs.

During the Cold War, Finland stayed away from NATO to avoid provoking the Soviet Union, while Sweden already had a tradition of neutrality dating to the end of the Napoleonic Wars. But both countries built up robust conscription-based armed forces to counter any Soviet threat. Sweden even had a nuclear weapons program but scrapped it in the 1960s.

The threat of a conflict flared up in October 1981 when a Soviet submarine ran aground off the coast of southwestern Sweden. Eventually the sub was tugged back out to sea, ending a tense standoff between Swedish forces and a Soviet rescue fleet.

As Russia’s military power declined in the 1990s, Finland kept its guard high, while Sweden, considering a conflict with Russia increasingly unlikely, downsized its military and shifted its focus from territorial defense toward peacekeeping missions in faraway conflict zones.

President Biden said his request for an additional $33 billion in military and humanitarian aid for Ukraine reflects the importance of the mission. What else does it tell us about what’s ahead? NBCLX storyteller Clark Fouraker talked to Arik Burakovsky of Tufts University's Fletcher School of Law and Diplomacy to put the request in perspective.

Russia’s annexation of Crimea in 2014 prompted the Swedes to reassess the security situation. They reintroduced conscription and started rebuilding defensive capabilities, including on the strategically important Baltic Sea island of Gotland.

Defense analysts say Finland and Sweden have modern and competent armed forces that would significantly boost NATO’s capabilities in Northern Europe. Finnish and Swedish forces train so often with NATO that they are essentially interoperable.

Adding new members typically takes months, because those decisions need to be ratified by all 30 NATO members. But in the case of Finland and Sweden, the accession process could be done “in a couple of weeks,” according to a NATO official who briefed reporters on the condition that he not be identified because no application has been made by the two countries.

“These are not normal times,” he said.

Lorne Cook contributed to this report from Brussels.