Dallas Photographer on Close Call With Texas Courthouse Shooter: ‘This Is Not How I Want to Go'

When a masked gunman opened fire outside the Earle Cabell Federal Building in Dallas, photojournalist Tom Fox was already on the scene.

Fox, a veteran photographer for The Dallas Morning News, was downtown at the federal courthouse Monday morning to get a picture of a defendant in a charter school fraud case when gunshots rang out.

Fox told NBC 5 he saw someone coming down the block but he couldn't make out who it was. He pulled out his long-lens camera and looked in the viewfinder to get a closer look. That's when Fox saw a masked man and the muzzle of a gun. After snapping a picture, he ran for cover. 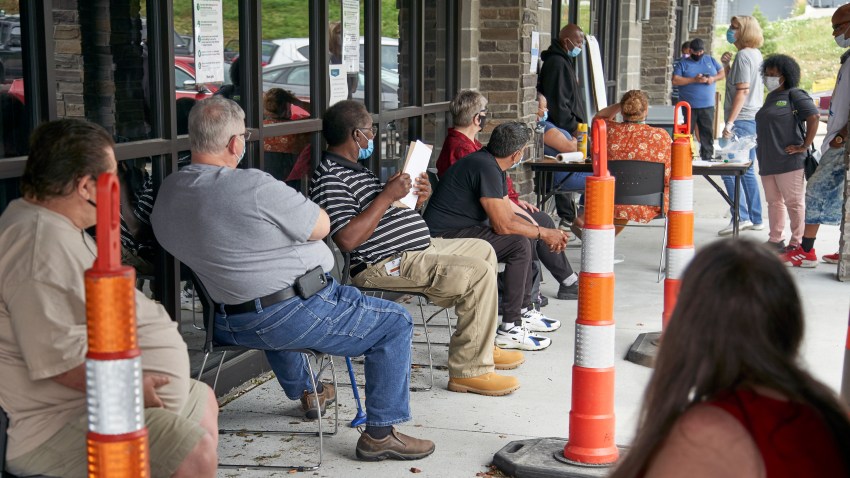 "I ran down the sidewalk thinking I had to get out of harms way, he's coming this way," Fox said. "I didn't want to be shot in the back, so I ducked in the first alcove, which happened to be the first one by the glass door at the back of the building."

The gunman, later identified as 22-year-old Brian Clyde, was carrying more than 150 rounds of ammunition for his high-powered rifle. He approached the Jackson Street entrance of the federal courthouse and "shot out the door" before Federal Protection Service officers stationed at the building engaged in a gunfight.

A video of the incident, taken from a building across the street and obtained by NBC, shows Clyde walking alongside the building, and stopping just feet away from where Fox is hiding behind a column.

"I just crouched in a corner and tried to make myself as small as possible ... and just pray that he didn’t walk past me because I'm in plain sight," Fox said. "And if he saw me sitting there with a camera, he would...I have no doubt he would have shot me."

The shooter was wounded in the exchange of gunfire with officers and fled to the parking lot across the street where authorities found him lying on the ground between two cars. Fox said he used his iPhone to grab a quick shot of Clyde on the ground, surrounded by officers. Clyde was taken to a hospital, where he was pronounced dead, authorities said.

Fox recalled thinking during the gunfire that "this is not how I want to go," and said he's just thankful to be alive.