Donald Trump and members of his family committed a long-running bank, tax and insurance fraud that was "astounding" in its scope, New York Attorney General Letitia James alleged in a blockbuster and long-awaited lawsuit on Wednesday.

And while the suit is only civil, James is referring the former president and his family to the IRS's criminal division, and to federal prosecutors in Manhattan, for possible violations of tax law.

The suit, which runs to more than 200 pages, alleges that the former president systematically inflated his net worth for purposes of getting better loan terms, while at the same time deflating his worth and the value of his holdings to get more favorable tax treatment. Trump's children Donald Jr., Ivanka and Eric are also named as defendants.

"The examples I laid out just barely scratch the surface of the misconduct that we have uncovered," James told a news conference to announce the suit, after running through a litany of claims against the former president. "The pattern of fraud and deception that was used by Mr. Trump and the Trump Organization for their own financial benefit is astounding."

"It was a scheme that by its very nature became more profitable over time," she added.

The fraud allegedly included the former president's compound at Mar-a-Lago in Florida, his controversial hotel in Washington D.C. and even his own triplex at Trump Tower in Manhattan - three examples of what the AG alleges were more than 200 instances of fraud over the course of 10 years. In one example, James said Trump overinflated the value of Mar-a-Lago almost 10-fold.

"We believe the conduct alleged in this action also violates federal criminal law," James said at the news conference, referencing the alleged filing of false financial statements, as well as purported bank fraud.

The suit struck at the core of what made Trump famous, taking a blacklight to the image of wealth and opulence he’s embraced throughout his career — first as a real estate developer, then as a reality TV host on “The Apprentice” and later as president.

For example, according to the lawsuit, Trump claimed his Trump Tower apartment — a three-story penthouse replete with gold-plated fixtures — was nearly three times its actual size and valued the property at $327 million. No apartment in New York City has ever sold for close to that amount, James said.

Trump applied similar fuzzy math to his Mar-a-Lago estate, the lawsuit alleged, by valuing the private club and residence as high as $739 million — more than 10 times a more reasonable estimate of its worth. Trump’s figure is based on the idea that the property could be developed for residential use, but deed terms prohibit that.

The value of Trump's properties have been vastly overestimated according to New York Attorney General Letitia James. The AG filed a fraud suit against the former president and his children alleging more than 200 instances of fraud over the course of a decade.

"Claiming you have money that you do not have does not amount to the art of the deal. It’s the art of the steal," she said, referring to the title of Trump’s 1987 memoir, "The Art of the Deal."

James said the investigation also uncovered evidence of potential criminal violations, including insurance fraud and bank fraud, but that her office was referring those findings to outside authorities for further investigation.

The Manhattan District Attorney's Office, which was not part of James' referral, issued a statement later Wednesday saying its own criminal probe was "active and ongoing." The odds of a criminal prosecution have been seen as falling in recent months after Bragg allowed a grand jury to disband without bringing charges.

Trump's attorney blasted the AG's lawsuit in the strongest terms.

“Today’s filing is neither focused on the facts nor the law – rather, it is solely focused on advancing the Attorney General’s political agenda. It is abundantly clear that the Attorney General’s Office has exceeded its statutory authority by prying into transactions where absolutely no wrongdoing has taken place. We are confident that our judicial system will not stand for this unchecked abuse of authority, and we look forward to defending our client against each and every one of the Attorney General’s meritless claims," attorney Alina Habba said in a statement.

The suit alleges more than 200 instances of fraud over the course of a decade, purportedly intended to obtain more favorable loan terms or tax benefits.

The former president posted about the suit to his social media site Truth Social, blasting James as a "total crime fighting disaster" and a "fraud," among other accusations.

The suit and criminal referral add to the former president's many ongoing legal woes, which include a recent FBI search of his Florida home and an ongoing probe into election interference in Georgia.

The attorney general's office subpoenaed Donald Trump and his children earlier this year, a move that touched off a bitter court fight. Trump eventually appeared for that deposition in August, only to invoke his Fifth Amendment rights more than 400 times to refuse to answer any questions.

James said Wednesday that her office has rejected multiple settlement offers by Trump's side, but that her office's doors were open if Trump wanted to pursue a deal again. 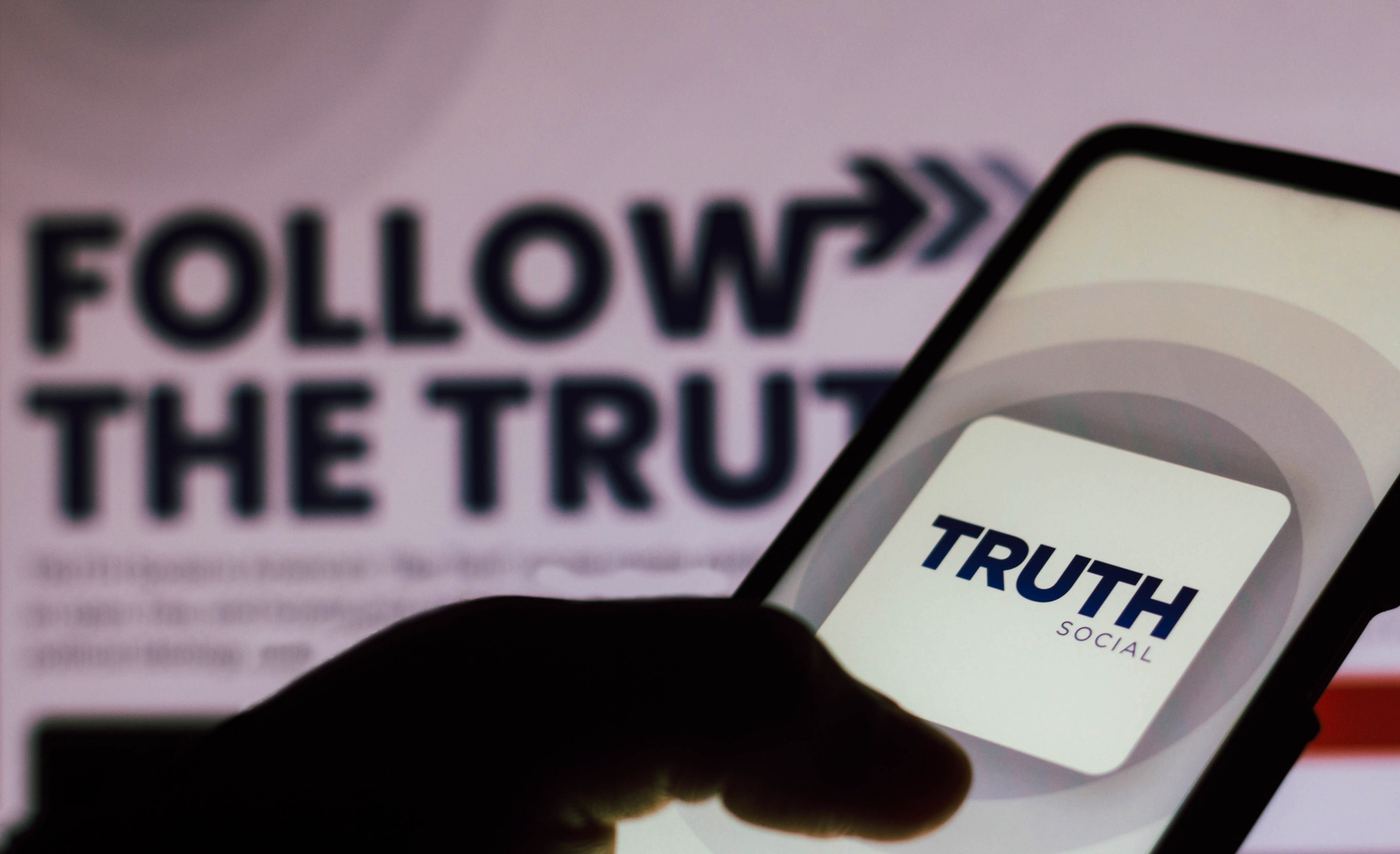 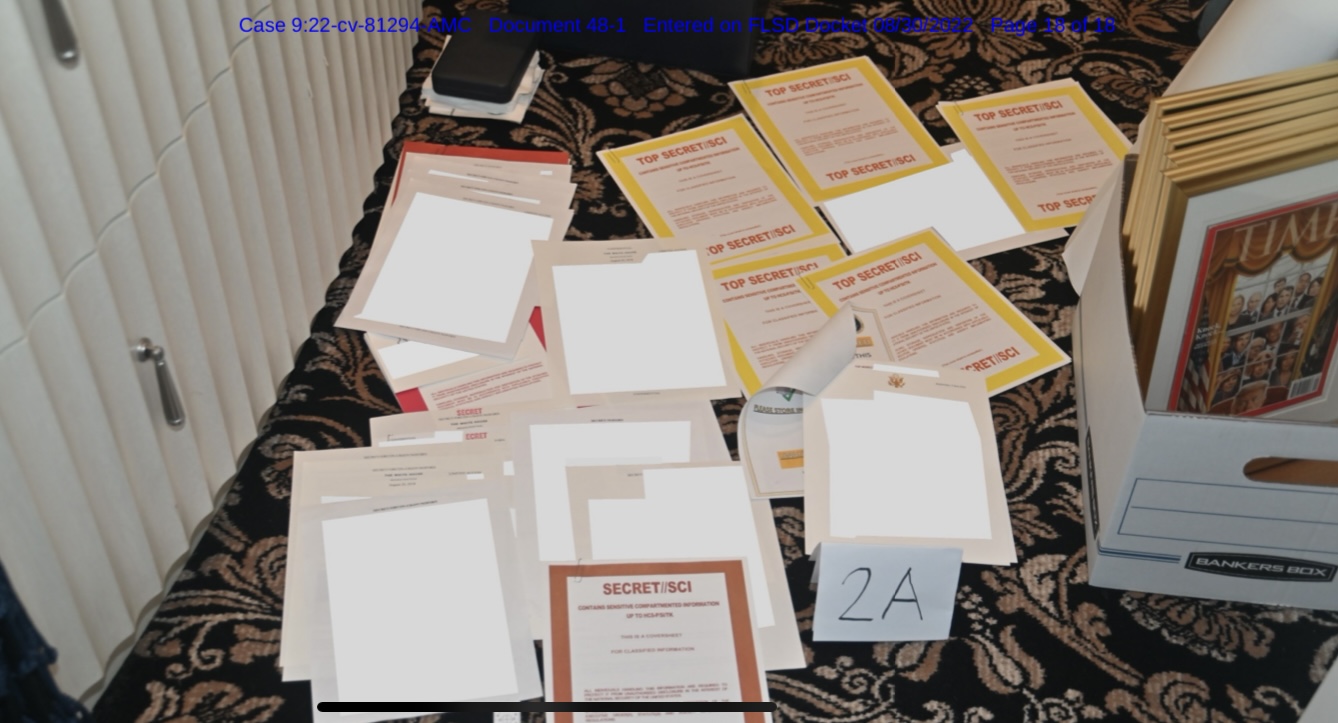 A criminal prosecution would have a far higher burden of proof than a civil lawsuit. And in a criminal case, prosecutors would have to prove that Trump intended to break the law, something not necessarily required in a civil case.

The U.S. attorney’s office in Manhattan said it was aware of James’ referral of potential criminal violations, but otherwise declined comment. The Internal Revenue Service’s criminal investigation division said it “doesn’t confirm the existence of investigations until court documents are publicly available.”

The Trump Organization is set to go on trial in October in a criminal case alleging that it schemed to give untaxed perks to senior executives, including its longtime finance chief Allen Weisselberg, who alone took more than $1.7 million in extras.

Weisselberg, 75, pleaded guilty Aug. 18. His plea agreement requires him to testify at the company’s trial before he starts a five-month jail sentence. If convicted, the Trump Organization could face a fine of double the amount of unpaid taxes.

Weisselberg and another Trump Organization executive, Jeffrey McConney, were also named as defendants in James' lawsuit.

At the same time, the FBI is continuing to investigate Trump’s storage of sensitive government documents at his Mar-a-Lago estate in Florida, and a special grand jury in Georgia is investigating whether Trump and others attempted to influence state election officials.

All of the legal drama is playing out ahead of the November midterm elections, where Republicans are trying to win control of one or both houses of Congress.

Meanwhile, Trump has been laying the groundwork for a potential comeback campaign for president in 2024 and has accused President Joe Biden’s administration of targeting him to hurt his political chances.

Trump’s previous refusal to answer questions in testimony could be held against him if a lawsuit ever reaches a jury. In civil cases, courts are allowed to draw negative inference from such Fifth Amendment pleadings.

In a previous clash, James oversaw the closure of Trump's charity for alleging misusing its assets to resolve business disputes and boost his run for the White House. A judge ordered Trump to pay $2 million to an array of charities to settle the matter.

James, who campaigned for office as a Trump critic and watchdog, started scrutinizing his business practices in March 2019 after his former personal lawyer Michael Cohen testified to Congress that Trump exaggerated his wealth on financial statements provided to Deutsche Bank while trying to obtain financing to buy the NFL’s Buffalo Bills.