A judge on Monday kept bail at $1 million for a former Minneapolis police officer charged with second-degree murder in George Floyd's death.

Derek Chauvin, 44, said little during an 11-minute hearing in which he appeared before Hennepin County Judge Jeannice M. Reding on closed-circuit television from the state's maximum security prison in Oak Park Heights. He wore a mask and handcuffs as he sat at a table, where he answered yes or no to routine housekeeping questions and confirmed the the spelling of his name and address. He did not enter a plea; a step that usually comes later in Minnesota courts.

A judge raised Chauvin’s bail from $500,000 to $1 million when a second-degree murder charge was added on Wednesday. Monday’s hearing was a chance for arguments over the higher bail. Prosecutor Matthew Frank argued for keeping the higher bail, saying the seriousness of the charges and the “strong reaction in the community, to put it mildly,” made Chauvin a flight risk. The judge agreed with the state's request for $1.25 million unconditional bail, or $1 million with standard conditions including surrendering firearms, remaining law-abiding and making all future court appearances.

Chauvin's attorney, Eric Nelson, did not contest the bail amount and didn't address the substance of the charges, which also include third-degree murder and second-degree manslaughter.

Nelson did not speak with reporters afterward. He has not commented on the case publicly since Chauvin's May 29 arrest.

Attorneys for two of the three other ex-officers charged in the case made it clear at separate first appearances for their clients on Thursday that a key element of their defenses will be to argue that their clients were rookies who tried to intervene verbally to help Floyd, but that they had no choice but to defer to Chauvin, the most senior officer at the scene. 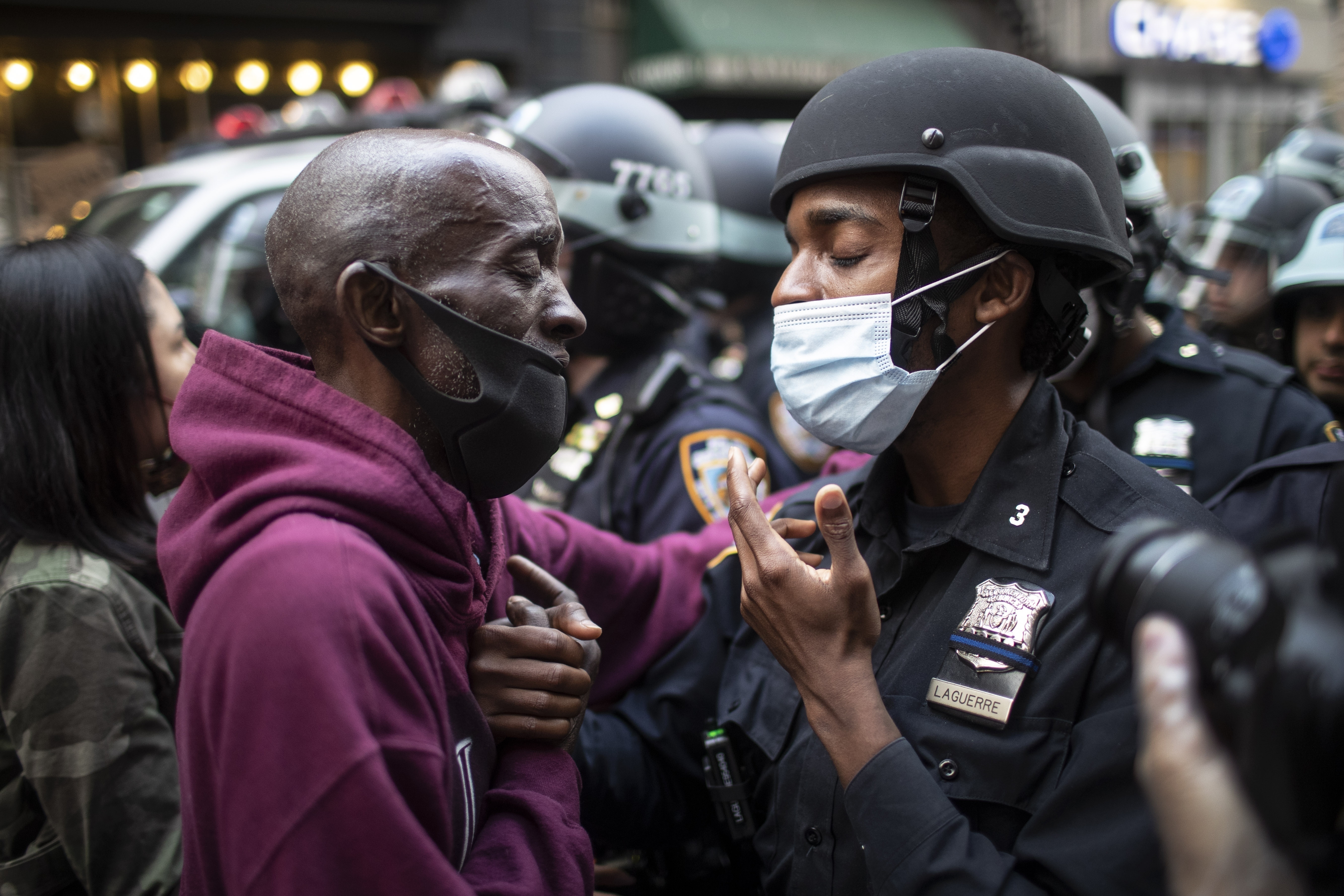 In Minneapolis, Rage Over George Floyd Extends Beyond Cops

Floyd, a handcuffed black man, died May 25 after the white police officer pressed his knee into his neck for several minutes even after Floyd stopped moving and pleading for air. His death set off protests, some violent, in Minneapolis that swiftly spread to cities around the U.S. and the globe. Chauvin and three other officers on the scene were fired the day after Floyd's death.

Lane’s family has set up a website seeking donations to help him post bond. The site highlights Lane’s relative lack of experience -- he had only recently completed his probationary period -- and his questions to Chauvin about whether Floyd should be rolled onto his side. It also noted his volunteer work.

Floyd's death has ignited calls to reform the Minneapolis Police Department, which community activists have long accused of entrenched racial discrimination and brutality. A majority of Minneapolis City Council members said Sunday that they favor disbanding the department entirely, though they have yet to offer concrete plans for what would replace it.

“Nobody is saying we want to abolish health or safety,” Council Member Alondra Cano told WCCO-AM on Monday. “What we are saying is we have a broken system that is not producing the outcomes we want.”

The state last week launched a civil rights investigation of the department. On Friday, the council approved a stipulated agreement that immediately banned the use of chokeholds and neck restraints and included several other changes. That investigation is ongoing.

This version corrects that Chauvin’s bail was raised to $1 million on June 3 and Monday’s hearing was a chance for his attorney to contest that. The name of the judge and the location of the prison where Chauvin is being held have also been corrected.