Fed Stresses Its Commitment to Low Rates as Economy Stumbles

Chair Jerome Powell said Wednesday that the Federal Reserve will keep pursuing its low-interest rate policies until an economic recovery is well underway, acknowledging that the economy has faltered in recent months.

The Fed said in a statement after its latest policy meeting that hiring and economic growth had slowed, particularly in industries affected by the raging pandemic, notably restaurants, bars, hotels and others involving face-to-face public contact. The officials kept their benchmark short-term rate pegged near zero and said they would keep buying Treasury and mortgage bonds to restrain longer-term borrowing rates and support the economy.

Speaking at a news conference, Powell made clear his belief that the economy will struggle in the coming weeks and months, until widespread vaccinations and government rescue aid eventually fuel a sustained rebound. 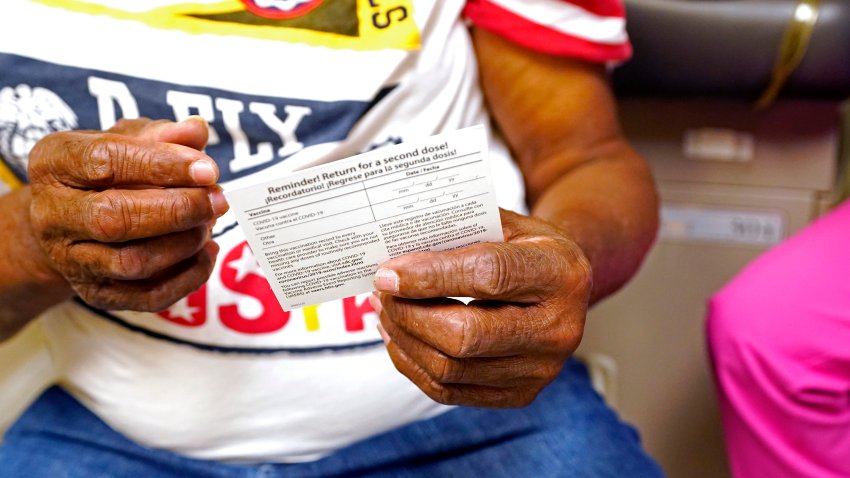 “We're a long way from full recovery,” he said. “Something like 9 million people remain unemployed as a consequence of the pandemic. That’s as many people as lost their jobs at the peak of the global financial crisis and the Great Recession.”

The Fed statement warned that the virus is posing risks to the economy. But the officials removed phrases from their previous statement in December that had said the pandemic was pressuring the economy in the “near term” and posed risks “over the medium term."

Powell said that language was removed because the Fed policymakers see the pandemic increasingly as a short-term risk that will likely fade as vaccines are distributed more widely. But he also cautioned that the threat remains a serious one, particularly because of the potential harm from new strains of the virus.

“We have not won this yet,” Powell said. “There’s nothing more important to the economy now than people getting vaccinated.”

As Powell spoke, a broad sell-off on Wall Street knocked more than 600 points off the Dow Jones Industrial Average, handing the stock market its worst day in nearly three months. The drop, which followed a recent record-setting run, came as investors focused on the uncertain outlook for the economy and corporate profits amid a still-raging coronavirus pandemic. Traders were also focused on the eye-popping surge in shares of GameStop, a money-losing video game seller that became the focus of a battle between small investors bidding it higher and big hedge funds betting it would fall.

For now, the job market is faltering, with 9.8 million jobs still lost to the pandemic, which erupted 10 months ago. Hiring has slowed for six straight months, and employers shed jobs in December for the first time since April. The job market has sputtered as the pandemic and colder weather have discouraged Americans from traveling, shopping, dining out or visiting entertainment venues. Retail sales have declined for three straight months.

Yet the Fed still envisions a sharp rebound in the second half of the year as the virus is brought under control by vaccines and government-enacted rescue money spreads through the economy. Americans fortunate enough to have kept their jobs have stockpiled massive savings that suggest pent-up demand that could be unleashed, with a big lift to the economy, once consumers increasingly feel safe about resuming their old spending patterns.

Powell was pressed during the news conference on whether the Fed should respond to the recent speculative surge in the prices of some individual stocks, notably shares of GameStop, and whether that buying frenzy suggested a dangerous bubble in overall stock prices. Powell deflected the questions by saying the Fed's interest rate policies aren't well-suited to address speculation in the stock market.

In addition, he said, “if you look at what’s really been driving asset prices in the last couple of months, it isn’t monetary policy. It’s expectations about vaccines and also fiscal policy. Those are the news items that have been driving asset values in recent months.”

Powell also noted that the Fed is keeping rates low and buying bonds to support economic growth. Reversing those policies to offset potential bubbles in the stock market, he said, could harm the economy.

“We don't actually understand the trade-off,” he said. “Will it actually cause more damage, or will it help? I think that's unresolved."

The Fed has signaled that it expects to keep its key short-term rate at a record low between zero and 0.25% through at least 2023. Earlier this month, Vice Chair Richard Clarida said he expects the Fed's bond purchases to extend through the end of this year, which would mean continued downward pressure on long-term loan rates.

The central bank said it will continue its bond purchases until it makes “substantial further progress” toward its goals of maximum employment and stable 2% inflation. Powell said “it is likely to take some time” for that progress to be achieved.

The Fed’s drive to keep long-term rates low have helped hold down mortgage rates and fueled home sales and price increases. Home prices, for example, surged 9% in November compared with a year earlier, its fastest increase in more than six years.

The prospect of significant more government rescue aid and ongoing vaccinations has raised some concern that as Americans eventually release pent-up demand for airline tickets, hotel rooms, new clothes and other goods and services, the economy might accelerate and annual inflation could surge above the Fed’s 2% target.

If many companies don’t initially have the capacity to meet that demand, prices would pick up. Powell, however, dismissed those concerns, pointing to several long-run factors that have restrained inflation for more than a decade, such as an aging population that tends to spend less and save more, technological developments that improve efficiency, and overseas competition.

“Frankly, we welcome somewhat higher inflation," Powell said. The Fed believes that inflation sustainably at 2% guards against deflation, a drop in prices and wages. And since interest rates include expected levels of inflation, that gives the Fed more room to cut interest rates. “The kind of troubling inflation that people like me grew up with seems far away and unlikely.”

The Fed adopted a framework last year that calls for inflation to average 2% over time. Given that inflation has mostly languished below that level since the Fed adopted it as a target in 2012, policymakers would have to let inflation run above 2% for some time to make up for the years of below-target price increases.