U.S. authorities have broadly expanded the use of a smartphone app during the coronavirus pandemic to ensure immigrants released from detention will attend deportation hearings, a requirement that advocates say violates their privacy and makes them feel they're not free.

More than 125,000 people — many of them stopped at the U.S.-Mexico border — are now compelled to install the app known as SmartLink on their phones, up from around 5,000 less than three years ago. It allows officials to easily check on them by requiring the immigrants to send a selfie or make or receive a phone call when asked.

Although the technology is less cumbersome than an ankle monitor, advocates say tethering immigrants to the app is unfair considering many have paid bond to get out of U.S. detention facilities while their cases churn through the country’s backlogged immigration courts. Immigration proceedings are administrative, not criminal, and the overwhelming majority of people with cases before the courts aren’t detained.

Advocates said they're concerned about how the U.S. government might use data culled from the app on immigrants' whereabouts and contacts to round up and arrest others on immigration violations.

“It’s kind of been shocking how just in a couple of years it has exploded so quickly and is now being used so much and everywhere,” said Jacinta Gonzalez, senior campaign director for the Latino rights organization Mijente. “It’s making it much easier for the government to track a larger number of people.” 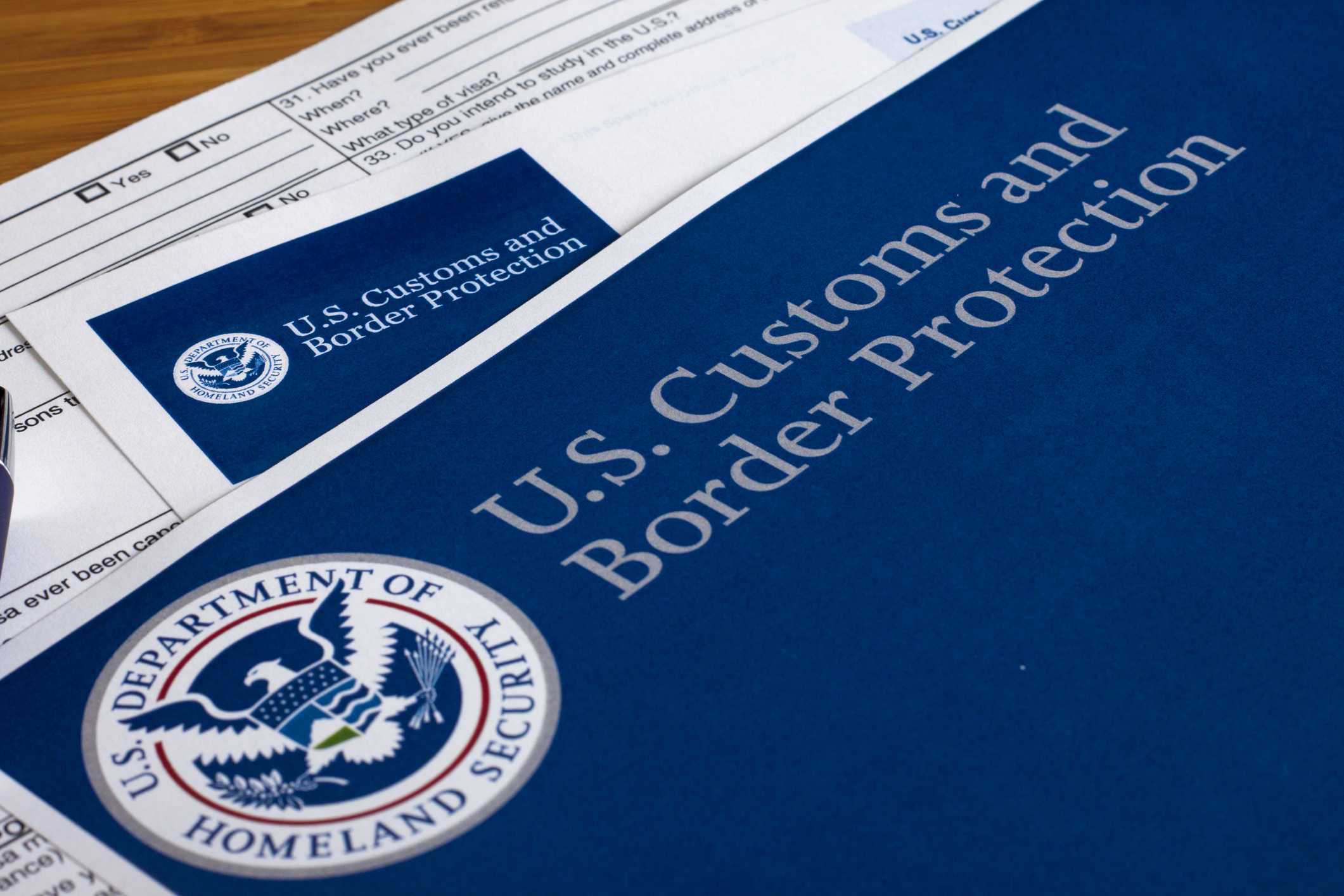 Biden Wants to ‘Secure the Border and Fix the Immigration System' 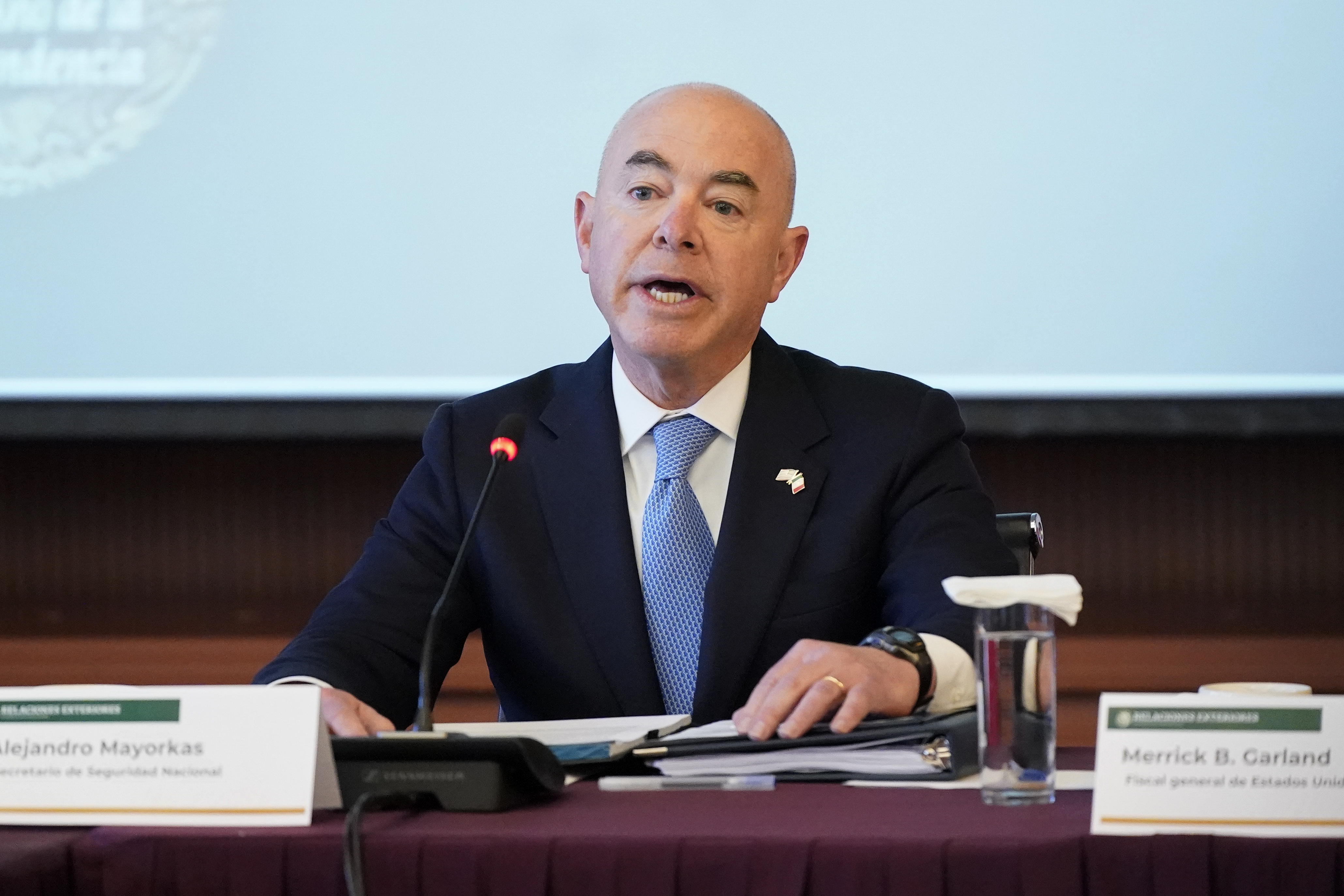 The use of the app by Immigration and Customs Enforcement soared during the pandemic, when many government services went online. It continued to grow as President Joe Biden called on the Department of Justice to curb the use of private prisons. His administration has also voiced support for so-called alternatives to detention to ensure immigrants attend required appointments such as immigration court hearings.

Meanwhile, the number of cases before the long-backlogged U.S. immigration court system has soared to 1.6 million. Immigrants often must wait for years to get a hearing before a judge who will determine whether they can stay in the country legally or should be deported.

Since the pandemic, U.S. immigration authorities have reduced the number of immigrants in detention facilities and touted detention alternatives such as the app.

The SmartLink app comes from BI Inc, a Boulder, Colorado-based subsidiary of private prison company The GEO Group. GEO, which runs immigration detention facilities for ICE under other contracts, declined to comment on the app.

Officials at Immigration and Customs Enforcement, which is part of the Department of Homeland Security, declined to answer questions about the app, but said in a statement that detention alternatives “are an effective method of tracking noncitizens released from DHS custody who are awaiting their immigration proceedings.”

In recent congressional testimony, agency officials wrote that the SmartLink app is also cheaper than detention: it costs about $4.36 a day to put a person on a detention alternative and more than $140 a day to hold someone in a facility, agency budget estimates show.

Advocates say immigrants who spent months in detention facilities and were released on bond are being placed on the app when they go to an initial meeting with a deportation officer, and so are parents and children seeking asylum on the southwest border.

Initially, SmartLink was seen as a less intensive alternative to ankle monitors for immigrants who had been detained and released, but is now being used widely on immigrants with no criminal history and who have not been detained at all, said Julie Mao, deputy director of the immigrant rights group Just Futures. Previously, immigrants often only attended periodic check ins at agency offices.

“We’re very concerned that that is going to be used as the excessive standard for everyone who’s in the immigration system," Mao said.

Advocates questioned whether monitoring systems matter in these cases, noting someone who wants to avoid court will stop checking in with deportation officers, trash their phone and move, whether on SmartLink or not.

They said they’re concerned that deportation agents could be tracking immigrants through SmartLink more than they are aware, just as commercial apps tap into location data on people’s phones.

In a 2019 Congressional Research Service report, ICE said the app wasn't continually monitoring immigrants. But advocates said even quick snapshots of people's locations during check ins could be used to track down friends and coworkers who lack proper immigration authorization. They noted immigration investigators pulled GPS data from the ankle monitors of Mississippi poultry plant workers to help build a case for a large workplace raid.

For immigrants released from detention with ankle monitors that irritate the skin and beep loudly at times, the app is an improvement, said Mackenzie Mackins, an immigration attorney in Los Angeles. It's less painful and more discreet, she said, adding the ankle monitors made her clients feel they were viewed by others as criminals.

But SmartLink can be stressful for immigrants who came to the U.S. fleeing persecution in their countries, and for those who fear a technological glitch could lead to a missed check in.

Roseanne Flores, a paralegal at Hilf and Hilf in Troy, Michigan, said she recently fielded panicked calls from clients because the app wasn't working. They wound up having to report in person to immigration agents' offices instead.

“I see the agony it causes the clients,” Flores said. “My heart goes out to them."