Jarred Holmes was supposed to have been working inside a candle factory when it was ripped apart by a monstrous tornado that killed an untold number of employees and trapped many others under mounds of debris.

But Holmes' fiancee had insisted he stay home Friday night because of the looming weather.

“She told me she had a bad feeling,” Holmes, 20, said Saturday outside the factory, where he awaited word on his coworkers. "I was going to go to work, but she basically demanded me to stay home.”

Kentucky residents affected by the twister grappled with its force and destruction and shared harrowing stories of survival even as some rushed out to help with rescue efforts. Gov. Andy Beshear said upwards of 70 people may have died when the tornado touched down for more than 200 miles (320 kilometers) in his state, but the number of deaths could exceed 100 across 10 or more counties. 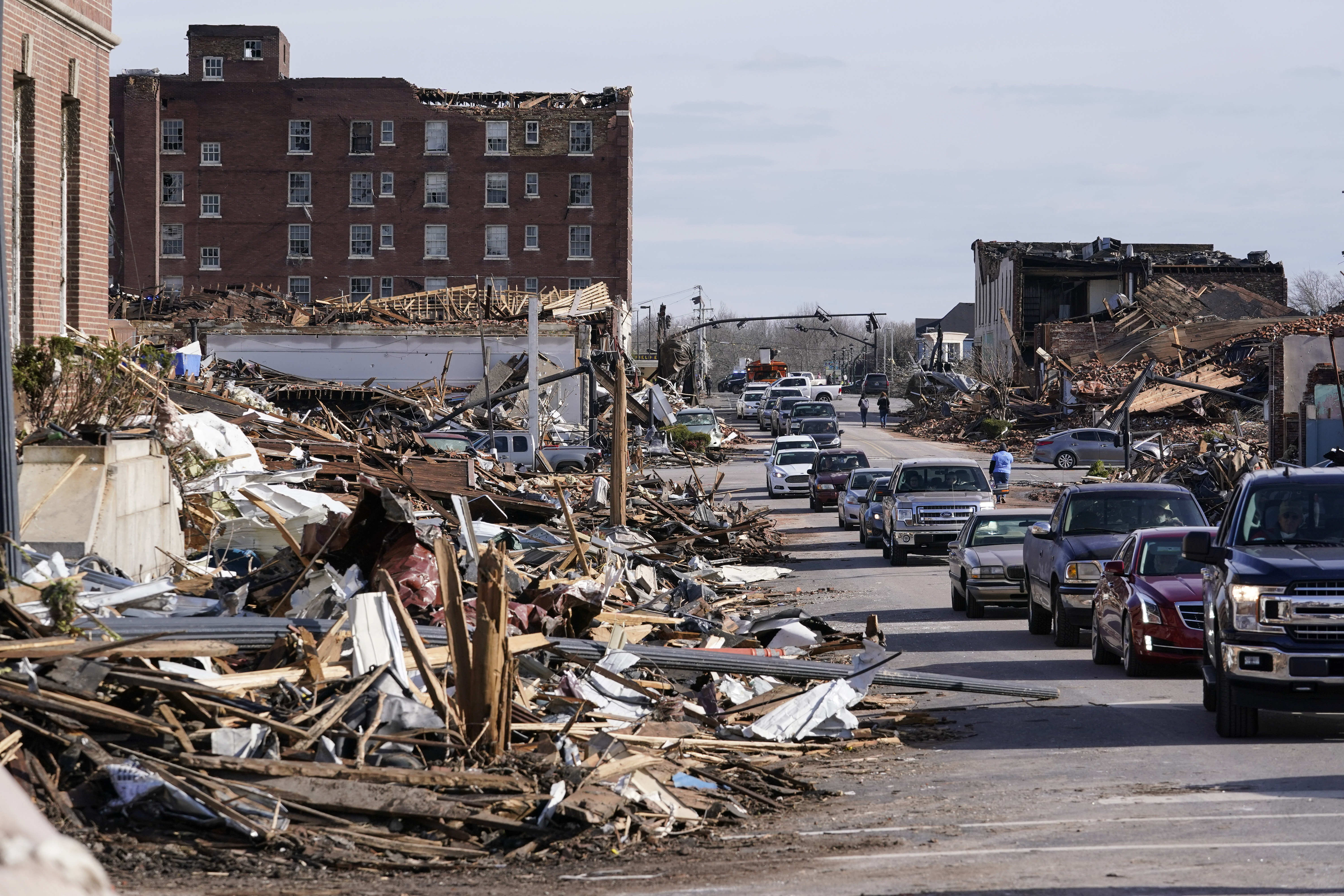 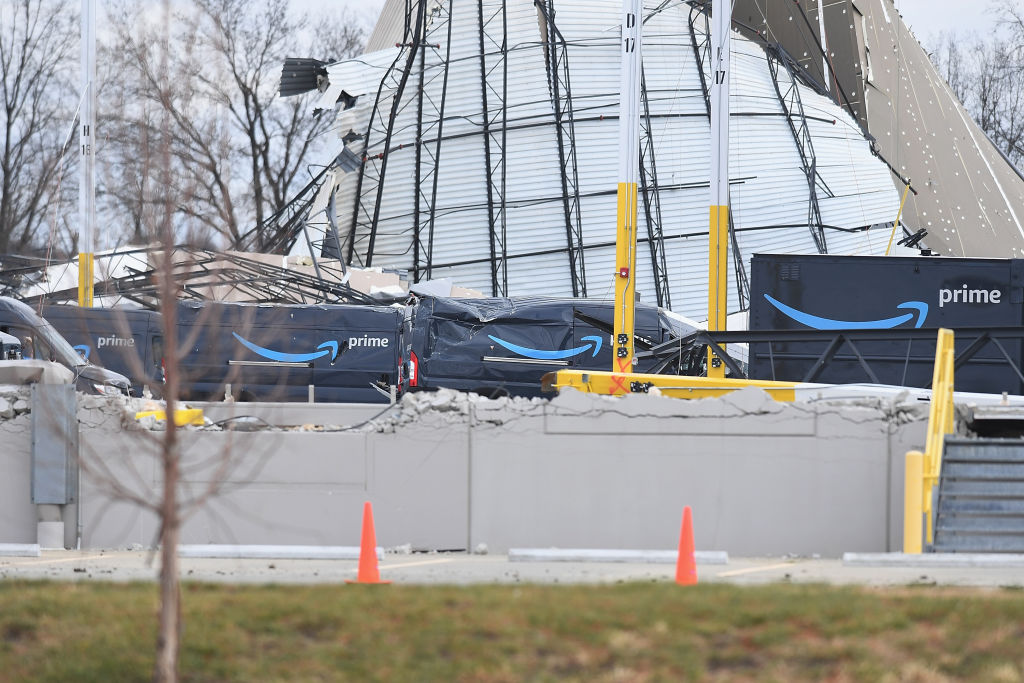 Vernon Evans sifted through debris at one of the many residential houses that were torn to bits near Mayfield‘s downtown center. Earlier Saturday, he said he helped firefighters evacuate people from under a brick wall that collapsed at a nursing home. He recalled finding one resident dead and lying facedown in a few inches of water.

“All I could do is sit there and hold their head up," he said. "I never experienced nothing like this.”

In Mayfield, heaps of debris from destroyed buildings and shredded trees covered the ground. Twisted metal sheeting, downed power lines and wrecked vehicles lined the streets. Windows and roofs were blown off the buildings that were still standing.

Bob Waldridge, pastor of Yahweh Baptist Church, loaded chairs, pews and sound equipment from the damaged 100-year-old church building into a trailer. He arrived at the church to find water everywhere.

“The wind came through, and everything that was in the foyer ended up in the back of the church," he said. “And it blew the back wall of the church out, and it took the roof off the church.”

He said church members intend to have a prayer service Sunday, and several other local churches had reached out to offer their space. One family that attends church was in their home when it was leveled by the storm, and two members of that family were flown by helicopter to a hospital in Nashville, Tennessee, he said.

“It’s just a building, but I’m more worried about the people. There are a lot of folks that are hurt right now," he said.

Tornadoes and severe weather caused catastrophic damage across multiple states late Friday, killing at least six people overnight as a storm system tore through a candle factory in Kentucky, an Amazon facility in Illinois and a nursing home in Arkansas. The Kentucky governor said he feared dozens more could be dead.

Graves County Circuit Judge Kevin Bishop, who lives just outside Mayfield, said his family rode out the storm in a bathroom.

"We hunkered down with as many pillows and blankets over everybody’s heads and prayed,” he said.

His home suffered minor damage, but the storm tore off the roof of the courthouse where he works. He said it will take a while for Mayfield to recover.

“We’re strong, we’ll work together, but it’s going to be a long time,” he said.

Courtney Saxton, 38, and five of her children got into a bathtub to try to stay safe when the twister struck. When she emerged, the roof of her Mayfield home was gone. Saxton’s family sought shelter Saturday night at the St. Jerome Parish Hall in nearby Fancy Farm.

Her kids, ranging in age from 3 to 13, were adjusting to their new surroundings. A TV played kids’ movies and a table was arrayed with coloring books, crayons and games. The children were not injured, but she recalled their terror.

“They were scared, screaming, crying,” she said. “It was awful. I was trying to calm them down, but the whole time I’m praying. I knew that God would see us through.”

Her husband, Mark, was working at the candle factory and got trapped under debris for hours before he was rescued. He had cuts and scrapes but was otherwise OK.

“He was calling us hollering and screaming and crying because he was stuck,” she said. “It was scary for me because I’m thinking, ‘Oh my God, is he going to make it? So I prayed with him over the phone, too. I just kept talking to him, kept telling him that God will work it out, be strong, don’t give up, keep fighting.”