Southern cities slammed by winter storms that l eft millions without power for days have traded one crisis for another: Busted water pipes ruptured by record-low temperatures created shortages of clean drinking water, shut down the Memphis airport on Friday and left hospitals struggling to maintain sanitary conditions.

In Texas, 7 million people — a quarter of the population of the nation’s second-largest state — were under orders to boil tap water before drinking it because low water pressure could have allowed bacteria to seep into the system. A man died at in an Abilene health care facility when a lack of water pressure made medical treatment impossible.

About 260,000 homes and businesses in Tennessee’s largest county, which includes Memphis, were told to boil water because of water main ruptures and problems at pumping stations. Restaurants that can't do so or don't have bottled water were ordered to close. And water pressure problems prompted Memphis International Airport to cancel all incoming and outgoing Friday flights.

In Jackson, Mississippi, most of the city of about 161,000 had no running water. Crews pumped water to refill city tanks but faced a shortage of chemicals for treatment because icy roads made it difficult for distributors to deliver them, Mayor Chokwe Antar Lumumba said.

He said the city's water mains are more than 100 years old and not built to handle the freezing weather that hit the city as multiple storms dumped record amounts of snow across the South.

“We are dealing with an extreme challenge with getting more water through our distribution system,” said Lumumba.

The city was providing water for flushing toilets and drinking, but residents had to pick it up, leaving the elderly and those living on icy roads vulnerable.

Lisa Thomas said her driveway on a hill in Jackson was a sheet of ice. Her husband, who is on a defibrillator and heart monitor, has only enough heart medication to get him through Sunday because she hasn’t been able to go to the pharmacy.

Paul Lee Davis got to the front of the line at a water station set up by city officials only to have the water run out. He was still waiting for it to be replenished three and a have hours after he arrived.

“We need water, the stores all are out. I don’t see what choice we have," Davis said.

The water woes were the latest misery for residents left without heat or electricity for days after the ice and snow storms earlier in the week, forcing rolling blackouts from Minnesota to Texas.

Texas electrical grid operators said Friday that transmission had returned to normal for the first time since historic snowfall and single-digit temperatures created a surge in demand for electricity to warm up home — buckling the state’s power grid and causing the widespread blackouts.

Smaller outages remained, but Bill Magness, president of the Electric Reliability Council of Texas, said the grid now can provide power throughout the entire system.

Gov. Greg Abbott ordered an investigation into the failure for a state known as the U.S. energy capital. ERCOT officials have defended their preparations and the decision to begin forced outages Monday as the grid reached a breaking point.

The storms also left more than 330,000 from Virginia to Louisiana without power. About 60,000 in Oregon on Friday were still enduring a weeklong outage following a massive ice and snow storm. Oregon’s governor ordered the National Guard to go door-to-door in the hardest-hit areas to ensure residents have enough food and water.

The extreme weather was blamed for the deaths of at least 46 people from 10 states, including a Tennessee farmer who tried to save two calves that apparently wandered into a frozen pond. A growing number of people have perished as they struggled to keep warm.

Southlake, Texas police officers use some quick-thinking and a lot of bravery to save a dog that had fallen into a frozen lake.

“What has me most worried is making sure that people stay warm,” Fenton said on “CBS This Morning."

In many areas, water pressure dropped after lines froze and because people left faucets dripping to prevent pipes from icing, authorities said.

More than 1 million gallons (3.8 million liters) of water was being trucked Friday to the Texas capital. But Austin's water director, Greg Maszaros, implored residents to minimize the use of home faucets because "there’s still a lot of unknowns as we pressurize the system.”

In Dallas, David Lopez said the plumbing company he works for received more than 600 calls for service over the last week.

“It’s pretty much first come, first served,” said Lopez, as he and a colleague manhandled a new water heater out of their van on Friday. “Everyone’s got emergencies."

Houston residents probably will have to boil tap water in the fourth-largest U.S. city until Sunday or Monday, said Mayor Sylvester Turner. 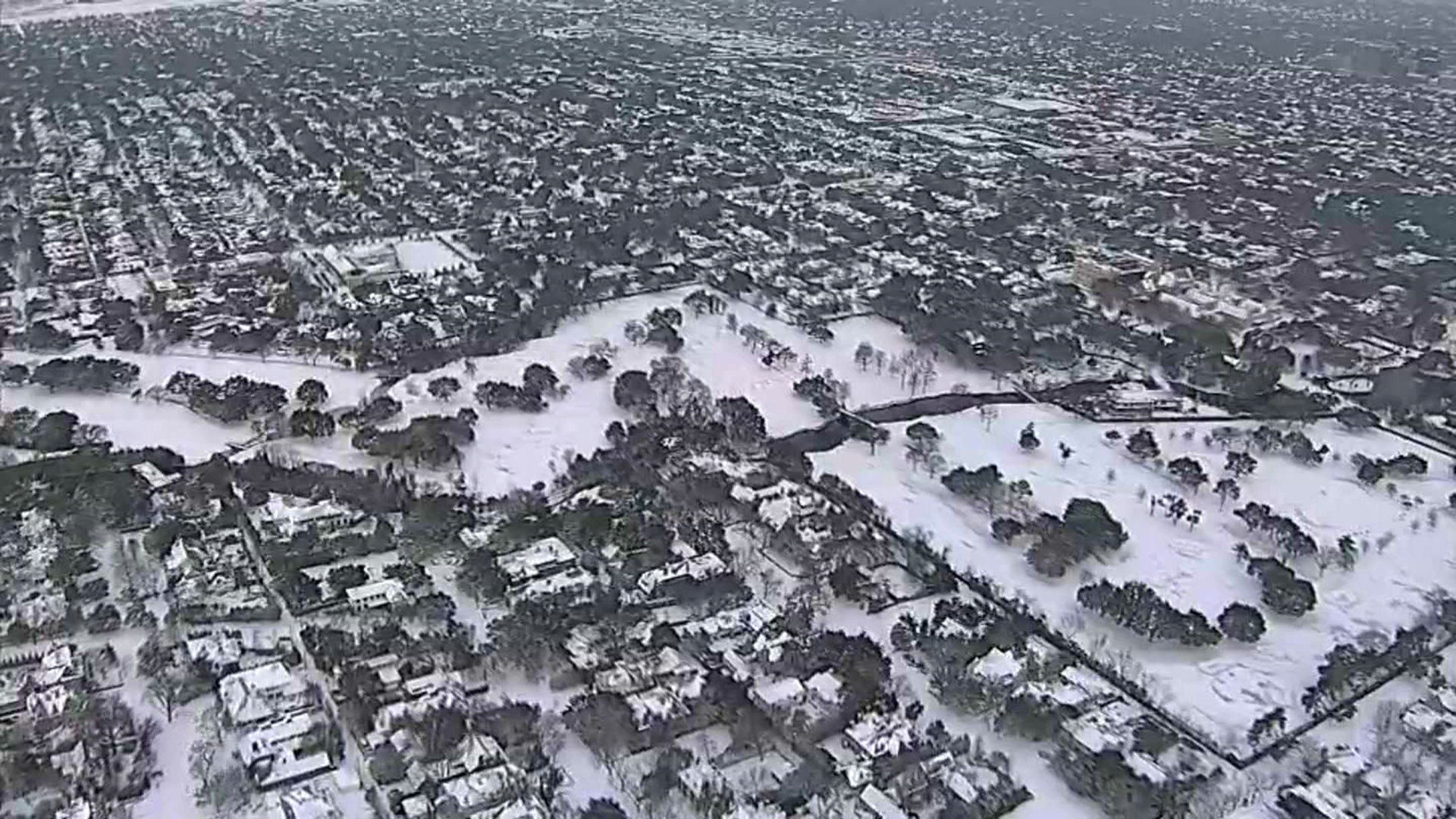 How to Help Those Affected by the Winter Storm in Texas 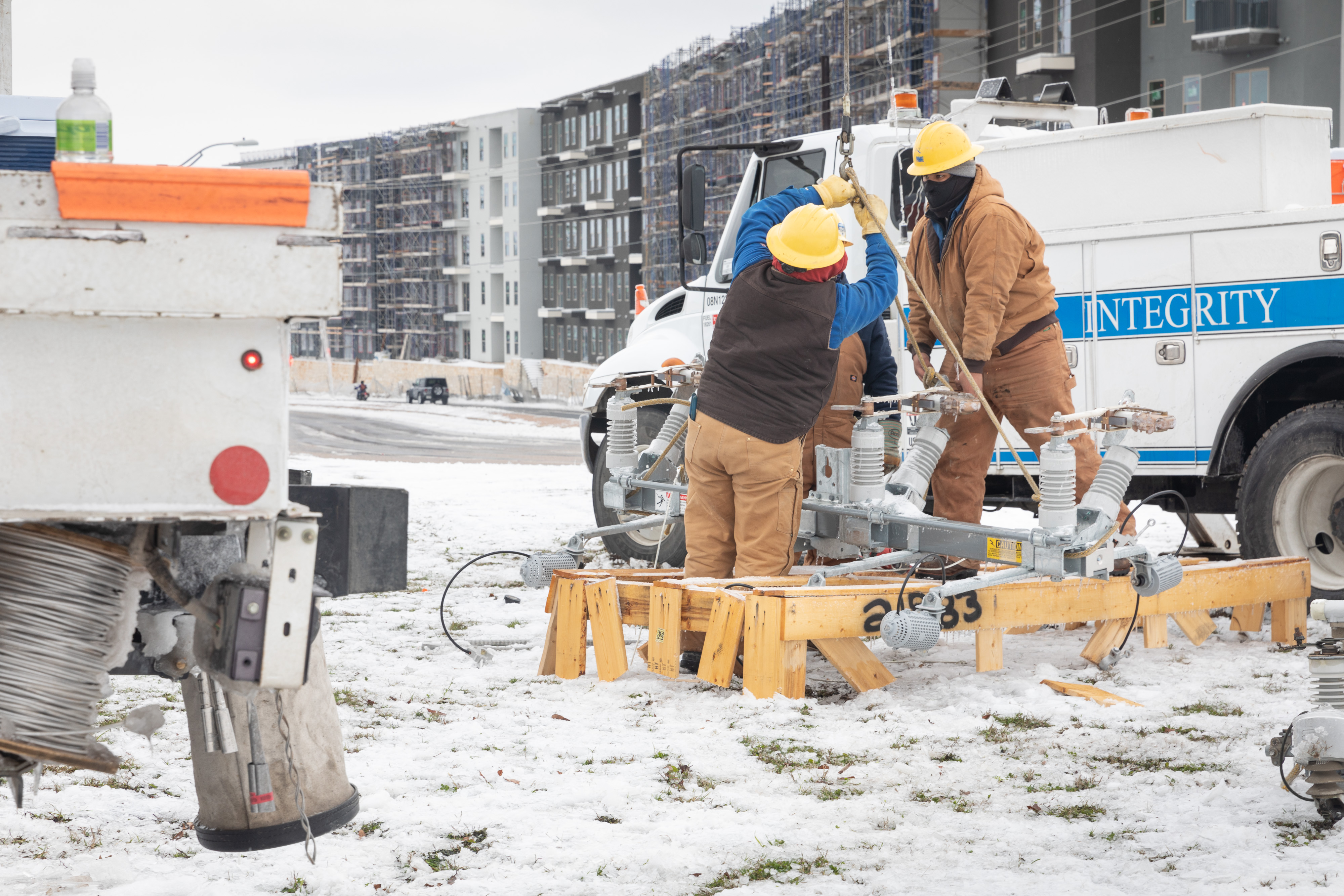 St. Jude Children’s Research Hospital in Memphis said it was forced to switch to bottled water and bagged ice for all consumption and that staff and patients were washing with hand sanitizer and no-rinse bathing wipes. All non-urgent surgeries were postponed.

In Little Rock, the Museum of Discovery reported that a broken pipe flooded its building — causing extensive damage to theaters, galleries and offices and killing one display animal, a blue-tongued skink lizard.

More than 192,000 Louisiana residents -- some still struggling to recover from last August's Hurricane Laura -- had no water service Friday, according to the state health department. Tens of thousands more remained under boil-water advisories.

Crippling winter storms in Texas, destructive wildfires in California, devastating hurricanes in the Caribbean. Climate change is making extreme weather the new normal. Dr. Sweta Chakraborty, a risk and behavioral scientist, joined LX News to explain how climate change has altered the dynamics of the Earth to such an extent that “we’re basically on a brand new planet.”

Bulk and bottled water deliveries were planned Friday to the hardest-hit Louisiana areas with a focus on hospitals, nursing homes and dialysis centers, Louisiana Gov. John Bel Edwards said, adding that he was hopeful that warmer weather expected during the weekend would speed up repairs.

In the community of Hackberry, near Lake Charles, Louisiana, Nicole Beard said her boyfriend crawled under his house to try to fix a broken water line but couldn't because he didn't have the right parts and it was too dark. She was using bottled water and sent her two daughters to stay at another home.

"People are still just struggling over here,” she said.